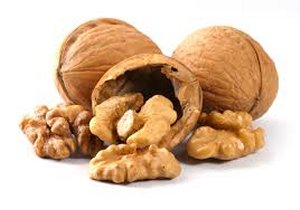 During periods of psychological or social stress, the hormone cortisol wreaks havoc with your body. We don’t need to tell you anything about that. Just how ravaging the effects of work problems or relationship perils (two of the big stressors) are for you probably depends on the fatty acid composition of your diet. If you consume relatively high amounts of omega-3 or omega-6 fatty acids the damage will be limited, biologists at the University of Vienna discovered.

Study
The researchers did an experiment with guinea pigs, which first spent 20 days alone in a cage and then three days in a cage with other animals. Sharing a cage is stressful for guinea pigs and causes a rise in cortisol levels.

Some animals were given standard feed: the control group.

The human equivalent of the doses the researchers used would be 7-10 g per day.

Results
During the days that the guinea pigs had to share a cage with other animals their cortisol levels rose.

The total amount of cortisol that the guinea pigs synthesised during the experiment was partly determined by the fatty acids in their diet. Supplementation with chia and walnut reduced cortisol production, but peanuts had no effect.

When subjected to social stress guinea pigs move less. The researchers also observed this in their experiment. Walnut supplementation cancelled out the reduction in locomotor activity however. The positive effect of chia was not statistically significant.

The research results suggest that the body needs both types of polyunsaturated fatty acids to fight stress.

Conclusion
“We finally conclude that dietary supplements high in poly unsaturated fatty acids can play a positive role in modulating behavioral and physiological stress responses in a social environment, and glucocorticoids may affect the plasma n-3 and n-6 fatty acid status, indicating an interaction of unsaturated fatty acids and […] stress in guinea pigs”, the researchers wrote.

Unsaturated fatty acids (UFAs), such as omega-3 and omega-6 poly- and omega-9 monounsaturated fatty acids are important nutrients and major components of neuronal cell membranes. They play a major role in modulating brain functions and physiology and may therefore diminish behavioral and physiological stress reactions in corroboration with decreased cortisol concentrations. Functionally, cortisol itself can modulate several behaviors and also the fatty acid metabolism in the long term. But only little is known about the behavioral and physiological influences of dietary UFAs in a social group, where individuals are regularly exposed to stressful situations. Therefore, the aim of this study was to determine the effects of dietary UFAs on saliva cortisol concentrations and behavioral responses in socially confronted guinea pigs. Three groups of animals were additionally supplemented with 500 mg chia seeds (high in omega-3), walnuts (high in omega-6), or peanuts (high in omega-9) per kg bodyweight each day and compared to a control group. During social confrontation saliva cortisol concentrations significantly increased in all groups, which was accompanied by a loss in bodyweight. However, cortisol levels remained lower in the chia and walnut groups compared to controls. Additionally, the walnut group displayed significantly increased locomotion, while no differences between groups were detected in socio-positive, sexual, or aggressive behaviors. Total plasma omega-3, omega-6, and omega-9 fatty acids were significantly increased in the corresponding groups, due to the dietary supplementations. However, a significant decrease in plasma omega-3 and an increase in plasma n-6 fatty acids were detected in the chia group when comparing the measurements before and after social confrontation. We conclude that both omega-3 and omega-6 polyunsaturated fatty acids can diminish behavioral and physiological stress responses to the social environment, enabling individuals to cope with social stressors, but at the expense of plasma derived omega-3 fatty acids.