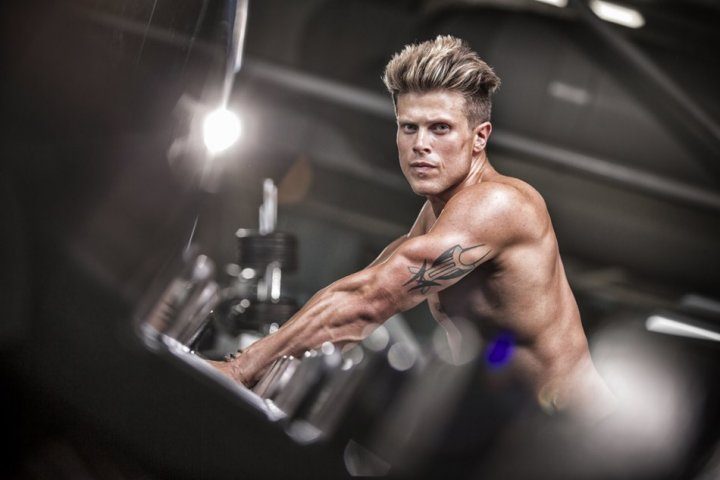 Think about all the sponsored athletes we have seen over the years. Don’t just look at our (fitness) industry, but look at athletics and other industries as well. You see celebrities smiling next to products or brands, athletes touting this or that product is the best thing on the market, and consumers rushing to the store to pick up the product being pushed by their idols. While this can be great for business, it shows just how dumb society is getting. Endorsements were huge several years back, no now one is buying into the thought that someone who is being PAID to stand with a company is actually being truthful with how they feel about the brand and/or product.

Can a product no longer sell itself based off its quality or problem that it solves? Think about that for a second. After all, if it were a good product, businesses wouldn’t need to pay athletes and public figures all that money and have them look like a $5 whore on the corner who needs money to pay their pimp just so they can get some money at the end of the night to survive. Right? Do these athletes really need to lie in order to make money? Don’t they perform for a living and entertain us to pay for their fancy cars and oversized homes? So, explain to me exactly why I need you to be in an ad telling me about a product you’ve never used, don’t care about, and are getting paid to lie to me about?

I’m not dumb. Actually, far from it. I see through the BS that is coming out of your mouth or the fake smirk on your face standing next to a product you’re getting paid to push. Don’t these public figures and athletes realize that the businesses they are working with don’t care about them, they care about their product getting exposure and your mug just happens to be a way for them to accomplish that based off your image, notoriety, and public image.

If you’re in the industry, you already know it’s pretty tight. Everyone knows everyone (whether that’s good or bad is for you to decide). I’ve worked for a supplement company where we had athletes coming and going all the time. Some of our better athletes stuck around for a long time when we were heavy on having a “team” of athletes. But the last few years before my departure from the company, I myself, started to realize the athletes aren’t doing anything for the brand. They aren’t doing enough to get paid what they were getting. They weren’t winning any shows so they weren’t in the forefront of the industry. And if those athletes who I worked with are reading this they will probably be angry, but they know it’s true.

Many people see through athletes pushing products these days. They didn’t use certain products to look a certain way or to perform a certain way. It’s called hard work, dedication, and talent. What’s even more hilarious is when an athlete leaves a brand that they were under contract with for a year (or longer) and within the next month signs with another brand saying how their products are the best and helped them achieve their physique and success in the industry leaves me scratching my head. Are they really insulting our intelligence? Are they hoping we don’t see what they are saying and call them out on it?

I get it, these individuals want money for brands to use their image. Do I blame them? Heck no—make your money. But times are changing. Because you feel you have a name or face in the industry doesn’t mean anything. And if you’re a sponsored athlete these days, you’re pretty much just laughed at. There will be people that want to pay for athletes, but many of them are doing it because they don’t have a product that can pull itself off the shelves. And that’s unfortunate where those businesses need to go out and drop an insane amount of coin on an athlete or athletes just to try and get some traction on their product. And most of these athletes aren’t worth anywhere close to what they are getting paid for their sponsorship deal.

So where does that leave us today?

Consumer engagement. The more you can include interaction with your consumer, the better. People want to feel like they are a part of their favorite brand, not just a consumer opening up their wallet and shrinking their bank account. Supplements these days are not cheap. And many people don’t have the disposable income they once had. For that reason, they need to feel something more than just a sense of ownership when it comes to leaving their local supplement store or receiving a package on their doorstep with their order of supplements. They want their money to stretch as far as possible and by making them feel “included” many appreciate the added value.

The good news is, many companies get it and understand the concept of inclusion. They have product testers, contests for consumers to guess their next flavor or give ideas on what flavor they should produce next. Many have “VIP” programs that allow certain consumers to purchase a product before it’s launched at a discounted price. Anything a brand can do to make a consumer feel like they are more than a consumer will help with brand loyalty and retention. If a brand can make that consumer feel like they have a relationship with them, they will generally have that consumer for life unless the brand does something to break the trust that was built.

Where does that leave those very athletes we saw representing brands/products?

It leaves them going back to their careers. Being “sponsored” isn’t a career and it isn’t a “right”. It was a privilege and as such they should be extremely thrilled that the ride lasted as long as it did for them. Now they need to go back and do what we all expect them to do—work. Go grind. Go compete. Go entertain us. Go and do what made you who you are today.