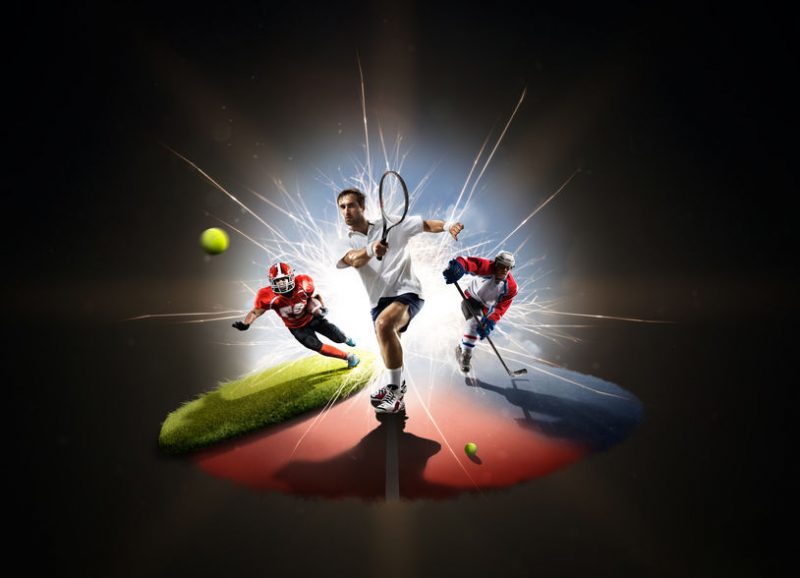 I would say “lately” but over the past several years there has seemed to be a witch-hunt going on with our industry. Everyone wants to point the finger at bodybuilders and call them “cheaters” and say how without the use of steroids and PEDs that they wouldn’t look anything like that, etc. Well, you might be correct. But, what you might not know is that many other athletes that you watch on television and spend money on tickets to go watch are using many illegal and banned substances as well. Don’t believe me? Researchers took a closer look at just how many athletes admit to using PEDs (if they knew they won’t be penalized for being truthful and open about their use).

You pulled the gun out of the holster and fired off a quick shot at the bodybuilding industry. Now, you’re going to need to holster that bad boy and listen to the cold hard facts. What if I told you that researchers have found that surveying 2,167 athletes at two major events yielded 30-45% of those athletes to admit to “doping?” This is showing a staggering statistic that doping is prevalent in pretty much all sports when you take a closer look at things.

And these statistics from this study are of the athletes who were actually telling the truth, I wonder how many more still lied because they were too embarrassed to admit that they are cheating? Of the 2,320 athletes at the two events, only 90% agreed to take part in the study. I don’t want to speculate, but it raises the question of if 10% right off the bat that didn’t want to answer or be a part of the study were guilty and because of this, wanted nothing to do with the study because they were ashamed and didn’t want to admit to cheating? So, could the 30-45% who admitted to using banned substances and who took part in the survey actually be more like 40-55% of the athletes? Hmm. Interesting…

The researchers gathered information from athletes who competed in the 2011 International Association of Athletics Federations (IAAF) World Championships as well as the Pan-Arab Games where they asked athletes if they took doping drugs or other banned substances before competition. And guess who wanted these researchers to conduct this study? The World Anti Doping Agency (WADA). Surprising? I’m actually not surprised.

While WADA wants to keep all sports clean, they aren’t naïve like some people to think that athletes aren’t looking for an edge on their competition and do whatever is necessary thanks to the “win at all cost” mentality. I mean, it’s only cheating if you get caught, right? Interestingly enough, it’s said that when testing athletes before or during competition, only 1-3% of athletes are detected of doping. Why? Because they are smart and know when to end cycles.

When looking at the bodybuilding community and professional bodybuilders, you’re shooting fish in a barrel because many of them are at least on something throughout the year. Meanwhile, people are watching their favorite athletes on television thinking they are squeaky clean, yet, they too have some hidden demons you aren’t aware of when it comes to PED use. NBA, NFL, NHL, MLB, heck even PGA!

Don’t be so hypocritical

When it came to the findings, researchers mentioned, “The randomized response method is used for sensitive topics. In a direct face-to face interview, respondents would be strongly motivated to provide socially desirable responses, even if these responses were not true. Anonymity gives protection, allowing the respondents to answer honestly.” This is in regards to the method used for the study. They used a digital questionnaire where the athletes could simply choose their response without any personal information being collected or used against them in any way.

Another researcher said, “Overall, this study suggests that biological tests of blood and urine greatly underestimate the true prevalence of doping. As we note in the paper, this is probably due to the fact that athletes have found various ways to beat the tests.” Anyone who has a brain and asks the right questions would want to know how long a substance stays in the body where it can be detected by a drug test or screening. Whether it’s 24 hours, 48 hours, etc. depends on the specific PED used. So, if an athlete knew he or she could use a product and then be “clean” after 24 hours, they would clearly know when to stop use. This begs the question of how smart some athletes are who get caught.

So, if a competitor had half a brain, they wouldn’t take anything close to an event or contest where testing for banned substances was involved. It’s common sense. If there aren’t random testings going on when NOT competing, athletes will constantly test clear at competitions if they play their cards right and stop using the banned substances or PEDs well in advance.

What has WADA learned from this? One researcher commented by saying, “The study brings opportunities for a constructive debate regarding new strategies for combating doping. The randomized response method is a good way to make informed statements about the actual spread of doping.”

Without a doubt, this study was an eye-opener for WADA and probably many other organizations and federations. Hopefully, it was an eye-opener for you too if you have been hypercritical about PED use in areas such as bodybuilding. While testing has improved greatly over the years, it seems like chemists are always one step ahead of any testing method out there. And if there is a way to use a PED without the risk of detection, you know there will be athletes who gobble it up.