Newer PostWill 2018 Be Any Different for Cedric McMillan?
Older PostResearchers Prove PED Use Among Other Athletes
Share on FacebookShare on TwitterShare on LinkedinShare on Pinterest 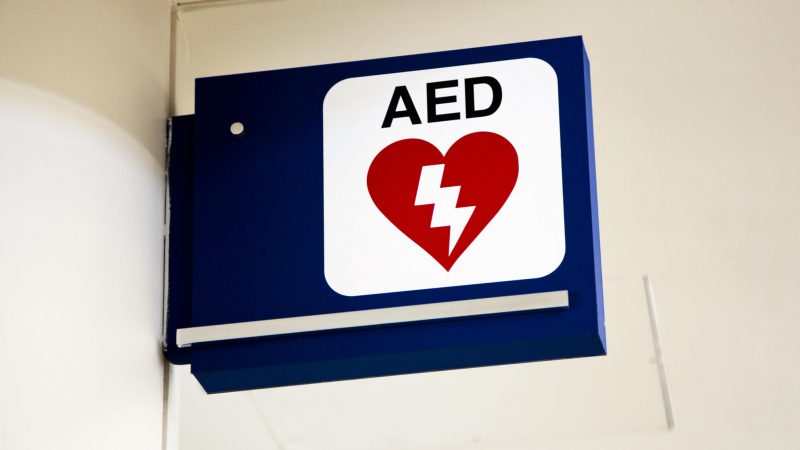 Many of us in the fitness and bodybuilding industry have seen or heard of quite a few people dropping dead due to a heart attack. Unfortunately, many deaths come from not having the tools needed on site to help bring the person back and get their heart beating again. With the advent of automatic external defibrillators (AEDs), however, many lives have been saved in the gym and on the playing field. In fact, an 18-year study found that an astonishing 93% of the cases involving heart attacks where an AED was on site saved the individuals life.

More gyms and fitness centers should be investing in AED’s

When it comes to life-saving, many people who work in gyms as well as athletic trainers who work with athletes are CPR certified—and that’s great. However, the chances for survival of the individual who’s laying there increases with the use of an AED. One researcher mentioned, “Sudden cardiac death is a leading cause of death in Europe, affecting more than 300,000 people each year. The chance of survival decreases with every passing minute in which defibrillation is not performed.” That survival rate obviously doesn’t change depending on your geographical location.

The AED is a truly astonishing product. It’s simple to use and is extremely effective as shown by the studies surrounding its use. It’s my personal belief, as well as some of the researchers in the study, that an AED is necessary in any location where physical activity is taking place.

It’s obvious that the chances of something happening to someone’s heart his higher when they are somewhere being active such as the gym or playing field where the body puts a greater demand on the heart to beat and pump blood out to the different regions of the body. In fact, the study noted that the probability of having heart problems is three times higher in people who are active, such as athletes, when compared to people who are not active or athletes (not engaging in any physical activity at all).

During the 18-year study, there were 207 occurrences where an AED was needed and used as well as 45 occurrences where an AED was needed and was not present. Facilities who were equipped with an AED were able to get a shock to the heart on average four minutes faster when they had an AED on site as compared to waiting for emergency personnel to arrive on scene (which I think is still unusually quick for EMS to arrive). The survival rate between those who had a cardiac event take place with an AED on site was 93%. The survival rate for someone who had a cardiac event without an AED present was 9%.

One researcher chimed in and said, “We also found the quicker the AED was used, the greater the chance of survival. Additionally, the probability of survival was higher when a member of the public used the AED rather than waiting for medical assistance. Onsite AEDs provide an excellent neurologically intact survival rate for exercise-related cardiac arrest. An AED is a safe tool, even when used by an untrained citizen. In light of our results we recommend that AEDs be acquired by amateur sports and fitness centers. Educational programs should be conducted to increase awareness about the issue of sudden death and provide basic knowledge about AED use.”

The cost per device is worth it

Taking healthy individuals out of the equation for a minute, let’s think about the possibility of someone who isn’t in shape and who isn’t healthy taking up a recreational sport or buying a gym membership. The likelihood of that individual having a cardiac issue when engaging in activity is extremely higher than someone who is in shape and healthy.

Gyms who sign up any Joe off the street should be extremely careful at ensuring they take the proper steps necessary to ensure the new sign-up knows how to start a program without overdoing anything. Not properly educating someone on how to exercise properly is an accident (or death) waiting to happen. You can’t have a 300-pound man who is morbidly obese jumping on a treadmill and thinking he’s going to run for 60 minutes. That’s extremely unlikely and could be potentially fatal. They need to start slow and at a manageable pace.

The combination of proper execution shown by on site staff and trainers can help minimize the risks involved. However, bucking up and shelling out the money for an AED should be a no-brainer to gym owners. No one wants a lawsuit on their hands, and more importantly, no one wants to see someone die—especially on their premise.

The simple investment of an AED in gyms and fitness centers as well as for athletic events should be a major priority. This life-saving device is worth every penny in the event that it’s needed. I live by the moto that I’d rather spend the money to have something and not need it, than need it and not have it.