Newer PostFat Shaming Only Increases Poor Habits
Older PostIs Bodybuilding Losing its Luster due to the Olympia Qualification System?
Share on FacebookShare on TwitterShare on LinkedinShare on Pinterest 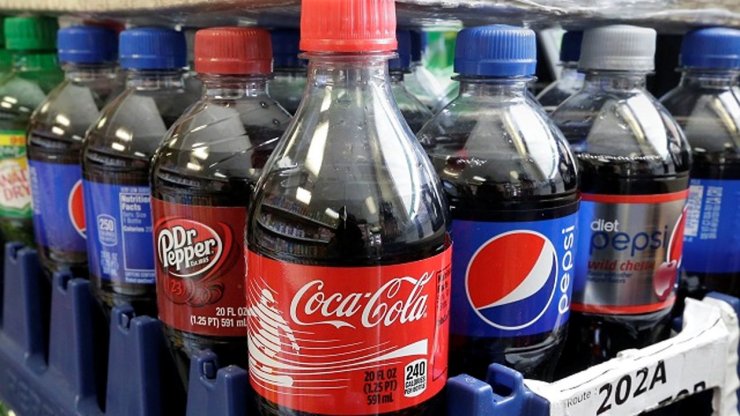 I live in Pennsylvania, and not too far from Philadelphia who put a “soda tax” in place. While I appreciate what they are trying to do, it’s not going to change anything other than the fact that prices are going to change for consumers. The reasoning behind this tax is to deter individuals from consuming beverages that contain sugar. Well, wishful thinking. Unfortunately, the tax hasn’t really seemed to stop people, in fact, it’s made them more ticked off that they are paying more for their beverages—and when I say “beverages” I mean more than just soda. Other than that, no one really cares that Philadelphia is trying to make you healthier. Consumers see it as a way for the city to make more money off of the people and put that money back into politician’s pockets.

As some of you may have read in an old article I wrote, the Philadelphia Soda Tax didn’t just affect soda, it also affected ALL beverages that contain any amount of sugar such as prepackaged coffee and tea, sports drinks, juices, and the like. While this tax is affecting Philadelphia primarily, the rest of the US is going on with business as usual without a prediabetic care in the world. In fact, findings are showing that the sugar-filled beverages that Americans drink alone is surpassing their individual sugar intake for the day—that’s not taking into equation the actual food they are eating throughout the day.

When looking at statistics from 2011 through 2014, the Centers for Disease Control and Prevention (CDC) said that 49% of adults drank one sugary beverage each day. It was also reported that 63% of kids between the ages of 2 and 19 drank at least one sugary beverage each day. I’ll be honest, I think their statistics aren’t accurate. I think they are grossly low. This is my opinion and you may disagree, but look around you. When you go out to eat, how many people around you are drinking a beverage with sugar? Probably most of them, right? Soda? Tea? How many of the people when you stop by a gas station or convenience store have a beverage with sugar in it? A good portion? I see adults walking around with soda, sweet tea, coffee with sugar and creamers in them. I also see kids walking around with soda, energy drinks, and sports drinks. Of all the statistics, the kid’s statistic of 63% is probably the closest to reality. In terms of adults being 49%, I think that’s a delusional number. Look at our population—over 60% is overweight. To think that just under half of the adults surveyed drank sugary beverages to me is impossible—or they lied.

I think it’s safe to say (especially if you have been reading my articles) that we all understand the health risks involved with having a diet full of sugar—diabetes, weight gain, dental cavities, etc. It’s difficult to find foods without added sugar in them these days unless you choose a whole food type of product. If you walk up and down the aisles of the grocery store, many of the contents on the shelves contain added sugars. Even canned fruit which most people would think is healthy has syrup in it! It’s for that reason it is recommended that you shop the outside perimeter of the grocery store where you will find mainly fresh ingredients. Yes, you can say fruit is on the outside perimeter, but that is fructose that comes naturally in the fruit and is not considered added sugar.

Parenting plays a huge role in the total amount of sugar a child takes in each day. Researchers have noted that kids up until the age of 11 generally don’t have access to sugary beverages. Yet, when they turn 12, it appears the parents ease up and between 12 and 19 years of age, kids have been found to significantly increase their sugar intake from beverages alone.

While the percentage of kids consuming sugar-filled beverages increases with age, studies are showing that as adults get older they tend to drink less sugary beverages. They found that adults between the age of 20 and 39 consumed the highest number of sugary beverages during their lifetime before tapering back at 40. The question arises, why all of a sudden at 40 do people back off of the sugary beverages? Is it because by that age many have been plagued by an illness that requires them to pay more attention to their food and beverage consumption? Is it because they are finally taking their health and fitness more seriously now that they are getting up in age?

How do we fix this?

If the government truly wanted to help out American’s, they could—but they won’t. There’s too much money to be made not only from the sale of the goods or products, but also for the medical side of the equation. The government makes billions of dollars off of illnesses every year, many of which were caused by poor nutritional habits and poor lifestyle choices such as eating sugary foods and drinking sugary beverages without doing any type of physical activity to try and burn off those calories. In essence, we are doing it to ourselves so we really can’t blame the government. We have choices out on the market in respect to our food and beverages. If we pick up a soda, that’s our choice—a bad choice, but ours none the less.

The government could easily put forth a bill that doesn’t allow more than a certain amount of sugar to be added to any given product or good. Anything above that number would have to come in the form of an artificial or other natural sweetener. But again, they won’t. Sugary products are highly profitable and therefore nothing will ever be done until the masses become more educated on the subject of health or they themselves gets an illness or disease and is forced to change their lifestyle and habits. Until then, Americans will continue to drink sugary beverages and foods without an end in sight.