Newer PostJay Cutler Returns to the Mr. Olympia
Older PostThe Vacuum Pose in Bodybuilding: Helpful, Hurtful Or Who Cares?
Share on FacebookShare on TwitterShare on LinkedinShare on Pinterest 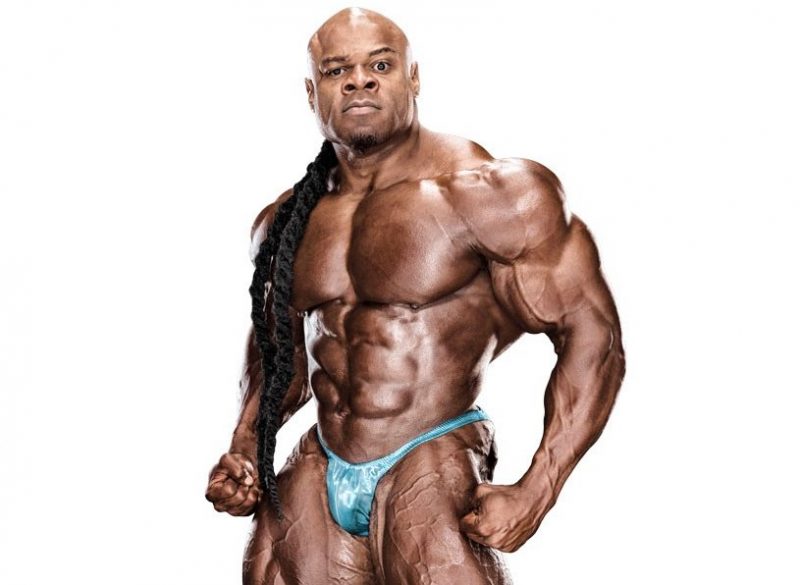 The world of competitive bodybuilding is on fire! People everywhere are taking to the Facebook groups, chatting among themselves in weight rooms, locker rooms, and by the shake bar. The few who still frequent message boards, they’re also talking. The pundits can’t fight the temptation to weigh in. Everyone is pinning their hopes, that legendary bodybuilder, Kai “The Predator” Green will emerge from semi-retirement and do one more Olympia.

For years, just the very mention of this possibility has been the subject of myth and legend. Greene, who is the face of his own wildly successful supplement company, is also a celebrated movie star, appearing on such series as Stranger Things and major motion pictures like Generation Iron. If he’s not jet setting around the world, Greene is writing one of many successful e-books, doing radio appearances, and/or in-store meet and greets. One time, he simply took a photo at the Marvel Comics HQ and that sent fans on a frenzy. If one thing’s for sure, Kai Greene is larger than life, with millions of fans all around the world. The fans may come in different ages, speak different languages, and have varying degrees of fitness knowledge, but the one unifying factor, is their love of Kai. Very few have been able to bring us this close, to a possible Kai Greene return, but if one person can do it, it’s Dan Solomon. Dan has been charged with breathing new life into a contest often and rightly described as, “the Super Bowl of Bodybuilding.” Dan, too, is a living legend, having started the first ever bodybuilding radio show, joined by Mr. USA, Masters Mr. World Robert “Bob” Cicherillo. Dan is a true pioneer, trusted and respected by the athletes.

The big question is, what does Greene have left to prove? He’s won all the big titles. He’s amassed several Arnold’s,he’s won a string of other titles, graced countless bodybuilding magazine covers, and even while Phil Heath ruled, Greene always had way more followers on social media than “The Gift” could ever dream of. That being said, the one thing Greene doesn’t have, is a Sandow. That may be weighing in on him and that may be something Dan The Man could use to show Greene the bigger picture. Kai won’t always have the physique and the ability to dial it in, like he does today. The fact he’s been able to be off the Olympia stage for 4+ years and still looks, by most people’s’ accounts, as someone who could win, is huge!

How many guys could we honestly say the same thing about? After several years off the stage, even doing movies, most guys change dramatically, but not Kai. Greene looks like he never stopped competing. He doesn’t need that kind of size to act, to do world tours, or much less to do tv and radio appearances. So then why? Why stay that big, when everyone else who’s retired or semi-retired has downsized considerably? The speculators will argue, that Kai has kept the size, because there’s a part of him that still wants try one last time.

Sadly for Kai, there won’t be anyone dumb enough to wake the sleeping giant (e.g. when Zane snubbed Arnold at the height of his reign). Nobody wants to go the distance with Kai, so no one is going to call him out. It’d be insane. Everyone shows Kai respect, for all the right reasons, and his success has no limit. Still, what would it take to get him back on stage? Is it even possible? I guess that’s a question all over Dan’s mind.

And what if Kai came back? He’d have to place 2nd or better, otherwise, his legacy might take a hit. The stakes would be very high and again, what does Kai have left to prove? Also, if Kai returns and intends to win, he’d have to knock out a defending champion – a new champion, no less. That’s the one thing Kai could never do to Phil; could he do it now, to a new champion, after half a decade off the Olympia stage? I don’t know…, that seems like a huge gamble to me.

It also appears that Phil Heath will, in fact, do the Olympia. In a recent video (3/31/2019) for Generation Iron, The Gift boasted of being in 100% health and also went on about growing, not just physically, but emotionally. The 2018 loss has certainly given Heath a whole new perspective. He’s no longer dwelling on the past, no longer angry, he’s focused; he’s in the gym, he’s doing his physical therapy, and he seems much stronger than before. The possibility of a Heath return, would also work against Greene jumping in. Greene would be up against a healed, arguably, far-improved Heath, going for a rematch with Rhoden. Where would Greene fall in, in that situation?

Also, what the heck is Big Ramy going to look like after his work with Neil Hill? Ramy is a former Olympia runner-up, himself. There’s also Roelly, Bonac, and a Dexter Jackson who may be looking for his last, big hoorah. If this is the last year for Dexter, he’s likely to come in at 110% and go out with the highest placing he can. This would also work against Kai, because Dexter has beat him before, and would fight him for every last inch of ground.

With all that being said, the prospects of Kai coming back seem bleak, but not impossible. He isn’t known as Mr. Getting It Done, for nothing. He might take all these hurdles, stare them right in the face, and overcome them all. If Kai Greene has gas in the tank and fire in his heart, maybe he’ll make history in 2019!

I hope you enjoyed reading this article, here, at Iron Magazine. I look forward to reading your comments.