Newer PostWhere Are They Now with Dennis Newman
Older PostBodybuilding vs. Powerlifting
Share on FacebookShare on TwitterShare on LinkedinShare on Pinterest 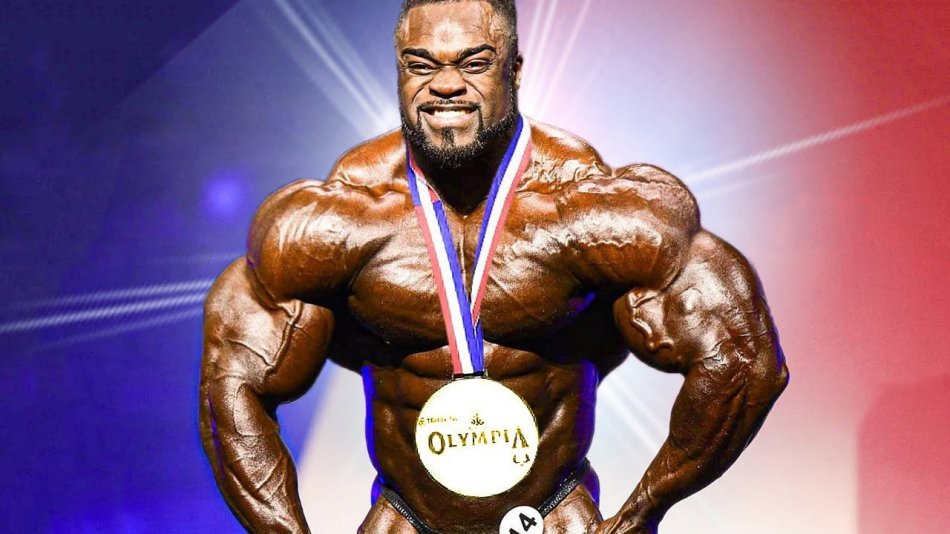 A few weeks ago, Dorian Yates sat down with Patrick Bet-David on his Valuetainment YouTube platform and many thought Dorian threw some shade at Brandon Curry while others thought it was justified. I’m not here to pick sides but a couple of weeks ago, Patrick had Brandon Curry on his show to talk everything Olympia, bodybuilding, life, and of course the comments that came out of Dorian’s mouth. Patrick actually sent me a text the night before the interview went live to give me a heads up.

Now, I don’t believe everyone who had an opinion from the Dorian interview actually watched the whole interview. I thought it was very open and honest and if you listened to the full interview, Dorian wasn’t there to put the sport down, but rather give his opinion of the state of the sport and critique the current bodybuilders from his lens.

But I’m not here to debate anything with Dorian, you can read my previous article about that interview some other time if you wish. So, what exactly happened when Brandon Curry sat in the hot seat?

Humble Through and Through

Patrick asked Brandon a lot of really great questions about the sport of bodybuilding, where it was and where it is today. He even asked Brandon about the current state of PED use in the sport which Brandon opened up about. What blew my mind was how humble Brandon was throughout the entire interview (which was around an hour and forty minutes).

Not once did Brandon Curry put anyone down, speak poorly of anyone, nor shy away from tough questions and act like they never happened. This is a really different tone than what we watched when Patrick had Phil Heath or even Dorian Yates on his show. Both of them seemed to have some resentment towards the sport and it showed in their tone and the way they answered certain questions.

Is the IFBB and/or Mr. Olympia Doing Enough?

The question was asked to Brandon if he feels the IFBB and Mr. Olympia are doing enough for the sport as well as the athletes. Patrick brought up a good point (especially from an outsider’s perspective) that the IFBB and Mr. Olympia isn’t really doing the current Mr. Olympia any favors. He went into detail about all the ways they could get involved – tv commercials, tv show cameos, movie roles, etc. Patrick also mentioned that he felt they did wrong by Phil Heath by shrugging off all his wins and the dedication he put forth to be the champion that he is. They never did anything to promote Phil and 2018 they basically wrote him off before he even lost to Shawn Rhoden by doing more talking about all the other competitors and not giving Phil any respect.

Honestly, it brought up a valid question that Brandon Curry chimed in and mentioned it should be 50/50. The bodybuilder should be out looking to find more work and the other 50 should be the IFBB/Mr. Olympia out there trying to build the brands based on the current Mr. Olympia.

Another question that I’ve been saying for a long time now is how much bodybuilders get paid. Look at professional athletes in the NBA, NFL, NHL, and MLS – they are all paid regardless if they win or lose (or even if they get on the playing field/court or not). Think about it. The average salary for an NFL rookie is $480,000. That’s more than the winnings of the Mr. Olympia show. And the Olympia is the Super Bowl of bodybuilding. And that rookie only needs to be active roster. It doesn’t mean he needs to ever step into a game. See where I’m going with this? It’s damn near impossible to make a living as a bodybuilder unless your one of the top five in the world.

These athletes are putting their health, bodies, and their own finances on the back burner just to compete. They don’t get a contract for a certain salary each year just for being part of the IFBB. No. They need to actually go out there and win shows to make a living and from there they can get some sponsors and endorsements to make some additional money. But there is no “rookie salary” for winning your pro card and being a part of the IFBB.

Brandon Curry Could Be the Best Mr. Olympia Since Jay Cutler

Jay was such a good dude when he was competing and to this day, he’s one of the most down to earth and well-respected bodybuilders out there. Brandon could try to fill his shoes from a fan perspective. Brandon keeps his nose clean. He doesn’t say anything that looking back he would regret. He lets his physique do the talking which I appreciate since the industry is full of a bunch of shit-talkers who can’t back it up on show day.

I know Brandon secluded himself from everyone to go over to Oxygen Gym in Kuwait to eat, sleep, and train. But there will need to be some sacrifices made now that he’s Mr. Olympia. He’s going to need to be in front of the fans more now. He’s going to be asked to guest pose more now. He can’t simply kiss his wife and kids goodbye and hop on a flight to Kuwait until Mr. Olympia rolls around again. So, it’s going to be interesting to see how this all plays out.

Are There More Bodybuilders Scheduled to Be on Valuetainment?

Actually, yes. In fact, you may know the one very well. His name is Ronnie Coleman. Heard of him? HAHA. I’m not sure the date of when everything will take place but I’m hoping Patrick gives me the heads up again. On top of that, Patrick mentioned some other bodybuilders they were trying to get on – one of which was putting a call out there for Lee Haney.

I think these interviews are great for the sport. No one is doing interviews like this where it’s a sit-down conversation about various topics. I applaud Patrick for doing these interviews with bodybuilders and building awareness for the athletes as well as the sport. I say this because Valuetainment is really known for its business and entrepreneurship content. But being that Patrick is into fitness, wanted to be a bodybuilder many years ago, and idolized guys like Yates, Ray, and Wheeler when he was in the military, I feel as though it’s fun for Patrick to sit down with these guys as well.

As the interviews keep going up on the platforms, I’ll continue to keep trying to report on some of the hot topics covered.