Is Kai Greene THE Most Entertaining Bodybuilder of All Time? 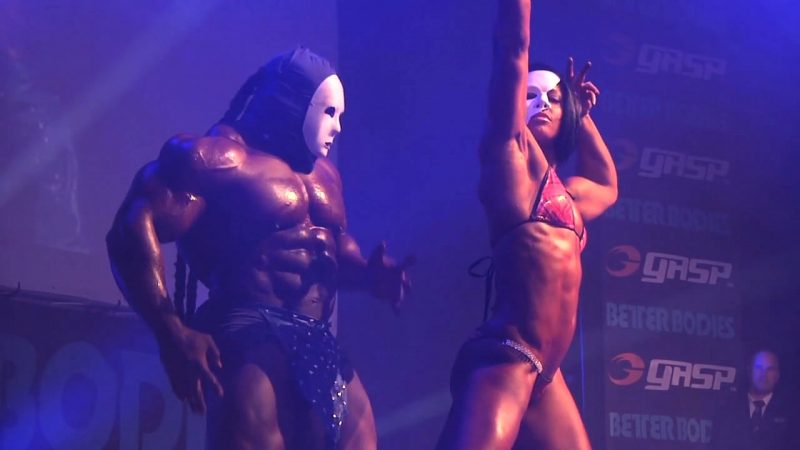 The sport of bodybuilding may be considered boring to many. Guys standing on stage, posing, and wearing a man thong all lathered up with a bunch of oil. Not the most entertaining, I get it. We aren’t talking about Lebron James throwing down a dunk in the face of one of the premier centers in the NBA. Bodybuilding isn’t that electrifying—neither are the bodybuilders themselves. Well, except for maybe Kai Greene.

The man behind the mask

Kai Greene has put on quite a few shows during his time in bodybuilding. In fact, he is known for his props, routines, and obviously his interviews. The man who many times has come out to pose while wearing a mask, doesn’t seem to shy away from his somewhat “odd” yet entertaining personality. By nature, Kai is an artist. He enjoys the arts, acting, and playing a role from behind the camera as well. But, could Kai have single-handedly saved the sport of bodybuilding over the last several years from severe boredom?

Who else is there?

The posing routines of some competitors are entertaining, but I think most of that comes from the music playing during the routine and the energy coming from the fans who enjoy their “heroes.” It gets us fired up dancing in our seats because of some of the beats. Kai brought us some of the best routines that we will probably ever see in our lifetime. The way he moved, spun on his head, and the things he wore all added to the experience. Who do we have today filling those shoes? No one.

Kai hasn’t even competed this year, yet he was probably the most talked about bodybuilders. Love him or hate him, he’s entertaining. Sure, he might drive you nuts during interviews where he never answers anyone’s questions, but we still watch and listen to all of his interviews anyway. Regardless of your personal feeling about him, he’s what the sport needs, whether he is competing or not. Personally, I would rather see him on stage than acting or painting, but I can’t blame him for transitioning into a more profitable career choice. Not to mention all of his business ventures with his supplement company and clothing line keeping him busy.

You don’t miss something until it’s gone

When Kai competed, people were very opinionated about him, his physique, his past, the way he conducts himself in interviews, etc. Now that he’s gone, nothing has changed. We are still talking about him in the same manner as if he’s already been on stage this year. Kai brought excitement to the industry, from his mannerisms, to his hair, to his posing. Many thought during his last visit to the Olympia stage he was going to throw some bombs with Phil Heath. At the time, everyone was saying how terrible it was for him to get in Phil’s face and that he needs some self-control. But you know what? You’re going to remember that Olympia for the rest of your life. Can you remember details of other shows as much as you did that specific Olympia? I can’t. But I sure as hell can remember when Phil and Kai stood nose to nose appearing to get ready to throw down at any moment.

While we have all been critical of Kai at one point or another, he brought a lot of good to the sport. Without Kai, I’m not sure who would have come close to giving Phil a run for his money. Or going toe to toe with Cedric at the Arnold Classics. I, myself, have been very critical of Kai. And looking back, it’s because of what he brought to the sport, whether you liked it or not. The point of all this is, love him or hate him, without Kai we wouldn’t have much to talk about these last few years. There were no rivalries after Jay and Ronnie retired. The newest rivalry was Kai and Phil. Who is it now? Heck, I don’t even know. Phil is standing by himself just messing with the line-ups begging someone to come and test him (and as he says “slay them all”).

We don’t truly miss something until it’s gone. And with Kai not competing (at least not yet in 2017), we still talk about him in hopes that he steps back on stage and once again entertains us in a sport where there hasn’t been much to get excited about. Our most entertaining years of bodybuilding might be behind us and the only thing we have left are memories of the times where we were engaged. Hopefully things will change, but the sport sure misses someone like Kai in the line-ups.