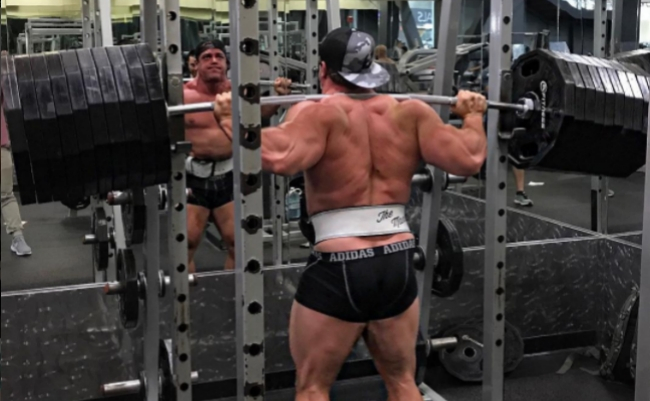 I can’t think of anything more humiliating than calling yourself a bodybuilder and needing to use fake weights in photos and videos to boost your audience and get more fans/likes. I won’t go into naming anyone in particular, but these individuals (both male and female) should honestly be completely embarrassed and ashamed of themselves.

I don’t quite understand why people decide to put fake weights on a bar and act like they are benching or squatting large amounts of weight when in actuality, it’s all a facade. Do these individuals truly think that no one will know they are take weights? Do they think no one in the gym watches them or notices them each time they step into the weight room? These are what we like to call “Instagram Models.” They really serve no purpose in our industry, they hide behind a camera and act like they are “hustling” every day like they’re a CEO or entrepreneur of some sort. They sign contracts with supplement and apparel companies and make it appear like they’re famous. Congrats, you get paid in supplements and t-shirts every month. What a way to build a personal brand and business. (thumbs up)

Going under the knife is just as bad as loading up fake weights on a bar. Guys are injecting oils like synthol to inflate their muscles as well as going in for surgery to get implants on lagging body parts. What ever happened to putting in the work? Now everyone wants the easy way out. Have you ever seen the guys in the gym who have huge biceps yet it looks like their forearms are the same size as their index finger? There’s an old bodybuilder who is making a comeback in the Classic Physique division that fits this exact description—yet he claims he doesn’t use synthol.

What leaves me scratching my head is that bodybuilding was never about how much you could lift, so I’m not sure why some of these individuals feel the need to load up a bar with fake weights—we aren’t talking about powerlifting here. Powerlifters (at least most of them) look nothing like a bodybuilder. They are generally a little bit on the “fluffy” side rather than striving for the rock hard shredded look. Powerlifters are about function and strength, not looks and aesthetics.

Let’s not only pick on the guys here, they aren’t the only culprits in this fake game some are playing in the industry. You have women going under the knife as well. Some of these women are getting boob and butt implants. Natural breasts in the fitness industry is pretty uncommon. I can understand that when women diet down and lose their chest (simply because they are cutting body fat), they may want to get their chest enhanced, but many are taking things to the extreme. One chick who looks to have gone under the knife several times was found posting a video of her squatting almost 500 pounds without even straining. No redness in the face, no wincing, no shaking, and then walked the bar back to the rack as if she was simply walking with an unloaded bar (which it very well might have been with fake weights on it). She even had a spotter behind her as if to add to the suspense of the video clip. But then she posts a video doing 20 pound good mornings—makes no sense.

If you post videos of workouts with light weights all the time, all of a sudden posting a video with a feat of strength is going to throw up some red flags and have people questioning what’s going on.

What is this proving? Do they believe we are so dumb that we would fall for something so insane? The sport is about showcasing your physique and building it up. It’s about creating an illusion of insane strength without ever needing to show off your strength under the bar. Powerlifters showcase strength. Bodybuilders showcase muscle. Each need to stay in their lane. This social media stuff is getting out of control. In an industry where we are supposed to be at the pinnacle of health and fitness, people are out there being complete frauds just to try and make money. I hate to say it, but this industry keeps sinking deeper and deeper into a hole. Just about every month some story surfaces about someone in the industry that gives all of us a black eye. It needs to stop.

If you want to be the laughing stock of the industry, then keep up the good work. But you’re making our (the good people in the industry trying to help people) lives much harder. You set the expectations to a level not attainable in the gym. Not attainable in the kitchen. And you set up normal American’s to fail. You’re everything that’s wrong in this industry and I hope your time in our niche of the industry is cut short and no one wants to hire you after you’ve been exposed.

To all the people out there doing your thing by the books and putting in the REAL work. I commend you. Keep grinding!