Are Judging Inconsistencies Hurting the Sport of Bodybuilding? 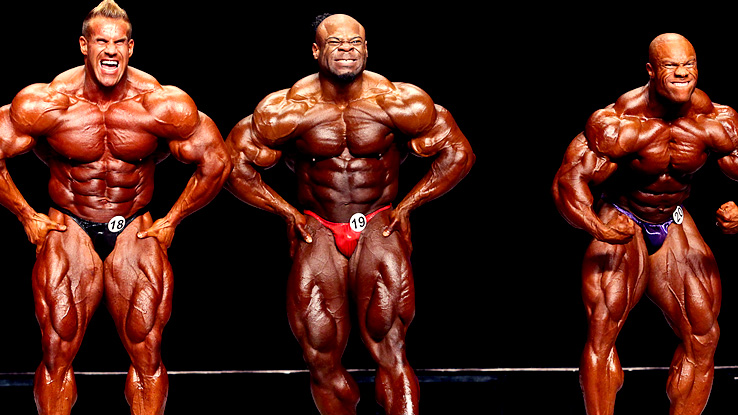 A few weeks back was the Omaha Pro. It featured Women’s Bodybuilding, Women’s Physique, and Bikini. For the sake of time, we are going to dismiss Bikini in this article as I think you all know how I feel about the division (if you are unaware, go listen to some of our old episodes of Central Bodybuilding Radio). At this show, there seemed to be some real judging inconsistencies that quite frankly I feel hurts the sport of bodybuilding.

When you look at the sport of bodybuilding (men’s or women’s), it’s all about muscularity—that’s the foundation of the division. On the women’s side, Iris Kyle has been Ms. Olympia for a total of ten years, something that will never be repeated. That being said, the IFBB has left a bad taste in Iris’ mouth with some of their actions over the years. Now, at the Omaha Pro, it appears something else is raising some eyebrows.

If you know anything about Women’s Bodybuilding, you would have heard the name Aleesha Young. This rising star looks to be the future of the sport—or so it seemed before this show. Aleesha placed 7th out of 8 competitors on stage at this particular show. While not to discredit the other competitors, this placing was completely confusing. Looking at all the competitors, Aleesha was night and day better than every single competitor up there, hitting poses with at least a good 20 pounds of more muscle than any other female on stage. The winner of the show was dwarfed by Aleesha and caused many to question what the judges were looking at.

So, if you’re going to leave Women’s Bodybuilding for the bigger and more muscular girls, then you need to judge in such a way where that’s what you’re looking for. It’s the same with Men’s Bodybuilding. That would be like having Hide (the 212 competitor) beating Phil. It just wouldn’t make sense. Yet, that’s exactly what happened at the Omaha Pro. To make things even worse, the judges told Aleesha she needed to lose around 20 pounds of muscle to place well. Are you kidding me? This is bodybuilding! You’re supposed to put on muscle and be extremely muscular!

This back and forth with the judging is leading competitors to question which division they should actually compete in (Women’s Physique or Women’s Bodybuilding) or if they should even compete at all if each time they improve their physique according to what the judges are looking for they start judging in a different manner and all that work was for nothing.

What is the IFBB trying to accomplish?

I have quite a few theories as to what the IFBB might be trying to do by snuffing Aleesha at the Omaha Pro.

Below are some of my thoughts:

1. Iris Kyle is 10x Ms. Olympia and the poster girl for the sport of Women’s Bodybuilding. To secure her legacy, they could be trying to prevent anyone from dominating the sport. Aleesha is legitimately someone who could give Iris a run for her money and she has a good 12 years to catch up due to how young she is. When the IFBB decided to end the Ms. Olympia division for Women’s Bodybuilding, it seemed to have hurt the sport and shattered many women’s dreams of winning the Super Bowl of competitions.

2. While many of the competitors think the seats are being filled to see extremely muscular women on stage, that percentage is very small, and primarily made up of friends and family. Guys in the seats are waiting to catch a glimpse of the Bikini girls. And while the Women’s Bodybuilding community doesn’t want to hear it, it’s the truth. The look of the girls in Bikini draws a crowd—sex sells. Period. Aleesha, herself, even mentioned that at the show there were no call outs for Women’s Bodybuilding, yet there were several for Bikini. They also cut the routines short for Women’s Bodybuilding, seemingly to allow more time for the Bikini competitors. It’s almost as if the IFBB wants to totally do away with Women’s Bodybuilding or tone down the musculature which I wouldn’t agree with.

3. We all know that there are some politics being played in the IFBB. If you disagree, you either drank the Kool-Aid or are blind. Maybe there is something that Aleesha did or didn’t do that rubbed the IFBB the wrong way and as retaliation, they are placing her poorly. Saying she was overlooked at the show is impossible. If she placed 3rd or 4th maybe they could have come up with excuses why she didn’t win, but to basically place last throws up some red flags when she was the biggest on stage with good conditioning (enough to win the show with ease).

Where does this leave us? It leaves us in limbo with how the sport is supposed to grow. Do you want muscularity? Do you want it toned down? What is their definition of Women’s Bodybuilding now? Has it changed? If not, please explain how the most muscular and highly conditioned competitor on the Women’s Bodybuilding stage at the Omaha Pro could place 7th out of 8. Maybe we need to look into new judges? Maybe the same judges shouldn’t keep scoring year after year as there could be some biases and politics being played?

Either way you look at it, judging over the years has been both good and bad. We need some consistency for the sake of the competitors. If you say you want muscularity, then judge that way. If you say you need it to be toned down, then don’t choose the biggest and most muscular woman on the stage at the next show. It’s back and forth and it’s not just in Women’s Bodybuilding. We have seen Men’s Bodybuilding as well as Physique and Classic Physique go back and forth.

How can we establish consistency?

That’s a great question. And one that I’m not sure I can answer – but then again, it’s not my job to. The IFBB needs to look into the scoring system as a whole across the board. How can there be more consistency and transparency across all divisions? Being that the judging is done by humans who can perceive and see different things, I’m not sure there is a “best” way to establish consistency. Unless you have some sort of measurement as one of the rounds where they can get a shoulder to waist ratio or something. Other than that, there is always a chance for human error to take place and something get overlooked with the judging and someone could place worse than they actually deserve.

So, maybe that’s our solution. We need hard numbers on paper for one of the rounds to be scored. Something that takes out subjectivity and produces true numbers that doesn’t come from the eye of a judge. Overall, something needs to change in the IFBB. There’s too much back and forth and judges overlooking competitors or being biased towards one or the other based on their past or whatever the case may be. This is one of the only sports where it’s not truly treated like a sport, and more like a pageant than anything.