Newer PostAre Judging Inconsistencies Hurting the Sport of Bodybuilding?
Older PostYou CAN’T Be a Bodybuilder: But You CAN Look Good
Share on FacebookShare on TwitterShare on LinkedinShare on Pinterest

No one has really thrown out any talk about the Olympia just yet, so I figured I’d start the party a little early and give my predictions. There’s a lot that went on at the 2016 Olympia which should excite many coming into the 2017 Olympia prep. Phil is obviously going to be back to defend his title, but are there any bodybuilders out there who are able to dethrone him? Let’s first lay out my top five predictions and then get into some dialogue about each. 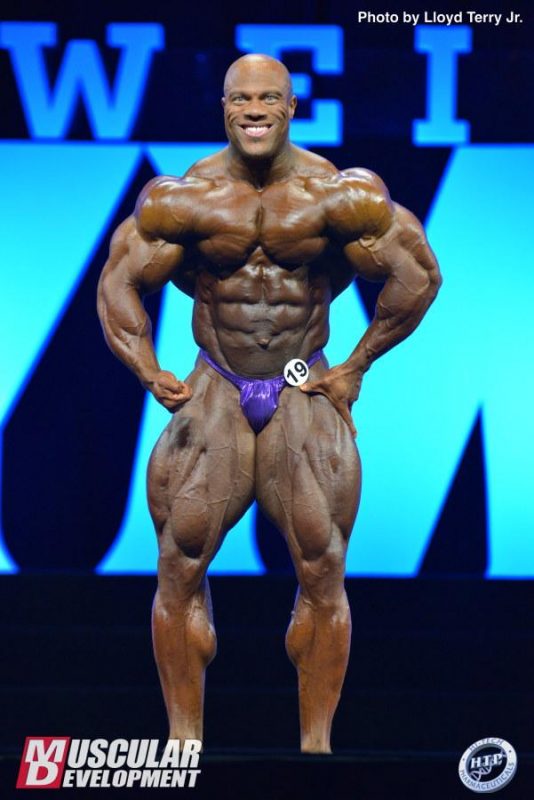 Six-time Mr. Olympia winner, Phil Health, in my opinion is on his way to take home number seven. Assuming he can come in and nail his conditioning and steer clear of any injuries, I don’t see anyone on stage right now who can beat him. Many have said that Kai Greene is the only person who can knock Phil off, but to be honest, I’m not so sure I believe that anymore. Phil, as I see it right now, has the best physique in bodybuilding and stands alone—he’s the total package. I can only hope that someone can step up and give us a show like the old Phil and Jay days. 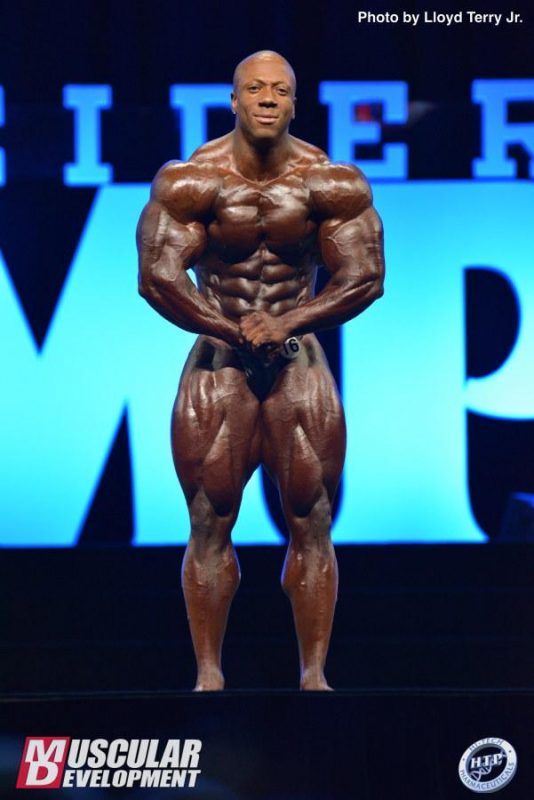 If Phil comes in a little off, it could quite frankly open the door for Shawn to step in. Shawn has one of those freaky physiques that stands out on stage. Great muscularity with sharp conditioning and a tiny waist. When he hits his conditioning, he has some of the best and most defined abs in the line-up. It’s hard not to imagine him going toe to toe with Phil again this year, only to fall short for another year. 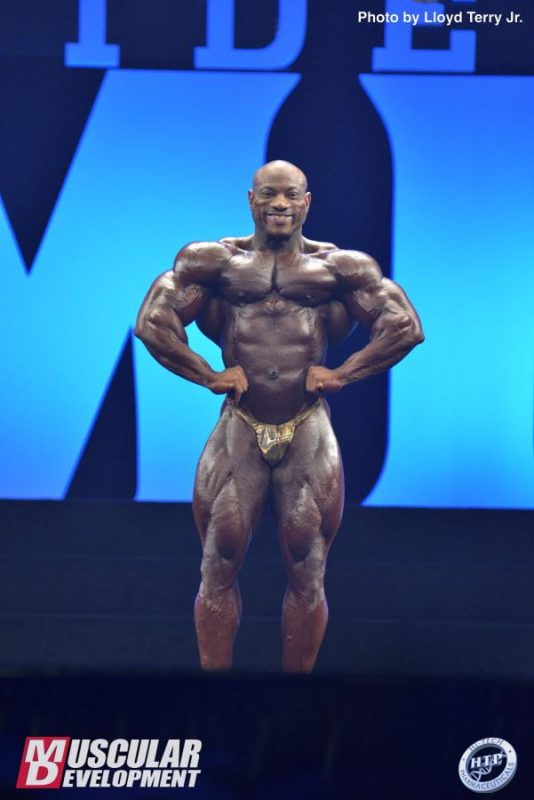 Do we really even need to explain this one? Dexter is a threat in every competition he shows up for. His conditioning and look seems timeless and really hasn’t changed in the last several years. While his midsection has got a little wider, it was at the expense of adding on more quality mass to be able to stand next to guys like Phil and Shawn and not look small. Dexter is a vampire of the sport and doesn’t seem to age. In fact, every year he adds a new dimension to his physique without losing sight of the conditioning he is so well-known for. While I don’t believe we will ever see Dexter as an Olympia winner again, he certain deserves to be on stage and in the top five. 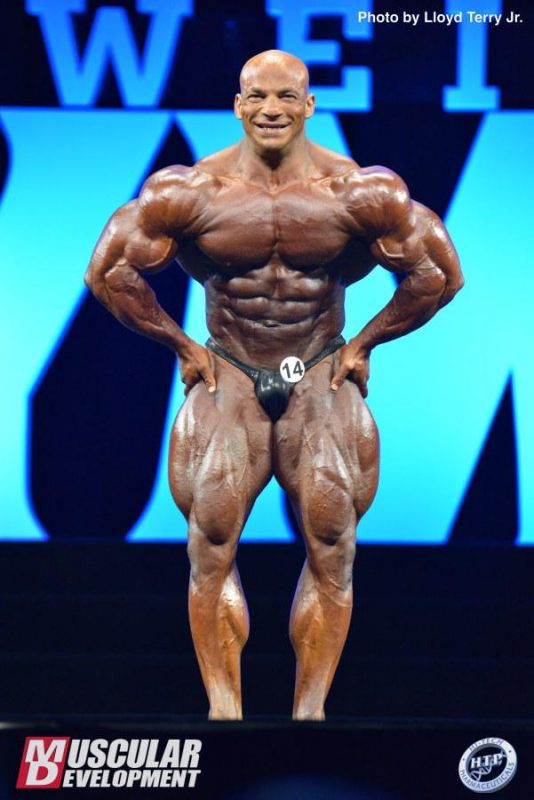 The man who is said to be the next Mr. Olympia just can’t seem to nail his physique. Every year it seems like something is off with it. Slotting Ramy into 4th might be me being gracious. After Big Ramy parted ways with Chris Aceto, I almost had a sense of the “old” Ramy coming back where he was just a big, huge, mass of muscle with not the greatest conditioning. IF Ramy comes into the Olympia looking like the older version of himself, we might see him slip into 5th or even out of the top five potentially. There are too many competitors these days who are coming into big shows completely diced. In 2016, I thought we saw the best version of Ramy to date. If he can get back to that conditioning while maintaining his size, Ramy could even move up in the list and slide into 3rd. But, I’m just not sure what to expect from Ramy this year since we haven’t seen him on stage, plus, he had surgery during the off-season as well. Kuwait has been very kind to him and he’s done some amazing things over at Oxygen Gym, but only time will tell the conditioning he can achieve without Aceto in his corner. 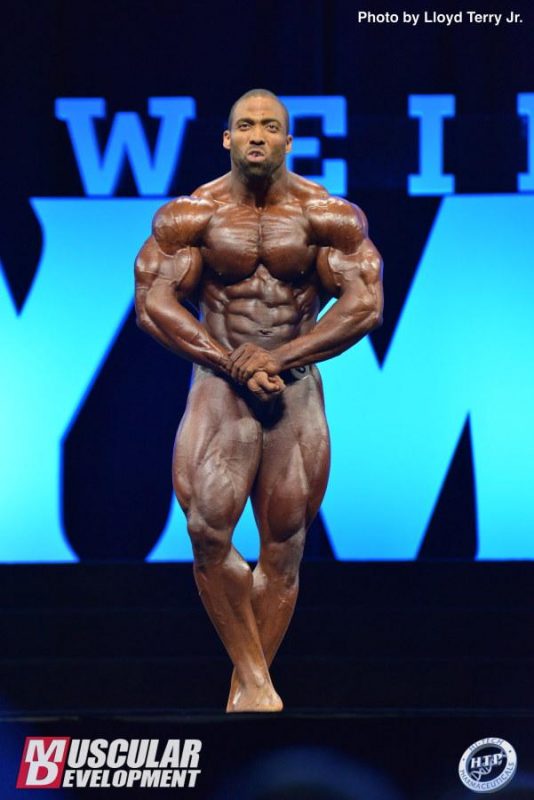 It honestly pains me to have Cedric in the number five spot since he’s one of my favorite bodybuilders right now. Last year he placed 7th behind Winklaar and Bonac. Yet, this year he took home the Arnold Classic title and won over fans across the globe with his post win interview with Arnold. Not to mention his mid-performance selfie with The Oak, himself. I’m sure many of you might be wondering how I could slide Cedric into 5th when he placed behind two other competitors last year, and both of those competitors had amazing physiques. Here’s my take… Cedric is everything this sport needs to survive. He has a great physique, he doesn’t rock the boat, he has a sense of humor, and he’s everything the sport of bodybuilding needs to stay interesting. He’s also an amazing ambassador to the sport, more so than many other competitors in my opinion. I believe he will be given (key word being “given”) the number five spot. We all know that there’s a little behind the scenes politics going on in the industry, so it’s my thought that he will come in 5th.