Newer PostBDNF, Myelin, and the Art of Deep Practice
Older PostThe HashTag – Maximizing the Benefit for your Social Media
Share on FacebookShare on TwitterShare on LinkedinShare on Pinterest 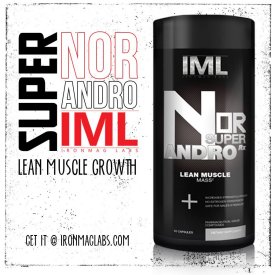 With the FDA’s penchant for removing as many steroidal agents from the OTC market as possible, we all knew the day was coming when our freedom of choice would be finally stripped away, robbing us of our right to great designers such as dymethazine, methylstenbolone, epistane, and many more. They are all gone; never again to be seen on supplement shelves, but unlike previous post-ban comebacks, this time they will not be replaced. The passing of the 2014 Designer Anabolic Steroid Control Act made sure of that.

Quite frankly, with this new piece of legislation marking the 10 year anniversary of the 2004 Anabolic Steroid Control Act (the first to specifically target OTC steroids), I was surprised they lasted this long. Many of these products remained on the open market, untouched, for more than 7 years, giving us plenty of time for experimentation and stockpiling. However, what does surprise me is that despite the all-inclusive nature of this new legislation, it still left room for a certain class of prohormones.

These are the DHEA-based prohormones, which, like the original prohormones of old, undergo a post-ingestion conversion process into other well known steroids, such testosterone, dihydrotestosterone, etc. As the article title implies, this particular PH converts into nandrolone (i.e. “Deca”), but unlike the other DHEA-based prohormones currently on the market, Super Nor-Andro RX differentiates itself through esterification.

One of the downsides of non-methylated AAS is their poor absorption rate. This is the same problem that plagued the original “andros”, so regardless of which PH one is trying to make use of, neglecting to implement a delivery system will greatly reduce its potential effectiveness. Because of this, we have seen many different delivery systems come and go over the years, some of which worked quite well and others which were largely ineffective.

One way to overcome the issue of absorption is by simply ingesting large dosages of these compounds, thereby allowing a larger quantity to survive first pass metabolism and make its way into the bloodstream, where it is then free to travel to the nearest androgen receptor. Although it gets the job done, this method is pretty inefficient and fails to maintain cost-effectiveness.
Another way to increase absorption is through esterification. Although not as effective as methylation, which guarantees a near 100% absorption rate, it is estimated that esterification will increase absorption by about 30% over what is achieved with normal DHEA-based prohormones. As an added benefit, it improves both the stability and purity of the hormone, ensuring that what is listed on the label is actually in the bottle.

So what exactly is Super Nor-Andro RX? Technically referred to as 19-Nor dehydroepiandrosterone enanthate, Super Nor-Andro RX is a prohormone that converts to 19-nortestosterone (nandrolone). Nandrolone is the base hormone contained the injectable steroids “Deca” and “NPP”, which have been in use for over 50 years and are arguably just as popular today as they were decades ago.
Understandably, most supplement companies attempt to boost sales through name recognition; by claiming conversion to well known prescription steroids such as testosterone, nandrolone, etc. However, these prohormones often convert to more than one active metabolite, many of which have anabolic effects in their own right. In many cases these less familiar metabolites (hormones) are responsible for the majority of the product’s muscle building effect, but because they don’t carry the same name value, advertisers often fail to mention them.

A great example would be Halodrol—a PH first produced by Gaspari nutrition back in 2005. It was heavily marketed as a prohormone to Turinabol, which was well known for its role in East Germany’s state sponsored doping program throughout the 60’s and 70’s. In reality, it converted to Turinabol at a very low rate and was responsible for a small portion of Halodrol’s muscle building effect. Yet, this didn’t stop Gaspari from extensively marketing it as a Turinabol substitute.

Although it was never advertised as such, Halodrol itself was actually a fully active steroid on par with AAS like Winstrol, Anavar, and others. How is this relevant to Super Nor-Andro RX? Like Halodrol, Super Nor-Andro RX is subject to a conversion process, beginning as 19 nor-DHEA, converting to 19-norandrostenediol, and finally ending up as nandrolone. However, Super Nor-Andro RX derives the bulk of its muscle building power from the less well known 19-norandrostenediol, rather than the more recognizable nandrolone, which provides for a relatively small portion of its myotropic potency. Regardless, Super Nor-Andro RX is active at two points in the conversion process, making it difficult to identify this product with a single steroid.

When it comes to aromatization, both Super Nor-Andro RX and 19-norandrostenediol are unable to convert to estrogen. While nandrolone converts to estrogen at a rate of roughly 20%, the probability of experiencing estrogen related issues is low, making the use of aromatase inhibitors unnecessary with this product. On the other hand, some users have reported a reduction in libido; a problem usually rectified through the addition of a testosterone prohormone, such as Super 4-Andro. On another note, Super Nor-Andro RX is non-toxic in nature. Even at very large dosages liver stress is minimal, making it a very safe drug from a hepatic standpoint.

Now that you know what Super Nor-Andro RX is, let’s look at what it does. 19-norandrostenediol and nandrolone provide very similar effects, so for the sake of simplicity, we will use nandrolone as a point of reference. Possessing strong anabolic properties and a moderate androgenic component, nandrolone is typically regarded as a mass-builder par excellence. Sides effects such as acne and hair loss are uncommon, with nandrolone being considered one of the best steroid’s for those looking for avoid hair loss.

One of its most appreciated attributes is its ability to soothe joint pain/discomfort; a malady often incurred by hard training bodybuilders. Many nandrolone users find that they are able to train pain-free, even when their training had been previously compromised as a result of joint pain. Of course, I never recommend using nandrolone as a cure for this problem, as it simply masks the symptoms rather than curing the problem. Still, the band-aid approach can be useful in the interim, allowing one to continue training as they take steps to rectify the problem.

Super Nor-Andro RX can be stacked with just about anything, while individual goals will determine what is ideal. While regular steroid users will have little use for this product, its mild side effect profile and current legal status makes it a good fit for the health conscious, as well as those looking to get their feet wet without breaking the law. As always, all IML products are thoroughly tested for both purity and potency.