Dangers of Using Insulin As A Bodybuilding Application 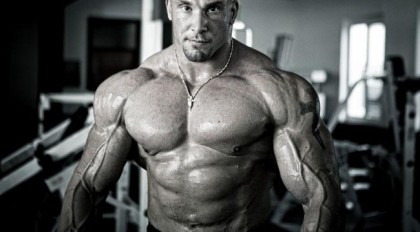 Insulin is considered by many to be the most anabolic hormone present in the human body. While this has been debated, insulin’s potent muscle building ability cannot be questioned.
Years ago, insulin was only discussed in regards to treating diabetes. Insulin was first administered to diabetic patients in 1992. At this time, insulin was extracted from animal sources. Commercial forms of bovine (beef) and porcine (pig) derived insulin were developed in 1963, but neither form are identical to human insulin. Bovine derived insulin differs from human insulin by three amino acids in configuration, and porcine differs by one amino acid. These differences in structure are detectable by the immune system, which results in allergic reactions or rejection of the insulin. Synthetic forms of human insulin have since been developed, and they have been much more successful treating diabetes.

Insulin is a functional protein that is released by the pancreas when carbohydrates or protein are consumed. Insulin then enters the bloodstream and travels to various tissues, including muscle tissue. Acting as a key, insulin opens the gates to the muscle cells. This allows glucose, amino acids, creatine, and other nutrients to enter the muscles, which helps to aid in muscle repair and growth. Insulin will attach itself to muscle cells, where it causes reactions that increase protein synthesis and decrease muscle breakdown. Insulin may influence muscle protein synthesis through an upgrade in cellular hydration. Insulin promotes an increase in cellular mineral- transport systems, allowing potassium, sodium, and chloride to enter the cell. This leads to muscle cellular swelling, which increases protein synthesis and muscular pumps.

The pancreas releases insulin when calories are consumed. Insulin works on fat cells in the same manner it works on muscle cells. It signals the gates to be opened on fat cells so nutrients can be stored. An increase in the uptake of glucose causes the body to store more body fat.

There is no doubt that the use of insulin has driven today’s bodybuilder to be larger than ever. Many top amateurs today dwarf many of the top bodybuilders during the time that Arnold, Lou, and Franco were kings of the stage. HGH and other drugs have been thrown into the mix, but insulin has played a large role in the disparity in size between bodybuilders of today and yesteryear.

Users of exogenous insulin will attest to its ability to dramatically increase size and strength in a short period of time. The most common method of using insulin as a bodybuilding application, requires injecting insulin several times throughout the day, with one injection being post workout, and consuming ten grams or more of simple carbs for each IV of insulin injected. This approach is not without its dangers. Failure to consume enough simple carbohydrates will ultimately result in hypoglycemia and a possible trip to the emergency room, or even worse, it could mean death.

While insulin is great for packing on muscle mass, it can lead to excess fat storage. Bodybuilders that use insulin must be aware of the potential dangers. They will often consume more carbohydrates than needed in fear of becoming hypoglycemic. This over consumption of carbohydrates, along with insulin, can cause the amount of fat stored to surpass the amount of muscle mass gained. This is not the direction anyone wants to go. This kind of fat storage can greatly impact contest prep because when someone needs to drop 80 or more pounds from dieting, muscle loss will occur. Sometimes the muscle lost from extreme dieting outweighs the amount of muscle gained from the use of insulin. There is a way to avoid fat storage and muscle loss while still reaping the benefits of exogenous insulin use.

By manipulating the process of gluconeogensis- a metabolic process that converts amino acids and fatty acids into glucose, predominantly in the liver. Athletes have been able to achieve substantial gains in the muscle mass, with very little fat storage. By depleting the body’s glycogen stores and consuming high levels of protein and fatty acids to compensate, the body will start to convert amino acids and fatty acids into glycogen for energy as needed. This means that there is no excess carb-derived glycogen in the system that can be stored as fat. The same effect is achieved through a ketogentic diet, but the insulin approach works almost immediately, where as a ketogenic diet works over a period of weeks or months. However, using insulin to promote gluconeogensis is extremely dangerous if not administered correctly.

Failure to adhere to the correct protocol will send an individual into a hypoglycemic state, but there is also a chance that this could happen even if the proposed guidelines are followed. In instances where this happens, failure to have a high glycemic index source of carbs available, such as dextrose tablets or fruit juice, could result in hypoglycemic shock. This can lead to a number of symptoms that range from mild to life threatening. These include cold and pale skin, numbness around the mouth, heart palpitations, hand tremors, mental cloudiness, dilated pupils, and sweating. Mild to severe cases can result in extreme tiredness, loss of alertness, decreased muscle strength and coordination, headaches, double vision, a craving for salts and or sweets, abdominal distress, ringing in the ears and unusual patterns in the frequency of urination.

Insulin can be very effective in adding strength and size, but one has to be aware of the risks involved. Unlike other bodybuilding drugs, such as steroids, T-3, etc, a single dose could lead to a visit to the hospital or death.

While I have covered the potential dangers of insulin, I still believe it has a place in bodybuilding. Although, I would not recommend the use of insulin as a bodybuilding application to anyone unless they are well educated and well monitored.