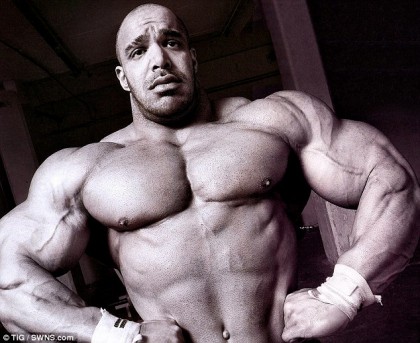 The last few years it seems as though the only consistent news in the bodybuilding world is that of someone tied to the industry passing away. The deaths of industry legends such as the Weiders or golden era IFBB professionals definitely are a cause for sadness throughout the sport and it’s fans but it is the early deaths bodybuilders still in the thick of their career or shortly past it that are the most disturbing.

The responses to the news of someone in the muscle game’s untimely demise are varied and usually remorseful, but the comments from fellow bodybuilders online can usually be funnelled into one of two camps; First you get the doom and gloom panic and judgemental crowd who instantly use the death to assume that bodybuilding is inherently detrimental to your health and terminal. The other side is the opposite group who do anything they can to possibly link it to a hereditary or genetics disorder so they can ease their conscious about whatever choices they might be making with their own bodies and what they are putting into it.

While both sides make good points and generally come from a good natured place, they share the fact that it is an extreme viewpoint to have and most of the time are a knee jerk reaction. All of the hysteria from the panic group just feeds more negativity back into bodybuilding and ultimately does a disservice to the sentiment that we should all take better care of our health.

Bodybuilders are going to bodybuild, and instead of using these tragedies as an opportunity to educate and help lifters make smarter choices in their daily regime all this will do is cause arguing. This type of thinking implies that bodybuilding is black and white; It says that it is either healthy or not. There is no differentiating the extreme methods used by some from the moderate methods used by others. Is bodybuilding healthy if you abuse fat burners, never take breaks from high doses of gear, don’t take your health supplements or do cardio and eat tons of junk food? No, it most certainly isn’t…but you can counterbalance a percentage of risks that you deem necessary for your goals by making sure you are on the ball with all other aspects. If you are using heavy cycles there is absolutely no excuse to not put equal effort into supplementing for your heart health and overall well being. There is no excuse for not doing cardio (we all know it sucks, but if have the balls to run 700mg of tren A per week you should be man enough to get on a treadmill for 30 minutes).

So if we instantly assume bodybuilding is what killed the latest fallen competitors, we are ignoring all the preventative efforts that OTHERS are doing and simply reducing the entire pursuit of muscle into being toxic. This negates any outside factors that may have contributed. Did they eat mostly processed food? Did they do cardio? Did they have an addiction to pain medication (which a startling percentage of the American population has)? These things are unknown to almost everyone except the family and friends in the deceaseds inner circle.

As for the other camp, the ones who are quick to find any possible reason for the death to be due to everything BUT bodybuilding, they are also doing themselves and the community no favors. These tend to be (but not always) the people who take very little precaution with their own health and simply want to justify their lifestyle. It’s the same mentality that figures that because 40g of rice might yield the same result physique wise as 40g of refined sugary candy that it makes no difference where their food comes from. For whatever reason, these people want to take lots of drugs and eat lots of crap and simply are not willing to adjust their lifestyle, so instead of taking a cue that might involve having to implement some discipline and control into their life they simply write the whole situation off as a fluke. Yes, it can happen to you.

What truly needs to be realized is that we are all born with different genetic weaknesses but our lifestyle and habits either expose our weaknesses or can help push them to be dormant. Personally, the mindset of “Since I do XYZ that’s unhealthy, what’s the point of caring about the other stuff?” is perhaps the most ridiculous of all. There is a synergy between all aspects of the bodybuilding lifestyle and that applies to health issues as well. If someone likes to drink beer constantly, should they say screw and start smoking a pack of cigarettes a day too just because they already opened the door with the alcohol? Completely ridiculous. If your priority is building the physique you desire than there is certainly some risks you are going to have to take, but you can minimize the damage from the risks by paying extreme attention to detail in other facets of the lifestyle. It is extremely irresponsible to add high doses of chemicals into your body when your daily habits are that of the average out of shape person.

It’s difficult for a healthy person to be taken down by strictly one aspect of the bodybuilding life if all of the others are up to snuff, but the truth is being heavy and thickly muscled is taxing on the heart and the bodies organs in all cases. If you happened to have won the luck of the draw and were born with one of those indestructible Keith Richards bodies then it is doubtful that some testosterone and anabolics are going to really leave much of a dent in you. However, we always hear about the completely healthy person who drops suddenly of a heart attack with no contributing lifestyle factors and if you happen to be one of those people and throw on 100lbs of heart testing muscle and the chemicals required to get there, watch out.

We can never know what cards we were dealt until the day comes, but through regular check ups and putting your work in with the cardio, diet, and supplementation you can lower YOUR risk and make the best with the hand you have.