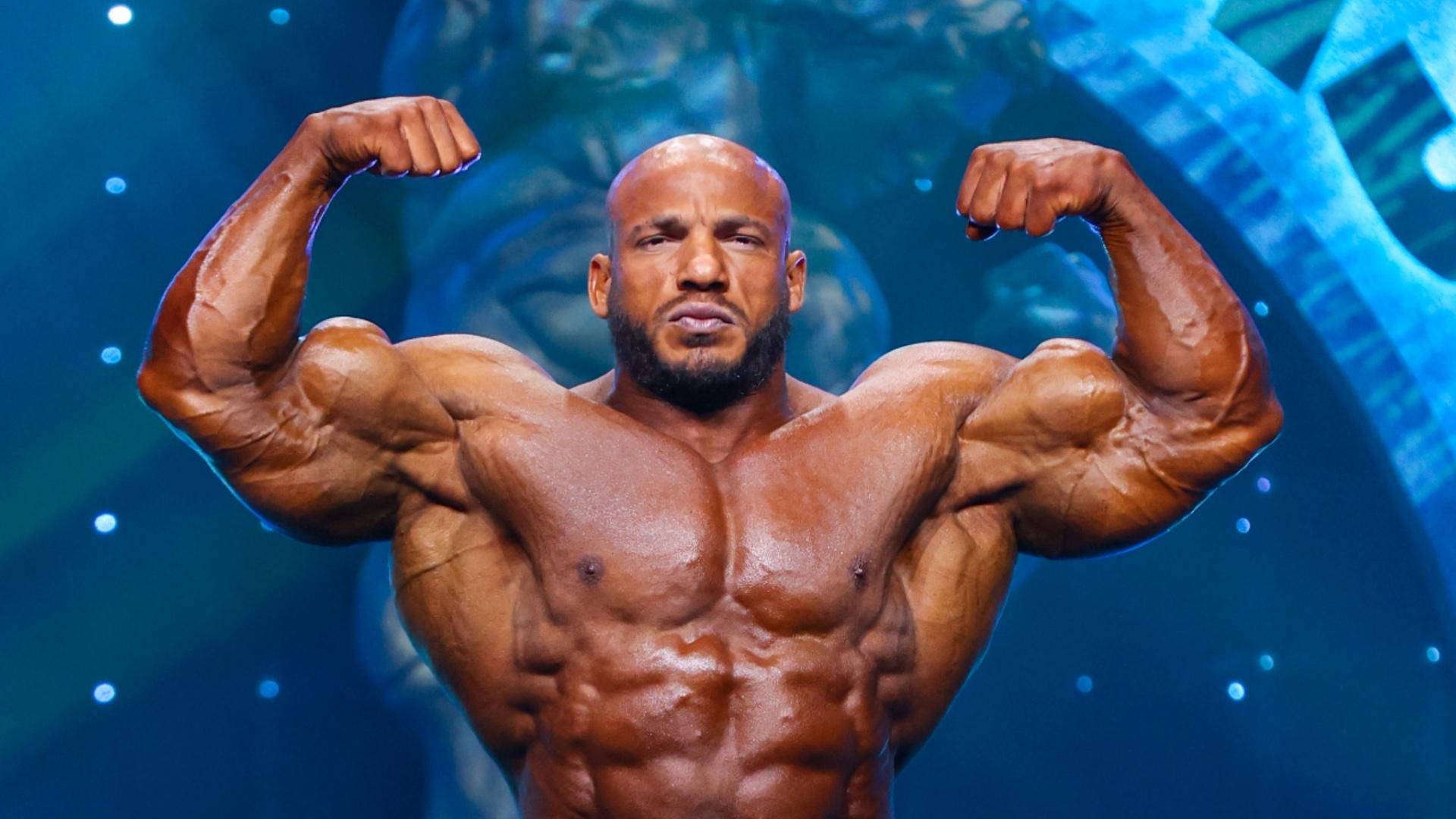 You’re not supposed to snub the President. When you’re Mr. Olympia you’re said to be the best bodybuilder in the world. You are the ambassador for all and when you’re supposed to be at events and you don’t show up that looks bad on you, the title, and the sport. This gets compounded when the event you don’t appear at is the President’s show. And even given the fact that The Washington Post published an article on contest rigging the day before the biggest show in bodybuilding it didn’t have any impact.

The snub would be addressed.

Whether or not Ramy’s shitty placing was the product of him missing Jim Manion’s Pittsburgh Pro is debatable. There were people who thought Ramy was put to the side because “he was just that good.” The media was ready in place with any number of kneecap-sucking theories to present to the bodybuilding world had The Egyptian Phenom walked away with his 3rd Olympia win. I mean just look at the trainwreck Ramy brought in 2021 when he was holding water, out of shape, and melting under the lights. Brandon was robbed and everyone knew it but the bodybuilding press sold the fraud as it being a clear-cut contest where merit was the only driving force.

That said, when Ramy took his shitty placing in 2022 everyone, including sites like RXMuscle ran with titles like “the end of Ramy’s reign on top.” Not only were the sites and talking heads agreeing with the scoring but they were essentially saying Ramy was finished. This turn of the tide is noteworthy because it speaks to my point about payback and how the champ made one catastrophic mistake after another.

Ramy got too cocky.

He started to believe he was bigger than the sport. Even during the check-ins, when he stood up, and was filming the press conference, that speaks to my point. There’s no filming allowed in there and Dan Solomon even had some fun with him. The idea that a reigning Mr. Olympia would get kicked out of the check-ins or the press conference at the O is pretty funny.

Still, rules are rules, and the fact Ramy flagrantly broke them and made a joke of it speaks to my point. It was funny and it was innocent but I think it made some of the powers that be edgy. Yes, even something as trivial as that, and standing no less when everyone else was seated quietly and listening to Dan and Jake speaks volumes. If it were just that who cares but it wasn’t just that. This is the guy who missed Jim Manion’s show. No other reigning Mr. O ever did that before!

Let’s go back to Jim Manion’s Pittsburgh Pro. This is the single most-attended contest by the who’s who of the sport of bodybuilding. This show is bigger than the Arnold and bigger than the Olympia when you measure the star power and the influence of the people who attend. Many of the biggest names in the sport are tired of watching bodybuilding contests – even the Olympia.

No matter what light shows are offered, no matter how nice the host hotel is, and no matter what amenities are offered they’re burnt out on bodybuilding. They’re still involved because of their businesses and because they’re earning an income from it. That said they don’t have the patience, much less the interest, to sit in a seat and watch six women’s divisions and four men’s divisions plus the amateurs over the course of a four day weekend. On the flipside, they’d rather lose their hair than skip The Pittsburgh. Not only do they have to attend, but they have to be seen there. They also have to shake hands with Jim, maybe/hopefully have a chat with him, and hopefully have a photo with the man who runs it all. That’s just what you do.

Also there’s usually 7-10 of the best pro bodybuilders in the world at The Pittsburgh. It’s a who’s who of the best athletes in the world who make their way there. They’re not competing and they’re not even getting paid but they’re there. Not only do they talk to the fans and do interviews but they also guest pose.

And when they do they also try to be in some kind of shape. Let’s not forget the abuse the late great Shawn “Flexatron” Rhoden took for not being ripped enough in 2019. Again, he wasn’t competing, but even still the standard was high. Every Mr. Olympia in the history of the sport has gone to this contest, guest posed, and put on a world class effort. It shows respect and no matter what’s going on in the world, that is the show where the best of the best go.

Big Ramy was supposed to be at The Pittsburgh Pro 2022. Everyone, including Jim, were waiting for his arrival. The media and the fans wanted to see their 2x champ; they wanted to see how huge he would be and how many jaws would drop when he peeled off and dwarfed big guys like Nick Walker and Derek Lunsford.

What’s insane is that Ramy never showed. The hours passed and nothing. There was no word the next day either. Had his flight been delayed? Was it canceled? Was the champ sick? Was he injured? The bodybuilding press was in the dark. Bodybuilding outlets scrambled, hitting up all their contacts with no answers. No one knew anything. Even Ramy’s coach was in the dark.

It was ten days of this. Ten days of nothing. And when Ramy finally said something it came in the way of a halfhearted apology that most people didn’t believe.

The Egyptian Phenom basically made his bed and his funny antics with filming the check-ins simply poured salt on the wound. He thought it was all funny and he thought that once he became Mr. O that it was up to him and only him when he walked away. If he was allowed to “win” in 2021 when he looked like absolute trash and Brandon Curry looked as impressive as he did, then it stood to reason that he could snub Jim Manion and break filming rules and not interact with fans and not tour the world and still “win” the title. He didn’t have to do anything he didn’t want to. He was the champ, he called the shots, and he was going to do things his way.

And now Big Ramy is no longer Mr. Olympia and will probably end up retiring in the next 1-2 years. He’ll come back next year and not win (again). He might be in the Top 6 and he might not be. It’ll take a couple years for that to sink in. All Mr. O’s who lose title defenses end up in 2nd or maybe 3rd. Ramy took 5th.

Newer Post
What Are Kidney Stones and How Can You Avoid Them?
Older Post
BIG RAMY Career OVER as MR. Olympia | Prejudging Footage