A Healthy Person’s Experience with COVID and What I Learned 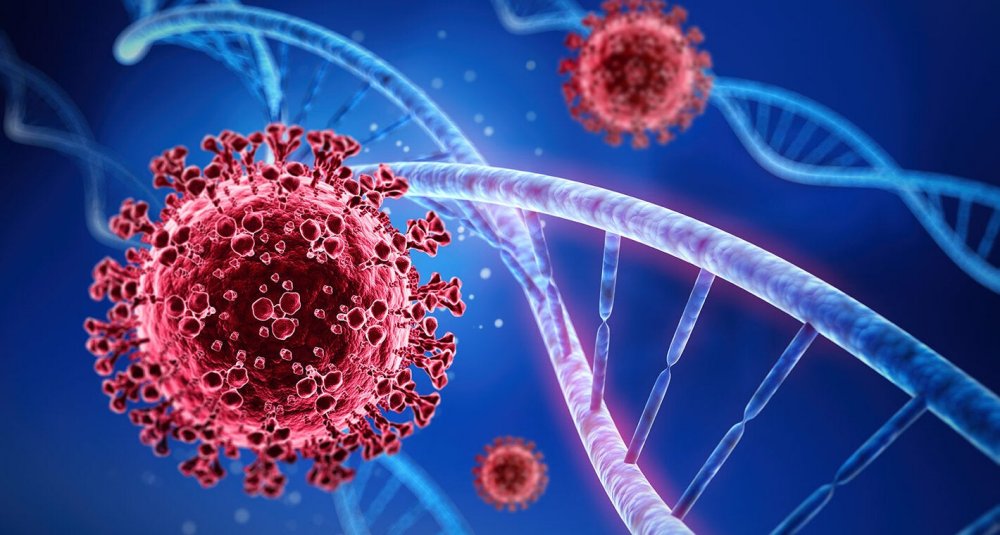 So… I got COVID. Yup, the good old Mexican beer virus. But I’m healthy, so no worries, right? Wrong. Look, I’m not here to sway you to get the vaccine or not get the vaccine, that’s 100% up to you and your doctor. What I want to accomplish with this article is to take you inside my experience with the virus, what happened, how I got through it, and whether or not it really matters if you’re healthy or not when you get it.

The Moment You Realize… You Got It

My experience with COVID began when my wife got it. I knew there was no way I’d luck out and not somehow get the virus. And sure enough, I got it a day after she started her quarantine. Things started off on the mild end. I had a headache that would last all day no matter if I took Tylenol or not, I had muscle aches in my back that prevented me from sleeping, and I had a fever that wouldn’t break. Sure, I had symptoms, but nothing crazy at this point.

About a week after my first symptom, I lost my taste and smell — only to get it back a couple of days later. While I thought I was out of the woods, I was actually far from it. It was a day after I got my taste and smell back that things took an unusual twist.

Now, let me preface all of this by saying I don’t get sick. I couldn’t tell you the last time I was sick and needed to go to the doctor. I’m super healthy, exercise regularly, and my nutrition is on point.

A day after regaining my taste and smell, I noticed some tightness in my chest. Nothing major at that point, but I could tell my breathing was a little off. Things progressed the following day, and I noticed I was now taking shorter and shallower breaths just to get in air. I tossed my pulse ox on my finger, and it read 86. It was at that moment I knew something wasn’t right.

As the day went on, my breathing turned into ¼ breaths, almost as if I just ran a marathon and was trying to suck in air but really couldn’t. My wife pushed for me to go to the hospital and get checked as my oxygen was still in the 80s. This is where my frustration started. Let me explain.

I went to the ER and got checked out. They ran what seemed like a million tests on me, confirmed that I had COVID, and put me in a hallway to monitor. During this period, they asked me if I was vaccinated, to which I said no. From there, everything was an absolute sh*t show. Again, whether you are for the jab or not, I’m not here to judge you, I (personally) chose not to get it. But once I said I was unvaccinated, it was like I didn’t exist.

I laid in the hallway on a hospital bed for hours without a single person coming to check on me. When the doctor finally showed up, he told me that they were releasing me to go home. I asked why as they knew I was having issues breathing, they mentioned I had pneumonia, and clearly, I needed some type of treatment to help push through my symptoms.

The answer I got was, “You’re young and healthy, and your body will be able to fight it off, and your oxygen levels will start to come back up — there’s no reason to admit you.” I asked about getting the antibodies or something and was told, “We’re only giving that to severe patients and those who are elderly.” So essentially, what they said was… you’re on your own. Was the lack of care due to me not being vaccinated? I would hope not, but I definitely saw my care change once I mentioned that. So, I went home… for now.

“You Should Have Never Been Released”

The next 24 hours, things went downhill quickly. My oxygen dropped even more, and after speaking with some friends who are doctors, they mentioned that if I go to sleep, there’s a chance I won’t wake up. Their suggestion? Go back to the ER. I fought with my wife as I knew they would just release me again, but I ended up going back around 11:30pm.

This round, I had a new set of doctors, and they immediately got me a room after looking at my records and checking all my vitals. At this point, the pneumonia had progressed pretty aggressively, and every doctor around me said I should have never been released, and they apologized for what I went through. The good news now, it seemed like I was in better hands.

Once in my room, the doctors got me oxygen, provided me with a nebulizer that I asked for of Albuterol, and I was finally able to breathe easier. They mentioned that they were putting me on some medication and steroids and that the process would take around five days. I was told to make myself comfortable.

While the care I received from the nurses was absolutely amazing, I can’t say the same for the doctors. Every doctor that came in belittled me for not getting vaccinated, told me I’m foolish and selfish for not getting it, and that I’m “lucky” things aren’t worse. Those are nice things to say to someone who’s lying in a hospital bed. Honestly, I expected such, just not at the level that these doctors took it. They asked if I regretted not getting the jab, to which I said “no.” All I got was a snicker in return.

I did my time in the slammer, I mean hospital, and things improved quickly, which allowed me to leave the 5th day. I returned home with oxygen that I was to wear 24/7. A few days at home, I took the oxygen off to see what would happen, and my oxygen levels remained in the mid to high 90s. At that point, I stopped using the oxygen and went back to somewhat of my normal life.

I’m still tired, days after leaving the hospital. My lungs are getting better. My energy is slowly improving, as is my strength. And overall, I’m feeling somewhat like my old self again. I get “COVID brain” on a daily basis that puts my brain in a fog for a little, but once it wears off, I’m back to normal.

So, what can we take away from this? For starters, it doesn’t matter who you are or how “healthy” you are, COVID can still knock you on your ass. My wife, it was nothing. Me, it got dicey for a while. I’ll never downplay COVID and say it’s fake or not real, as I went through it, and it rocked me. I wouldn’t wish COVID on anyone, but I’m also not going to push people to get a vaccine that they don’t believe in. It should be your choice.

But the biggest takeaway from all of this was the hospital care for the “unvaccinated.” Again, I don’t want to say my lack of care from the doctors was due to me not getting the jab, but even the nurses were a little taken back by how the doctors spoke to me. Is there different care for those who got the vax versus didn’t? In my experience, there was definitely a difference and sending me home initially was the first sign rather than admitting me and managing the pneumonia that set in. But hey, I’m alive and well and made it through.

Cheers to your health, and I hope you all stay clear of COVID.