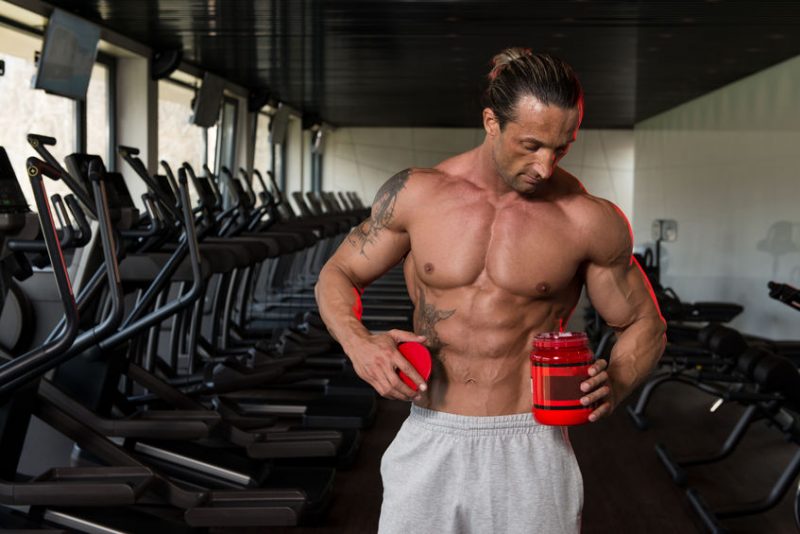 Who wants to be famous? Who wants to be popular? Who wants to be listened to, consulted, and followed? Most people are going to raise their hands, because most people want to feel important. One sure-fire way to get noticed in the ever-competitive world of social media, is through sharing new information and/or delving into taboo topics. One of the most taboo topics in the fitness world is performance enhancing supplements. What’s ironic, is that most people asking the questions don’t even use the supplements they’re inquiring about. There’s a certain shock value that’s still very much present whenever these topics get broached. Back in the 70’s no one really cared much about PED’s, just like in the 80’s, because while they weren’t entirely illegal.

They weren’t totally uncontrolled, either. Gear in those days, however, wasn’t demonized like it is today and therefore it was less risky to talk about.. As of the 90’s and 2000’s no one was talking about gear. All the champions distanced themselves from any mention of it and very few publications would mention them. Even long after retirement, champions like Ronnie Coleman would deflect the question – there was simply too much to lose. When social media, particularly Youtube, exploded in the late 2000’s, everyone wanted big followings so they could cash in with Google Adsense. All of a sudden, Youtubers were making so much money, that many quit their jobs, and made vlogging a career. You even had personal trainers that no longer even trained clients, because the money was so good. One of the best ways to get lots of views (then and now), lots of comments, and lots of subscribers, was talking about gear. When videos on PED’s started to saturate the scene, the shock value had to be more intense to garner the snowball effect. In time, it got to the point where people were no longer speaking in tangents and hypotheticals, but speaking directly about themselves. When that angle got saturated, you have what we’ve seen a lot of lately, which is people actually using PED’s on themselves on video and those those videos making the rounds. And here we arrive at the main question this article serves to pose – to share or not to share – your supplement use? And by supplements – we’re not talking about creatine and whey protein, either. We’re also not talking about medical practitioners or reputable clinics. So, what are the pro’s and cons, and where do I stand?

The biggest and perhaps strongest argument that advocates of full disclosure would present, is that by having more information out there, less people will get hurt. They would raise concerns over the years of useless and reckless information shared on now largely dormant message boards, as putting many athletes at risk. They’d base their argument on the fact that anyone who does a video is no longer doing so from anonymity, perhaps being held more accountable, and that wrong information could be more easily dispelled. Others would say that those giving the best advice would have the greater number of views and thus the quality videos would rise to the top. Additionally, they would say that only those people who are respected in the industry (e.g. prep coaches, supplement company scientists, and seasoned athletes) would be the only ones to really have a strong platform from which to be heard. The second argument many of the disclosure advocates would raise, is personal freedom. They would argue that the internet is the one, last bastion of free speech. They’d argue that pretty much every other forum is censored and that being able to speak about any topic, without restrictions is necessary. Personal freedoms would be at the top of their lists, pointing out that so long as no one else got hurt in the process, it’s really no one’s business to dictate what is said or not said on the net.

On the other hand, those pushing for freedom to disclose information freely, have no real idea who in fact is getting the information. They also have no way of keeping underage athletes, athletes with preexisting conditions, or athletes lacking sufficient mental capacity from blindly following some of the tips they see online. Those advocating free speech, which is a constitutionally protected activity on public forums (like public sidewalks, streets), not internet chat rooms, social media, or message boards, are clue totally clueless as to that fact. There is no guarantee to say whatever you want online, because most platforms are private property. Owners of popular websites may change their terms of service (TOS), even arbitrarily, and users have no real recourse. You either play by the outlet’s rules or you can kick rocks. Most interactive websites simply don’t want the legal or ethical issues related with widespread conversation pertaining to controlled (and otherwise illegal) sports supplements. They have every right to set the rules by which their users must adhere to. With regards to many of the websites in question, they depend on advertising money to stay afloat and remain profitable. Talk of gray area supplements, often times hurts business, and that in turn hits the sites where it hurts.

Furthermore, athletes who openly discuss, most especially those who demo these products on video, have a tendency to make for a very dark cloud over their heads. Once a person becomes associated with drugs, it’s very difficult for said person to ever have mainstream support and/or ever break out as a major star. Although most top athletes use PED’s, some somewhat openly, nothing can be gained from broadcasting that reality. Another reason why broadcasting use of PED’s is not to be done, is because the mainstream public already takes far too much away from the athletes’ own sacrifices, training, and nutrition – giving almost all credit to those supplements. Being more open, even vocal about that supplement use, may only work towards reinforcing society’s already warped views as to what’s most attributable to the success of an athlete – from physique, strength, recovery and maintenance.

Overall, there’s nothing of value to gain from the open use and disclosure of PED’s onto social media. I think the danger that someone could get hurt is high. I also think there’s a high likelihood that the information released is inaccurate. Finally, I don’t see any benefit to the athlete or his/her sponsors. All in all, I think that the more edgy types of topics may in fact bring more viewers and ultimately more subscribers, but at what cost? In addition to ethical and financial concerns, there are also legal ones. Don’t be naive. Disclaimers alone don’t shield you; in fact, many times, the disclaimers do a poor job of disclaiming, and most people look right through them.

When it comes to where I stand, I think that’s pretty apparent. I don’t see the point in talking in specifics about an athletes’ personal supplements stacks. I also think that media asking people what supplements they prescribe – particularly when it’s clear they’re not medical professionals, does the public a disservice. I especially don’t see the value in demoing products (e.g. pinning on video). Nonetheless, I do have some pretty strong libertarian leanings, so I have a tendency to disfavor censorship. That’s even a stronger point in and of itself, because there’s a limit to all things, and I’m starting to think some of the speech on this point has gone way over the line.

I’m sure this article will spark some very interesting debate, so please don’t hold back. I hope you enjoyed this article – here – at Iron Magazine.com. As always, thank you for reading.