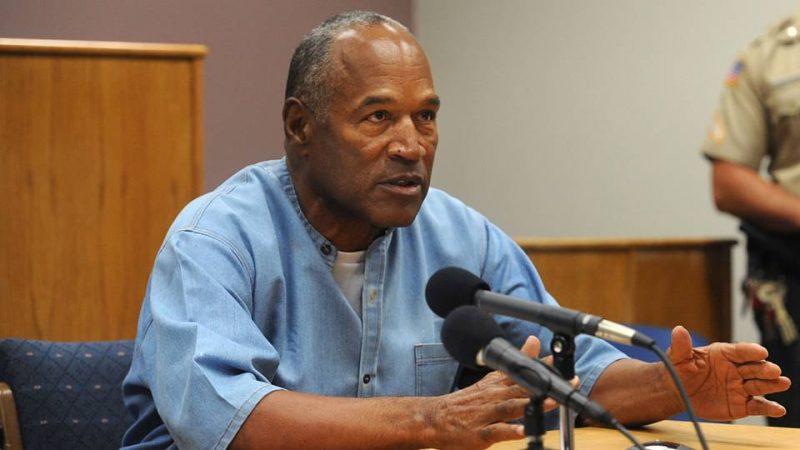 As we all know, OJ Simpson was released from prison in October 2017. We watched an all-star athlete be torn down and humiliated time and time again following his non-conviction from the murder of his wife. Following the murder trial, OJ, unfortunately, seemed to stay on the radar of police. After some poor choices in 2008, he found himself behind bars at the Lovelock Correctional Facility in Nevada. His days of staying in shape and eating healthy seemed to be retired like his football career. OJ packed on weight as if he was going into hibernation—getting his weight to over 300 pounds. Then OJ and bodybuilder, Craig Titus, who is in jail for murder, started killing it in prison—helping OJ drop nearly 100 pounds before his release in 2017.

The death of Little Debbie

While in prison, OJ was devouring Little Debbie cakes as well as other high-carb and high-calorie foods such as candy bars and ice cream. It’s apparent that his lifestyle then compared to his playing days were drastically different.

His weight limited his mobility and he quickly found he couldn’t get around as easily as he once did. His health deteriorated and he was on the brink of diabetes. Then all of a sudden, OJ found new life when he found out he had a parole date set. Just like that, he flipped a switch and decided to change his lifestyle. He killed off Little Debbie snacks and started eating better. He went from no exercise to starting an exercise program.

OJ went from nearly 6,000 calories a day down to 2,600. He started a diet made available to inmates called the “diabetic diet.” As the name would imply, it’s make up is from foods that are low in carbohydrates and sugars. Instead of consuming his normal diet of pizza, hot dogs, and hamburgers, OJ was given a turkey burger or chicken patty along with some low-carb vegetables.

Most of OJ’s time was spent in his cell eating junk food rather than being active. But, once his parole date was around the corner, he put his shoes on both feet and started hitting the “yard” for some exercise. He and Craig Titus would walk around the track found at the prison as a form of cardio. Prior, during yard time, OJ would be seen up in the bleachers watching the other inmates playing softball or enjoying the little freedom that had during the day.

Titus, a former bodybuilder turned murder (also convicted of kidnapping and arson), helped OJ drop 100 pounds to get ready for his big release from prison. Titus is serving a 55-year sentence for the murder of his assistant. Titus’ ex-wife, Kelly Ryan, who divorced Titus while in prison, helped murder their assistant after an altercation and then took the body in the trunk of their vehicle and attempted to burn all evidence in the middle of the desert. Obviously, they didn’t get away with it. Kelly was released in October 2017, around the same time as OJ’s release.

Other than walking around the track, Titus showed OJ how to get in a good workout while behind bars. They would lift weights as well as do calisthenics when they had free time outside of their cells.

All of OJ’s hard work paid off thanks to the help of Titus. Upon release, many said that OJ looked to be in good health and happy. I guess being released from jail after nearly 10 years would most certainly make someone happy even if they were overweight. After his release, paparazzi followed OJ everywhere he went, including back to is $1.8 million home in an upscale Las Vegas neighborhood (I wonder what his neighbors think of him being “home”?).

OJ was already found back at his old stomping grounds (the golf course) where he had dinner and drinks with some friends at the country club and even took pictures with many golfers who were coming in from a day on the course.

Who knows if OJ’s new lifestyle will stick with him and he’ll continue murdering body fat, or if he will get caught up in his bad habits again and go back to burgers and junk food for every meal? Give it a few more months and I’m sure we will all find out soon enough. Heck, who knows if he’ll stay out of trouble that long? He has quite the track record of getting in trouble with the law. We can all only hope that “The Juice” is loose and out of trouble. I wonder if he’ll pick up the new Ford Bronco when it’s released?