The Life of a Anabolic Steroid Dealer: The Bust 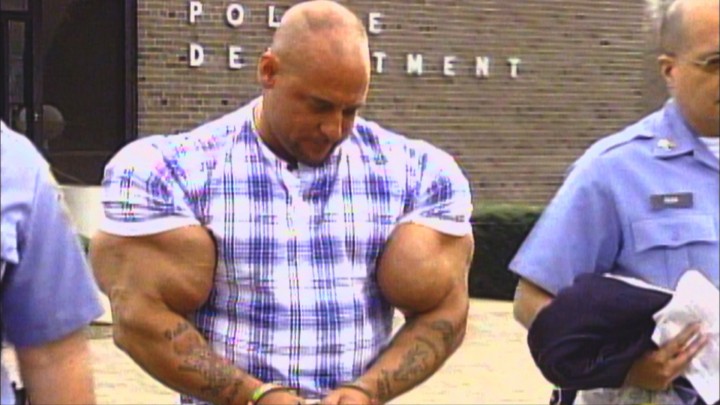 Paranoia is considered a mental condition characterized by delusions of persecution. It may be an aspect of a chronic personality disorder, of drug abuse, or of a serious condition such as schizophrenia in which the person loses touch with reality.

Over sixteen long months I took every precaution to cover my tracks to make sure I could not be found. Many of the characteristics that I had taken on to survive could be compared to those of a person suffering from paranoia. Sleep did not come often. The slightest noises outside would wake me, with the fear of my door being kicked in, bringing everything to an end. The persecution I feared was not a delusion, and it was coming to find me one way or the other.

Living on the run can be exhausting, but as bad as everything would seem at times, I was still free. I wasn’t locked in a cage with 2,000 other men while being told what to do and when to do it. I lived in a nice home; drove a nice car, and I still had large amounts of money coming in. Without the money, I wouldn’t have been able to stay under the radar like I did. Moving often and using a fake identity is not cheap.

I knew the day would come when I would no longer be able to live in my home, drive my car, and spend the money I had. The federal government had indicted me on steroid distribution and manufacturing charges in 2007, and I had fled the state of Texas before I could be arrested, but it was just a matter of time before this would all catch up with me.

I was tired, and I didn’t know how much more running I could endure. I was living on booze, Nubian, and anything else that would temporarily keep my mind off of being arrested. I blew through large amounts of money when I should have been burying it somewhere for when my day did come. I lived for every moment, knowing that it could be the last one I spent free for a long time.

July 8th, 2008 was the day after my 30th birthday. After getting out of bed mid-morning, I went straight to my bathroom hoping to find enough coke residue on a plate I had used the night before to wake me up. I guess everything had been used the night before, because there was nothing to be found. I grabbed a pill bottle in a cabinet drawer, and I dumped two lortabs into my hand, I chewed them up and swallowed them with a glass of water. I felt horrible after a night of drinking, and I needed something to help me feel better. Like most days during my run, I didn’t have much I had to do that day, but I wasn’t going to lay in bed nursing a hangover all day.

At this time, most of the steroid powder suppliers in China had either been arrested or were laying low. My supplies were getting scarce, and I knew once they were gone, so was my only source of income. As I stood in the shower, I thought about the idea of using some of the money I had left to open a business, something that could generate revenue while I was in prison. I hated to think about prison, and I avoided the thought most of the time, but it was something that I would have to face sooner or later.

After getting out of the shower I made a few business calls and I contacted a connection I had in Eastern Europe through Skype. This contact had access to steroid powders that were being produced in Russia and other parts of Europe. I wanted out of the steroid business completely, but I knew I needed to keep this door open in case money started to get low. I had previously made a few deals with this guy from Europe, and everything had panned out as he said it would, so I knew him importing for me wouldn’t be a problem.

I got in my truck to go eat lunch at a restaurant close by, and on the way to go eat lunch I noticed a dark green Ford Expedition following me. I turned through a neighborhood to see if it would continue to follow me. I had never seen this vehicle before, but my gut told me something wasn’t right. This concerned me and I couldn’t stop thinking about it as I ate my lunch. After finishing my lunch I drove to Flex Gym where I worked out with my workout partner, Tyson.

After about an hour of being at the gym we walked over to a machine to finish up. While in between sets I noticed a police officer slowly driving through the gym parking lot. Normally, this wouldn’t have bothered me, but after being followed by the Expedition earlier that day, I couldn’t help but be anxious about this. The police car made a few rounds through the parking lot, and Tyson noticed my attention was on the police car instead of on my workout. He asked if something was wrong, and I told him I didn’t know. Tyson didn’t know what I did for a living, and he didn’t know I was on the run. He did know something was wrong, but he didn’t say anything else about it.

The drive home from the gym had me on edge. I knew things weren’t right, and the possibility of being pulled over any minute and being taken to jail made my stomach turn. After the ten-minute drive home, I made sure I wasn’t being followed before pulling on my street. I walked into my garage and shut the door before going in my house.

I paced the floor in my house for a few hours, trying to decide whether or not the feds knew where I was, or if the police car at the gym and the Expedition following me was just a coincidence. I eventually told myself that I was just being paranoid and that things were ok.

After taking a shower, I decided to get out of the house and grab something to eat for dinner. I grabbed my phone and wallet and walked out my front door and started walking to my truck that was parked in my driveway. As I was about to get in my truck I noticed a white Infinity sitting in my next-door neighbors driveway. There was a man that I had never seen before leaning up against the car while talking on the phone. His focus seemed to be on me as I opened the door to my truck. Normally, I would think this was just a nosey neighbor, but after the events earlier in the day, I knew this was not right. I talked to my neighbors quite often in passing, and this guy and his car had never been around. Everything seemed out of place.

I knew that if this guy standing next door was a cop, and walking back in my house would surely let him know that I was spooked and evading him. I got in my truck like nothing was wrong and backed out of my driveway. My house was at the end of a cul-de-sac, so there was only one way that I could go. As I started down my street, I turned right on the only street that intersected with mine. I drove slowly; checking my mirrors and surroundings, knowing something was about to happen. I hoped my gut was wrong. While looking in my rear view mirror, I saw the dark green Ford Expedition that I thought was following me earlier in the day pull up close behind me. My heart started to race, and I knew law enforcement had finally found me. Quickly, two unmarked Crown Victoria’s rushed toward the front of my truck, making a V shape, with more cars pulling in behind them.

A half a dozen or more cops were standing next to their cars with guns drawn and pointed at me. They were screaming commands for me to step out of my truck. I knew if I stepped out I was done with, and I was going to be locked up for an unknown amount of time. Most people would not think twice in this situation. They would simply put their hands up and give up. I wasn’t like most people. I had always pushed the envelope, and pushing it one more time is exactly what was racing through my mind.

To my left was a park that had an open field that led all the way to a main road. That would be my only way out. I was blocked from the front and the back, but I had enough room in front of me to turn left into the grass. The cops held their guns my way and continued to yell for me to get out of the truck. I didn’t know whether or not they would fire shots if I tried to drive off, and I didn’t know if they had someone waiting at the main street in case I tried to run. Chances are they would shoot, and I am sure they had police units waiting on the main roads for me. I accepted that my run was over. I was finished.

I got out of the car and two officers in bulletproof vests rushed me and took me to the ground. After being handcuffed, I was taken to a curb where I was told to sit. Two men that I recognized walked toward me. It was FDA agent Wade Moon and Tarrant County Organized Crime agent Tim Wing. Agent Moon walked over to me and told me that I had a nice run, but it was over. Agent Wing read me my rights, and I was escorted to Moon’s car where I was placed in the back.

I had never intended to be in a position where I would be sitting in the back of a federal agent’s car while facing serious criminal charges. Everything started so simple, but before I knew it, things were out of control, and here I sat.