Anabolic Steroids & Prohormones – Are they one in the same? 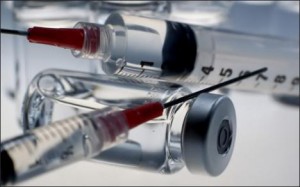 Today, there is no disputing the fact that the prohormone/designer steroid industry has become one of the most successful categories of performance enhancers in supplement history. With over a decade of product innovation already behind us, we have seen some of the world’s most potent anabolic compounds sold right on our store shelves as genuine legal alternatives to traditional steroids. Right from the start, those within the supplement industry decided to coin the term “prohormone” in an effort to both define and differentiate this category of supplements from its peers. This is all well and good, but for the fact that this term is misleading and responsible for much of the current confusion regarding the similarities and differences between prohormones and traditional steroids.

The supplement industry defines a PH as a steroid hormone which, once inside the body, is capable of converting into another active steroid, while traditional steroids are active in their original form, not requiring any conversion in order to display anabolic effects. However, this generalized definition of prohormones is not accurate. In reality, the term PH and steroid are synonymous, as PH’s and traditional steroids often display the exact same characteristics, demonstrating anabolic activity in both their pre and post-conversion states. A big part of the reason for the current misunderstanding is not due to the terms themselves, but in how they have been applied. With supplement companies advertising these products as different from regular steroids, it is not hard to see why most consumers have developed a relatively distorted view of prohormones, seeing them solely as legal alternatives to “real” gear and therefore, making a marked distinction between the two.

With this prevailing line of thought established, many were led to believe that PH’s are inactive in their original form and must undergo conversion in order to cause muscle growth. While it is true that some PH’s are inactive in their original state, many are not an often, their growth promoting effects are derived almost entirely from the original molecule. This marred perspective is due primarily to the supplement industry, which has sent out a consistent message over the years, labeling PH’s as nothing more than gateways to the more well-known steroids. Any inherent anabolic activity attributable to the parent molecule is usually ignored, while the focus is placed almost entirely on the post-conversion steroid. With the average BB’r readily recognizing these more common steroid names, can we really blame our supplement companies for continuing to focus on them over the less well known AAS?

One PH that fits the above description is Halo Extreme, by IML. This particular compound has long been marketed as a PH to the old East German steroid, Turinabol. In the real-world, it provides results very similar to T-bol, yet only a tiny fraction of the molecule actually converts to the drug. This is because, like so many other PH’s, the parent molecule is predominantly responsible for its growth promoting effects. This makes Halo Extreme an active steroid in its own right, but instead of it being sold as a new steroid with its own identity, it was associated with Turinabol instead, in order to capitalize on its greater sales potential.

As mentioned above, the ability of hormones to convert into other steroids is certainly nothing new. After all, many of our traditional AAS do just that. Let’s take a look at a few examples. Boldenone (commonly known as EQ) is a veterinary steroid frequently used by BB’rs, but it is also capable of converting into another extremely potent steroid called Dihydroboldenone (1-testosterone). This undeniably makes Boldenone a PH to Dihydroboldenone, yet we never hear anyone refer to Boldenone as a PH. Ironically, the old-school supplement called 1-AD also converted into 1-testosterone, yet it was marketed specifically as a prohormone. Another example a traditional steroid sharing the dual title of PH-AAS is the big-daddy of all steroids, testosterone. Testosterone is technically a PH, as it converts into several other active metabolites. Have you ever heard of dihydrotestosterone? How about Estrogen? Well, testosterone converts into both, officially making it a prohormone.

I could go on listing dozens of other steroids, all of which convert into other active metabolites within the body, but you get the point. So, with both traditional steroids and OTC PH’s often displaying the exact same characteristics, why do so many people make a distinction between these drugs and place them into different classes? While the original cause may have been so supplement distributers could differentiate their products from illegal steroids and thereby minimize the potential for FDA involvement, the second cause is due to a lack of knowledge regarding steroid history. In order to understand how we arrived at this juncture, we need to take a brief look back in time and see how the steroid market progressed, as these were the years responsible for forming our current understanding of what steroids are.

Before “PH’s” first came on the scene, the typical steroid user was largely ignorant of the immense amount of steroid research which had been conducted in the 50’s and 60’s and therefore, had little to no knowledge of the huge number of diverse steroids which had been synthesized, studied, and later archived. Their knowledge of steroids was limited almost entirely to the category of AAS now defined as “traditional” steroids. Traditional steroids are those AAS which were selected from a much larger group of officially recognized drugs, which were subsequently manufactured for legitimate medical or veterinary use (Note: Maximizing muscle growth was not a priority when determining which steroids would be selected for pharmaceutical production). These were the only steroids BB’rs had available, with mass pharmaceutical diversion taking place on a wide-scale. We didn’t have supplement companies releasing new steroids every 6 months. There were no PH’s or designer steroids…and UGL’s did not yet exist. What we had was what we had. With such a limited selection, it became easy for BB’rs to associate the term “steroid” with this particular group of brand name drugs and it remained this way for decades.

So, after supplement manufacturers released the first OTC steroids, the term “PH” was accepted with little resistance. With such little knowledge available on the subject at that time and with these compounds being completely unknown to the BB’ing community, this is not surprising. The 1st PH’s to be released were 4-AD and a 19-nor. With oral administration being the only legal option and with no delivery system in place to protect the molecule from degradation, very little of the steroid was able to survive the digestive process. Up to 95%+ of the PH never made it into the bloodstream and with conversion taking place a relatively low rate, results were basically non-existent. On the other hand, when injected at sufficient dosages, 4-AD was capable of producing meaningful results, although these results were due mostly to 4-AD itself…not conversion to testosterone. It was more of the same with 19-nor; no delivery system, mediocre conversion rate, etc. All in all, the first generation of PH’s were crap. After identifying these shortcomings, some manufacturers released a transdermal version of these compounds. They definitely worked better than their predecessors, but were nothing to write home about.

Up to this point, there had been a clear agenda among the PH industry to differentiate these products from steroids. Even the lead magazines of the day, which at that time were the main sources of information on products of this nature, were circulating misinformation. On many occasions, it was claimed that PH’s were incapable of mediating anabolic activity in their pre-conversion state and were thus defined as non-steroids. Whether this was due to legitimate ignorance or a desire to keep these products segregated from traditional steroids, I do not know. Regardless, time has shown this lie dies hard. Even today, a large percentage of our fellow BB’rs believe them to be incapable of initiating growth pre-conversion. With so much contradictory information out there, the less educated remain misinformed.

We’ve spent the last several paragraphs discussing the similarities between PH’s and traditional steroids, providing several examples of PH’s that demonstrate anabolic effects in both their pre and post-conversion states. However, there are also some PH’s which possess no anabolic activity in their original state, but must undergo conversion to active AAS before they can positively impact muscle growth. The metabolism of testosterone within the human body provides us with an example of both types of PH’s. See below.

As you work your way up from the bottom, you can see that cholesterol is first step in the synthesis of testosterone in the body. Although it demonstrates no anabolic activity on its own, cholesterol is technically a steroid hormone, which also serves as PH to pregnenolone. In the same way, pregnenolone is a PH to DHEA, neither of which have much effect on muscle growth in the typical male. These are all examples of PH’s which must undergo the conversion process in order to elicit any type of growth response. We need to work our way all the way up the ladder to androstanedione before we come to a PH capable of mediating growth on its own. After androstanedione we reach testosterone and lastly, we come to DHT. Every single hormone above is a PH and also a steroid, except for DHT, as DHT is not able to convert to anything beyond itself. Some other examples of traditional/designer steroids which are unable to convert to other active metabolites are: Anavar, SD, Anadrol, Winstrol, M1T, Methylstenbolone, and Trenbolone.

Hopefully, this brief explanation was at least somewhat helpful in distinguishing between the various steroid hormones, as well as dismantling current misconceptions as they pertain to various OTC products. So, the next time you see someone on the boards remarking that prohormones aren’t “real” gear, you will be able to correct their error accordingly.

Newer Post
Have OTC Cycles Advanced to the Next Level?
Older Post
Creatine speeds up muscle recovery in endurance athletes