Time to Cut the Cord 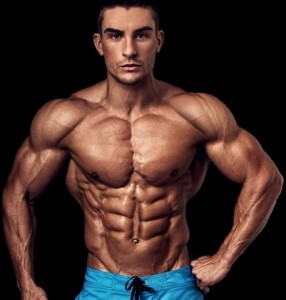 Several years ago, bodybuilding gave birth to a adorable little bundle of joy clad in board shorts. I know, I know….everyone has gotten their jabs in on Men’s Physique. This is not my goal. I recall the day we received the official word from the hospital that the newborn joy had arrived, and it was met with a resounding…”what the @#!#?”. I didn’t get it.

You didn’t get it. No one who would even go on to fully embrace the division got it at the time, and if they now say that they did, they are lieing. Without jumping into a bash-fest, it seemed comical at the time. We were told they would only have to hit several hand on hip poses, and wear knee length board shorts like you would see at the beach. Not only were we all horribly wrong to predict it’s immediate doom, it would go on to overtake bodybuilding in terms of numbers and leave us all scratching our heads. The fat lady has sung, ladies and gents, Men’s Physique is a success to the infinite degree and has become somewhat of a fitness culteral phenomenon.

If you look back to the days of Arnold and Gold’s Gym, we saw bodybuilding crack into mainstream culture. You can still see tattered Gator’s Gym tank tops drooped over the saggy physique of the quintessential 70 year old dude who still thinks he has it in your local gym. “Pump you up” was a phrase thrown around at will. The 80’s was a decade of physical culture as aerobic infomercials littered your TV and people actually knew who Cory Everson was. From then until now, however, biceps have not had a large roll in every day media. In the last few years, the onset of the MPD (Men’s Physique Division) and the explosion of social media has brought muscles back into the limelight, but this time there is a cap on how much muscle is acceptable.

Since MPD is under the NPC/IFBB umbrella, the argument has been made that it is helping to bring Bodybuilding to a larger audience. Fact is, if you go to your local NPC show the majority of the people in the audience are there to see their friend compete in MPD of Woman’s Bikini. They are not fans of bodybuilding, they probably will leave beforethe bodybuilders go on stage (or come late if the Bodybuilders go first, as they do here) and if they do happen to stick around to see a superheavyweight hit a most muscular, they will probably giggle and say “OMG that’s gross” to their little friends next to them. So now we have gigantically long and torturous shows, judged by judges who can’t humanly give proper focus for that amount of time, judging divisions they may or may not be interested in. Who is benefiting from this expansion? Well, the show promoters mostly. Bodybuilding fans are not excited about having to sit through the new divisions, and most of the MPD fans are not happy about having to watch bodybuilding.

At first it was necessary to piggyback off the infrastructure that bodybuilding had laid down, but now MPD (and bikini too, they go hand in hand) has grown past those limits to where it is growing faster than bodybuilding ever will. The mainstream accessibility has a whole new breed of weight lifters who’s end goal is to be a Physique Pro and in photo shoots. The extreme nature of bodybuilding will never crossover to a noteworthy amount of the MPD audience, they are just too different. And to be brutally honest…

I don’t want it to. I’m already sick of people at the gym talk about “keeping their aesthetics” before they have built 1/8th the amount of mass required to even worry about being un-aesthetic. Not to knock all of their physiques, many of the professionals look absolutely amazing. But the culture itself is a completely different breed. It’s a breed where hair is an actual concern of the competitor. We can keep trying to share the same sandbox but eventually it’s going to be full, and I greatly wish the “powers that be” would consider a formal split of the two entities. Obviously to utilize venue rentals and sponsor booths for expos, the majority of the shows would take place on the same weekend, but it would be ideal to split them into two days and completely separate the ticket sales and general marketing. Even if we went more extreme and bodybuilding was all by itself, I personally would enjoy sitting in a 300 seat arena full of excited bodybuilding fans than a 1200 seat arena that’s half empty due to parents waiting outside for little Billy to get on stage for his MPD debut and then several hundred people who hate bodybuilding making stupid comments. While this is my personal preference and would obviously never fly due to financial reasons, I hope we CAN see a mutual separation of the culture as I no longer feel like either division is benefiting from the attachment to the other…of course the promoters will say otherwise.