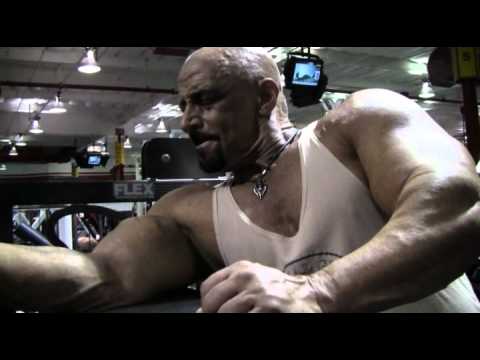 Nothing in this article is intended to take the place of advice from a licensed health professional. Consult a physician before taking any medication. As of late I have had several questions regarding the various prohormones, prosteroids and designer steroids, mostly “what the F#@*K is the differences” and, of course, do they work.Prohormones

A prohormone is simply one that requires an enzymic or other chemical interaction before becoming an active hormone. As example is norandrostendione. (Yes, it is worthless as an anabolic) Norandrostenedione can be converted into 19-nortestosterone (A.K.A. Nandrolone) by the enzyme 17b-hydroxysteroidehydrogenase (17b-HSD) at a rate of 5.61%, though it more commonly interacts with the aromatase enzymes producing norestrogens much more efficiently (gyno, female pattern fat deposits and no libido has seldom been anyone’s goal). A very popular prohormone is 1-AD which requires enzymic alteration to become the now well-known AAS 1-Testosterone.

The term prosteroids is used in the supplement industry to make products sound much cooler and effective. In truth it is a term that denotes an active hormone that may or may not be subject to enzymic alterations. Yup, in short it means an actual anabolic-androgenic-steroid (AAS) that has not as of yet been classified as a controlled substance. Examples are 1-Testosterone, Testosterone-OH and Nandrolone-OH.

Designer steroids are no different than prosteroids or classified AAS with the exception of the fact that they sound so much more effective and exclusive than the rest. The thought is that it requires the creation of sophisticated molecules molecularly close to known existing AAS yet undetectable by current doping tests. However there are several existing such structures that meet this criteria. Oh, and if you have anything to do with Balco Labs, it means you are screwed for knowing of them and secret sales to athletes for the intent of beating drug testing. Many will recall that the issue with Balco Labs was over a so-called designer steroid called tetrahydrogestrinone, or THG.

THG was not a controlled substance or considered an AAS by federal law, at that time. However it bears very strong similarities to gestrinone, which is banned by the IOC. This is also the event that started the push by Bush to ban prosteroids and most other supplements. (Interesting that a “Bush” would hate everything with the potential to increase male effects)

*It should be noted that the FDA has formally stated that they declare THG to meet the definition of an unapproved drug. This means that it cannot be sold for human use.

Most readers are aware of the fact that regular testosterone has some negative side effects such as making many look like a water balloon going bald. In short, testosterone metabolizes to estrogen and DHT. But, of course there are better options that allow a bit of mitigation to the DHT problem without sacrificing the advantages it has upon physique sculpting.

DHT metabolizes into a variety of different hormones such as 5-alpha androst-1-en-3,17-diol (better known as the supplement found by Patrick Arnold called 1-AD). In our body’s 1-AD must convert into 1-Testosterone in order to be active. Hmmm, since 1-Testosterone is a natural metabolite of DHT then it makes more sense to skip the 1-AD conversion and directly supplement with 1-Testosterone.

1-testosterone is a surprisingly effective prosteroid (you can call it a designer steroid if you like, but it has been around awhile). It is chemically known as 17beta-hydroxy-5alpha-androst-1-en-3-one which is a derivative of dehydrotestosterone (DHT) only with fewer DHT related side-effects.

* 1-Test does not aromatize to estrogens. In fact some studies suggest a slight anti-estrogen effect due to aromatase inhibition. (No water retention, gynecomastia or fat gains)

* Similar to Trenbolone or high dose Primobolan Acetate in effect without the libido issues.

Naturally, many hard-core athletes have employed 1-testosterone as a parental (injectable) preparation. Those that were able to acquire 1-Testosterone esters such as decanoate or cypionate realized the best anabolic results due to improved pharma-kinetics. Most users of properly prepared sterile products (pyrogen free) report significant hardening of the musculature with increased lean mass tissue and fat loss at total weekly dosages of 200-300mg. There is also a surprising noted significant increase in functional strength. Many have compared 1-Testosterne Cypionate to Trenbolone in effects. I have noted this to be so but this would suggest potential for the negative side-effects of trenbolone as well. I would suggest that the results from this type of application are closer to that of high dose Primobolan Acetate use with better over all hardening value. (Harder, leaner, stronger and hornier. Those poor lads)

*Though some companies have marketed quality “sterile” orals, it should be noted that it is not legal for anyone to administer these items as injectables.

But What of Oral Administration?

When unprotected AAS or prosteroids are ingested orally the majority of the dosage is destroyed by the liver due to a factor called hepatic (liver) first pass deactivation. In short it means that the liver filters out your intended results and sends them to the toilet. Often this means as little as only a few milligrams (3-15%) of the original dosage makes it into the circulatory system where it can access muscle tissue. Worse is the fact that, due to its unprotected state, the minor amount of active product that does make it into the circulatory system is destroyed and toilet-tossed during the second or third pass…within a couple hours of ingestion. This refers to the half- and active life of a chemical. Next to no absorption and very brief exposure to target tissues (uh, like muscle) means little or no results.

Hmmm, substrates that are water soluble (hydrophilic) go to the liver for assimilation or excretion and those that are oil soluble head straight to the lymphatic system thus avoiding first pass destruction.

Esterfied prosteroids (like 1-Testosterone Cypionate or Decanoate) are hydrophilic by nature (Esterized simply means that an ester chain has been added to the prosteroid structure). Lipophylic ester androgens are absorbed the same way most dietary fats (long chain fatty acids) are absorbed. After ingestion the body produces bile for emulsification and then our numerous lipase enzymes hydrolyze the compound to form what we call micelles (I did not name it so please do not blame me when trying to pronounce it). The micelles enter the intestinal cells where they form a lipoprotein carrier called chylomicron, which is a combination of esterized prosteroid and special protein found in the small intestine. Once the compound forms the chylomicron, it is released into the lymphatic system where it is then released into the blood stream. (This means a higher percentage of active muscle building prosteroid in the blood stream.)

*Remember: The lymphatic system skips the destructive first pass of the liver. An interesting note to point out is that the research with esterized steroids demonstrates oral administration with oils (MCT and sesame are oils). They mixed the active compounds with various oils, then administered the compounds orally. The inclusion of the oil facilitated improved lymphatic absorption (since this is the same way most dietary fats are absorbed, it should not be a surprise).

So the reality is that many of the “sterile” oral preparations (including 1-Test) that are esters are absorbed well orally. The fact remains however, that though effective, administration by injection allows for 100% bioavailability…but is illegal to suggest or do without medical consent and supervision.

The predominant of pharma oral AAS are 17-alpha alkylated. Alkylation allows the administered dosage to remain intact after the first pass through the liver thus providing much longer tissue exposure due to prolonged half-life. Without this alkylation there is considerable degradation of the active compound. It has often been said that alkylation causes undue stress upon the liver and is therefore toxic to liver tissue. In truth this is so, but on a dosage dependent level only.

Many years ago several studies were performed upon two alkylated oral AAS: Oxymetholone (AD-50) and methyltestosterone (methandrostenolone AKA D-bol should be included here due to dosage issues). The average dosages were between 100-250mg daily. After several months or use, patients showed significant elevation in liver enzymes (ALT, AST and GGT) thus suggesting a significant hepatic stress. Some currently available prosteroids (okay, Designer Steroids) have been alkylated to increase bioavailability to nearly 100% with a half-life of up to 12 hours. (Yup!)

Methyl-1-Testosterone and Other Alkylated Prosteroids

As example is methyl-1-Test. Yes, this is methylated 1-Testosterone (M-1-Test) and a highly effective oral androgen. However, it is a totally different prosteroid both in affect and activity than 1-Testosterone.

M-1-Test is far more anabolic and androgenic than 1-Testosterone. This also means that it is far more destructive to hair follicles and prostate tissue than DHT itself. When a hormone is alkylated (like adding a methyl group to the 17th ring) it totally changes the pharma-kinetics of the compound as well.

Have you noticed that most 1-Testosterone users report better sex-drive, more energy and a positive outlook upon life with their musculature gains? Yet those using M-1-Test report lethargy, no sex-drive and really bad moods to go along with high blood pressure and head-aches, oh and increased muscle mass. Personally, though effective, I dislike M-1-Test for health concerns.

This is all due to the methylated alteration that alters a chemical’s effect upon androgen receptors and physiology in general. Most of this is due to secondary activity triggered by the compound such as adrenalgenic and neuro-net over-stimulation, hepatic alterations and general burn-out. Though M-1-Test employed at a daily dosage of 10-20mg for 2-4 weeks seldom results in liver concerns (if it is a very high quality product free of other raw material metabolites and toxins), it certainly does have several negative side effects easily avoid by opting for 1-Testosterone Cypionate delivered through any viable means.

Oddly enough this is not true of many highly effective prosteroids. I have often been asked why anyone would market both 4-hydrohynandrolone (Nandrolone-OH or 4-OHN) and 17aa-4-hydroxynandrolone ( Methyl-4-hydroxynandrolone or M-4-OHN). In truth, the answer is because they each affect the musculature and physiology positively but in very different ways. Just as D-bol and Boldenone (EQ) are the same base compound, due to methylation they act totally differently upon physiology. Perhaps I can better explain why the paradox of 1-Testosterone and M-1-Testosterone as well. Sorry, a little science geek info is needed.

When one compares the fast-acting 17-alpha alkylated oral version of 4-OHN (Methyl-4-hydroxynandrolone) to methyltestosterone (17-alpha-methyl-testosterone), you realize that it possesses a myotrophic (muscle building action) that is about 27 times higher than that of the well know oral AAS methyltestosterone. (Pretty cool, huh?) It also possesses androgenic properties that are over 5 times higher than methyltestosterone. However if we compare a long-chain injectable ester (4-OHN cypionate or decanoate) with prolonged release, you will find that it possesses much greater myotrophic action than testosterone cypionate…but with no androgenic properties. This is a fairly common pharmacokinetic difference between fast-acting orals and slow acting injectables. Different release patterns, alkylation or esterfication as well as metabolism dramatically alter physiological effects of the same base prosteroid.

The modification of the compound (decanoate, cypionate ester or 17-alpha alkylation) influences the release rate of both dosage forms (oral and injectable) but far more so for the injectables than orals. For instance, Testosterone undecanoate when given orally has a very short half-life of 3-5 hours. But when administered via injection te half-life extents to about 7 days.

Translation: Hormones that are absorbed quickly with a circulatory spike and a quick drop tend to significantly enhance any androgenic activity that the hormone may possess.

When methylated/alkylated, 1-Testosterone becomes way too androgenic for healthy physiological application, but Nandrolone-OH simply becomes closer related to Oxandrolone (Anavar) in affect and less like Deca.

In closing I hope that readers realize the point is specific intent through better choices. And of course better health for all.