The Mutant And The Mouth Podcast 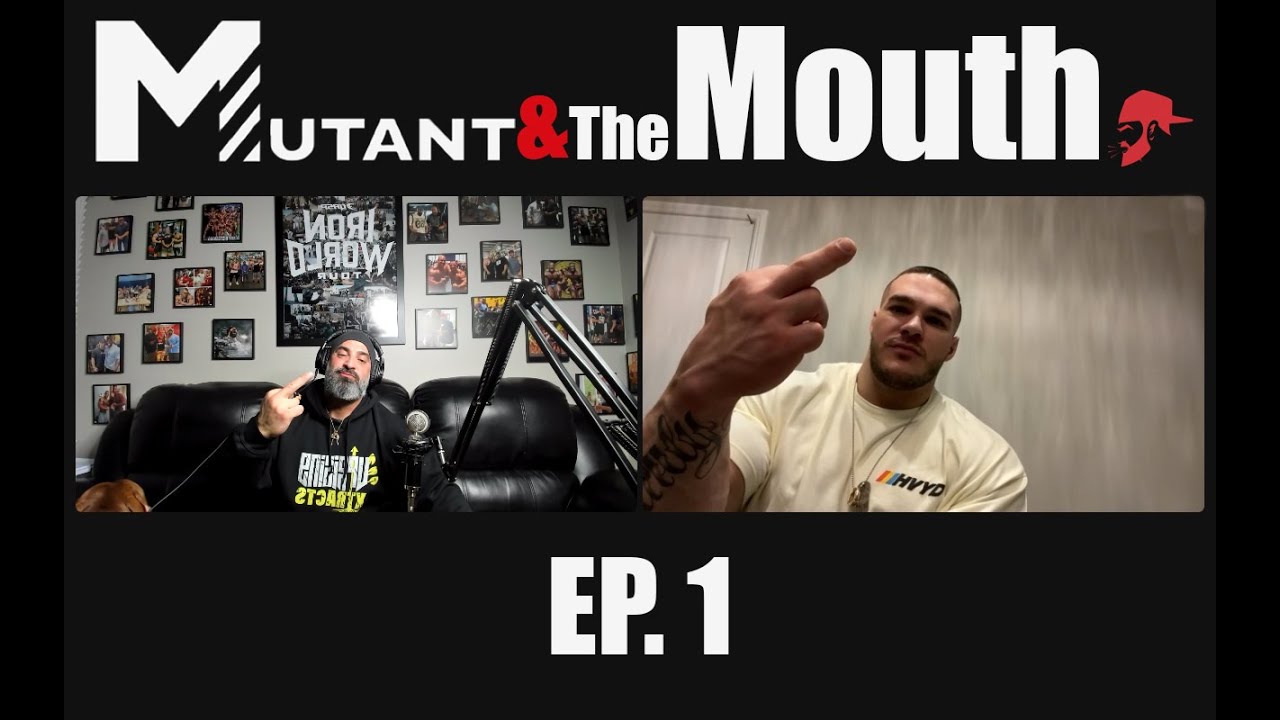 Just when you thought the world had enough podcasts there’s yet another one but this one might actually be one to mark your calendars for. It features Guy Cisternino and Nick Walker, two familiar faces and voices from Fouad Abaid’s hit program Bro Chat. Word on the street is that Nick and Fouad just can’t seem to get along and it appears that the new podcast may be the only way for the mass monster to have a steady voice on the airwaves. Although he made the rounds when he first broke with Hosstile, appearing on a number of programs, including Bodybuilding University, this podcast might be the best fit for the time being.

From what I’ve heard and from folks I’ve spoken to directly, Nick has a hard time maintaining long-term business relationships. We’ve seen this play out many times before with him and he’s developing the reputation of being somewhat of a user and bridge-burner. Nonetheless, his stock is rising and a lion’s share of fans believe that the Arnold Classic champion should have beat both Derek Lunsford and Hadi Choopan at the 2022 Mr. Olympia. The fact is 3rd is a great place to have because it cements one’s position in the Top 6 and it’s close enough to the Top 2 to demand constant comparisons made throughout cyberspace. You can’t go to a single facebook group, message board, or social media app and not read about the “Olympia controversy.” Personally, I don’t think there was much of a controversy to begin with. I don’t like NIck’s look and many of the purists don’t either, but 3rd place gets you tons of love from conspiracy theorists!!

It also gets you vocal critics. Accepting criticism has never been one of The Mutant’s strong suits.

In fact, guys like Robby Robinson have had a very hard time staying quiet. While Nick did technically beat guys like Big Ramy and Brandon Curry (by taking a higher placing), what he brings to the stage is anything but aesthetic. He’s a giant and size is his calling card. When you stand him next to someone like Brandon Curry at 100% it’s a no-brainer which physique is more complete and which physique will inspire more people to the gym. Nonetheless, it’s only a question of time until Nick is crowned Mr. Olympia. I personally think his day will come before Derek’s and/or before any previous champion can potentially win the title back.

Nick won the North Americans and is generally well-liked by the powers that be. Doing this podcast with Guy will also keep him out of trouble. Because even though Guy has assumed the role of “the mouth,” he’s never gotten himself jammed up with Pittsburgh. I believe having an older guy, both in terms of actual age but also in terms of time in the sport, will help navigate Walker from making any foolish mistakes. This was also the case with Fouad, who is very much a company man and would rather eat a clump of dirt rather than criticize those who run the sport. And while that may seem like censorship to some, most bodybuilding fans don’t care about criticizing the establishment. Everyone knows what happens when you do that – just take a look at Lee Priest’s glowing career post 2006.

The fact is most bodybuilding fans love bro talk, broscience, and random news commentary. What sells most is a hybrid of bodybuilding commentary and what Joe Rogan does. This is the secret to success nowadays.

Fans also want to hear about what the guys drive, what they eat, and what’s going on in their lives. In reality, it’s like a throwback to GTL (Gym, Tan, Laundry of the Jersey Shore days). The viewers also like trash talk. Even if it’s not directed at the judges or federations, trash talk still keeps people engaged if it crosses lines.

Podcasts like Bro Chat and its offshoots – and The Mutant And The Mouth is certainly that – stick to safer but still edgy talking points. In the end, they want the perception of rolling up their sleeves and getting their hands dirty but they’re not after offending anyone in reality. Some might call this type of commentary bordering on scripted but I’d hold back from going that far. It’s certainly a dance. Criticism is kept constructive and the idea is to cast the widest net possible. Hits is the name of the game and eventually these guys will want sponsors and advertisers.

That said, before sponsors or advertisers will take a second look at this podcast, it will have to last at least 4-8 weeks. While both of these guys have huge followings, advertisers need something on which their goods and services will be marketed. These guys have existing sponsors as individuals so in order to sell their new show, they need content.

Will Guy be able to do with Nick what Fouad has thus far been unable to? Can this duo last a month, two months, or more? And if they can, what kind of production value will they have?

While Guy has the set-up in place, he looks tiny on his screen. He has the sound and lightning down, but he needs to either get closer to the camera or have someone zoom the camera in. Nick, on the other hand, has no production value. He’s sitting in front of a wall, has no lighting to speak of, and is probably using his phone or a factory built-in mic on a computer or camcorder. Had it been me, I would have ironed out these details even long before doing the first show, but perhaps they’re going for content above all else. I do like their logo and I do like that they have a YouTube channel devoted to the program as opposed to adding the series to an existing channel.

The fact is this is all very exciting and part of me wants to see these guys hit a home run. Some might say why only part of me? And my answer would be a simple one. Doing a podcast like these guys seem to want to do requires business acumen. Guy definitely has it and Nick may have it. If these guys just want to talk shop each week and never do more than that, then great; however, as soon as money comes into play the business side of things comes into play. It doesn’t have to be complicated but there should be some kind of agreement – in writing – or things will go south and fast.

After watching/listening to the first episode I’m very impressed. Let’s see what they’re able to do and hopefully they hit a home run. I sincerely wish them the best – even though Nick has me blocked on IG. Lol. I’ll live.