Shaun Clarida For The Arnold Win! 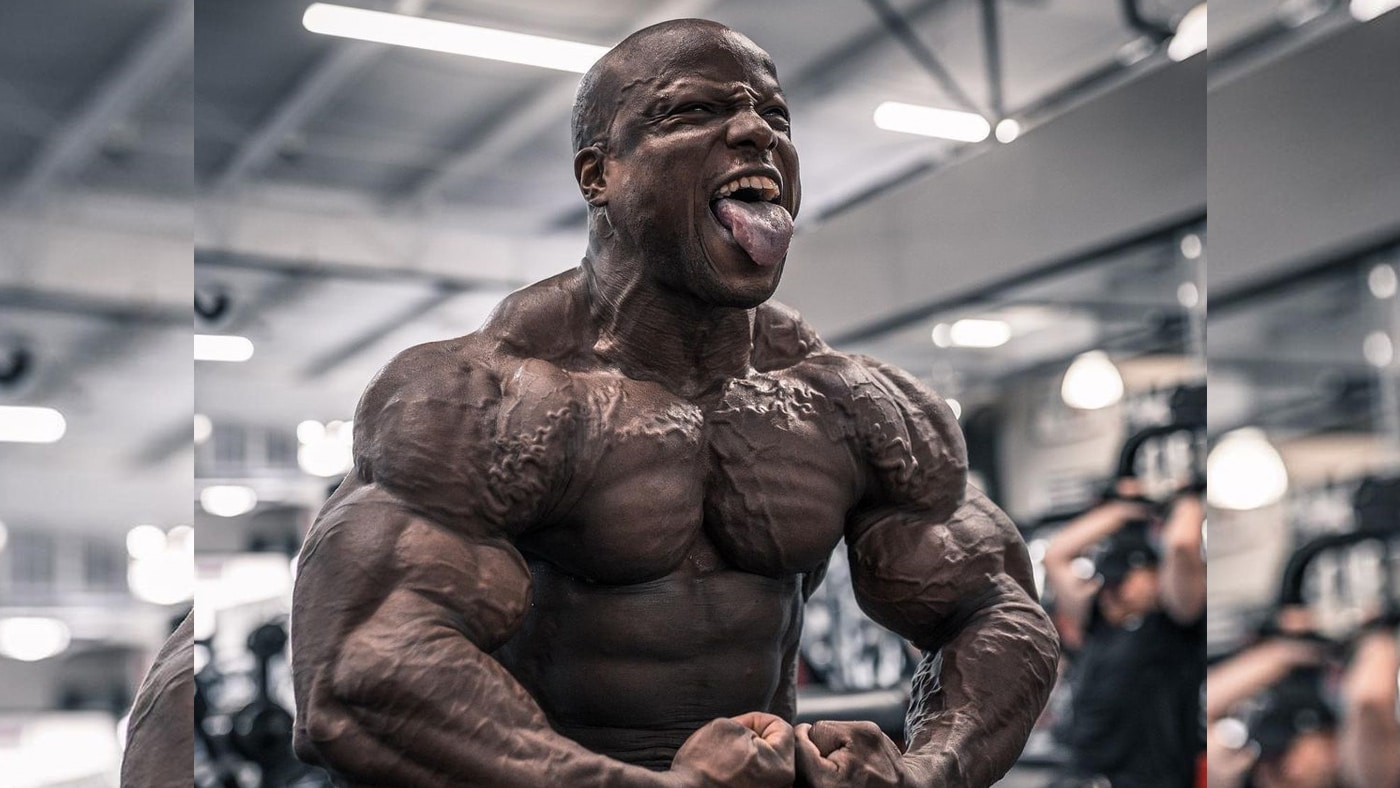 The talk of the town right now is that 2022 Mr. Olympia 2nd runner-up and former Arnold Classic champion Nick “The Mutant” Walker threw his hat into the ring for the 2023 Arnold.Classic. Although he’d said he wouldn’t be doing the contest – things changed, Arnold’s $100,000 hailmary was enough to get the North American champion to jump in and all but claim victory.

Up until this point, many insiders – myself included – thought Shaun Clarida could win the 2023 Arnold Classic. And guess what, even after Walker’s announcement, many of us are of the same opinion, and here’s why. Here’s why I – and many other people – think that The Giant Killer and The Lion of Libya will both do way better than most expect. Before delving into this topic, I want to say for the record that I plan on penning articles about other top competitors like Arnold Classic champion and one of my favorites William “The Conqueror” Bonac and Samson Dauda as well. That said, this article is primarily about Shaun and to a certain extent Kamal as well.

For much of the run after the Olympia and headed towards the Arnold Classic, Samson Dauda had been telling the press – or – the press was running with the story that this would be the contest that would change his career. Because he was the top placing Olympian doing the Arnold, many believed he was the sure shot to win the contest. As soon as Walker announced he was competing, Samson faded back into the background. The same goes for William, who has long been cast aside.

Although I’ve been writing for months that I sensed The Conqueror was being made more and more irrelevant, I think we can see exactly what I was talking about with his placing at the O. After all, this is a guy who placed as high as 2nd at the Olympia and has won twice in Columbus. Whereas William has historically received practically no promo for the O, this is starting to become the case when it comes to The Arnold as well. I don’t know who is behind it, but it makes no sense why such a decorated champion is routinely getting the cold shoulder.

If William places Top 3 I’d be shocked. This is a guy who can easily win his 3rd Arnold, but I just sense that politics – for whatever reason – aren’t on his side. I have nothing to support the theory that a black cloud follows him wherever he goes, but I feel like a black cloud is over him and it makes zero sense. I hope that eventually the tide turns and that William is judged 100% on his physique and on his posing.

Because William is in this weird funk and because all attention is away from Samson and rests squarely with Nick, I believe The Mutant is going to come in off. While he says he’s super close with Shaun and I have no reason to believe otherwise, I don’t think the big man takes GK – or even Kamal for that matter – seriously. Aside from Big Ramy, no one is dwarfing Nick. He’s a mass monster with what I’d call a very ugly physique. I’m not trying to hate on him and this isn’t sour grapes because the guy blocked me. I know he’s ultra-sensitive, I know he blocks anyone he perceives as being negative (even if that negativity is really just journalistic objectivity), and I know that he’s known for burning a lot of bridges. I know and accept all of these things and I pledge to you that none of that has influenced the angle I’m writing from in this article. I’d never bring that emotional baggage with me for an article for Iron Magazine. We just don’t roll like that.

I simply believe that when you’re Top 3 in the Open Olympia and when you’ve had an amateur career as short as Nick’s, you’re in grave danger of developing a big head. I mean let’s be honest, here. Walker has never tasted real defeat. He’s never been ignored by the media like Shaun has or like William’s been as of the last 2-3 years. He’s won pretty much every show there’s to win and his ascent at the Olympia has been nothing short of amazing. Even on his most recent podcast with Guy Cisternino, Nick talked very matter-of-factly about winning the Arnold title again.

He did it once and he can do it again, but there seems to be no battle nor challenge in his voice. It’s almost like he’s resigned himself to winning his second Arnold, as if he’s taking one for the team by showing up, and depositing that $300k check at the ATM. He sounds more bored than anything else.

Also, he’s not going up against Brandon, Ramy, Derek, or Hadi. He probably expects some fight from Samson, but there’s no one there who he takes seriously. Just a couple days ago, a huge media frenzy was made over Patrick Moore doing the show. While Patrick has a great physique, he was 14th at the 2021 Olympia and last I heard he was dropping to a lighter division. Do you honestly think Nick is going to give 100% to a contest where he sees no one on his level? Again, let’s speak purely from reality. Why is he going to give 100% if he thinks he can with 70? After all, he’s only doing the show because of the money. His heart is in winning the Olympia. If he cared about the Arnold title, he would have announce way before Arnold increased the prize money by 33%. He may find out the hard way that that $300k will not be easy money.

The remaining six guys who held strong, who were committed to competing for the $200k, are truly hungry. Those guys truly wanted to do the Arnold and they didn’t skip a beat from the O. I think we’ll see a dramatic difference in how hard certain guys fight for the placings come the 2023 Arnold. There’s the guys who have been working tirelessly in the trenches from Day 1 and there’s the guys who just jumped in for the extra $100k six weeks out.

Even with two 212 Olympia titles and his big win at Reno, most of the open guys don’t take Shaun or Kamal seriously, and that’s going to really help them shoot up the placings. I think it’s all but guaranteed both 212 legends will be in the Top 6, but once in the mix they will edge out a lot of guys on condition and posing alone. I have a feeling Nick will find himself flanked by the 212’ers in such a way that his lack of cuts and symmetry will stick out like a sore thumb.

Also Arnold is a completely different animal and not to be a dick, but Arnold isn’t a fan of Nick’s look. Just look at what happened when he won the title. The Oak didn’t stick around to chit chat with him. He barely stayed long enough to hand him the trophy before he dipped out. This is because guys from The Golden Era are disgusted with where bodybuilding has gone. Arnold sings Chris Bumstead’s praises to the mountain tops!! What do you think he thinks of a guy that looks like The Mutant winning his title and walking away with $300,000?? He’s not only unhappy about it, but he’s probably disgusted.

If Shaun is shredded, with a tiny waist, packed full of muscle, perfect symmetry and posing as artistically as he’s known for, Arnold will be ecstatic . The same with Kamal. And although Arnold isn’t a judge – it is his show – and if either Shaun or Kamal win, Arnold will live it ip!!

Moreover, I think we’re going to see a lackluster Walker show up and get upstaged by Clarida and/or Kamal. Both of those guys could win it all. Bonac is another shoe-in, but given the way he’s been treated by the sport as of late, I think he could bring his absolute best and still get screwed. Samson also has a very solid shot based on his look and his posing, but he’s also not anywhere near as hard as Shaun or Kamal. Those two guys bring so much quality to the stage that the judges will quickly forget about the height and weight difference. If only Shaun had done the open Olympia in 2023, who knows where he would have placed. I think he totally could have broken into the Top 3. Don’t you?

Who do you think will win the second biggest show in bodybuilding and the $300,000 up for grabs? Do you think NIck’s ego will prevent him from giving his all and cost him a major loss? Anything less than first is a loss for a guy who placed 3rd at the O doing the following year’s Arnold. Only time will tell, but don’t be all that surprised if The Giant Killer slays The Mutant and company!! Don’t be surprised one bit!

Newer Post
13 Foods You Should Eat to Help Lower High Blood Pressure
Older Post
How Can You Treat a Concussion Other Than Resting at Home?