I Can’t Believe This Just Happened 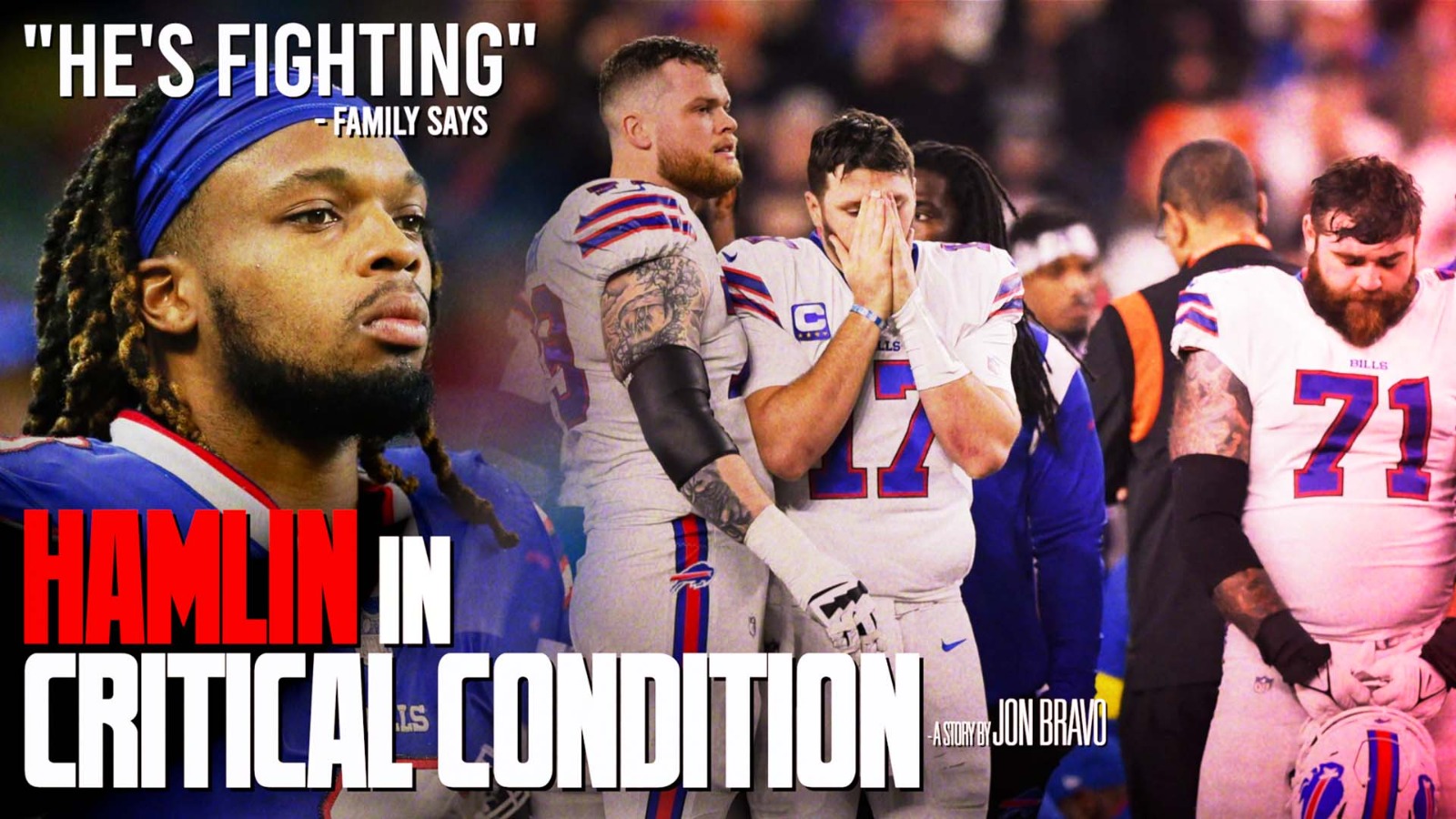 Buffalo defensive back Damar Hamlin was in critical condition early Tuesday after the Bills say his heart stopped following a tackle during the Monday Night Football game. Hamlin collapsed on the field during the first quarter of the nationally televised game against the Cincinnati Bengals and was given medical treatment for nearly 20 minutes before being taken to a hospital.

“Damar Hamlin suffered a cardiac arrest following a hit in our game versus the Bengals. His heartbeat was restored on the field and he was transferred to the UC Medical Center for further testing and treatment,” the Bills said in a statement. “He is currently sedated and listed in critical condition.”

The game against the Bills and the Bengals was postponed indefinitely and will not be played this week, according to a statement from the NFL.