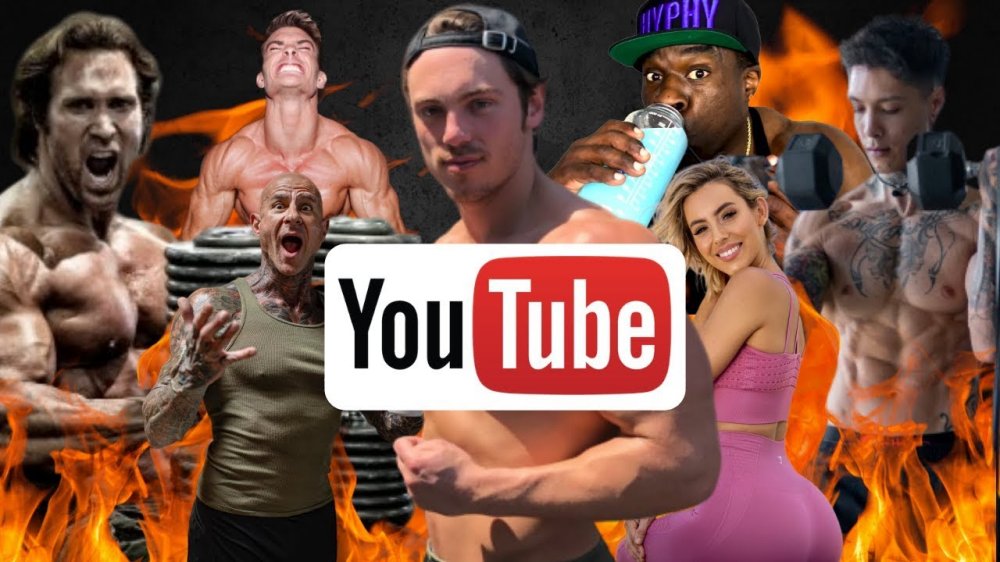 If you’re into the sport of bodybuilding, you are probably subscribed to quite a few YouTube bodybuilding channels. With the vast range of topics covered on each channel, is there really ONE that can be called the king?

Depending on your age (I’m clearly about to date myself), do you remember the days of bodybuilding magazines? No, I’m not talking about the online “magazines” that post articles that you view on your phone or laptop. I’m talking about the physical print issues that you stood at your mailbox every day, praying that the post office will deliver your mail so you can find out who placed where in a bodybuilding show the month prior.

Back then, information was slow — but it was the norm. While the magazines were slammed with interviews, workouts, nutrition tips, and an ungodly amount of supplement ads, once the internet and social media hit the scene, the writing was on the wall for print magazines as it’s all about the speed of information and how quickly you can get it out to people. That’s where a lot of these YouTube bodybuilding channels shine.

While written content online will never go away, more and more people are looking for podcasts and YouTube channels to engage with rather than reading the information.

These YouTube bodybuilding channels devote their time and effort to sharing the news going on in the industry and bring to light any juicy stories that will get the clicks and views. After all, the more clicks and views they get, the more ads that show up on their platform, which translates into more revenue through ads being shown.

Many of these YouTube bodybuilding channels have made their YouTube platform their main source of income. In fact, the size of these channels and the audience it brings help them get channel sponsors where they can make even more money by monetizing their platform.

With all that being said, let’s take a look at some of the best YouTube bodybuilding channels out there.

Ok, you got me. I can’t provide you with the KING (singular) in terms of who rules the YouTube platform, but I can say that there are quite a few really good YouTube bodybuilding channels out there that you should check out (if you’re not subscribed to them already).

When you think of bodybuilding news, it’s impossible not to have Nick’s Strength and Power in the conversation. Nick has been at this for quite a while and has racked up an immense YouTube following. When anyone posts something on social media bodybuilding-related, you can be certain that people are tagging Nick, and he will report it on his channel.

If you’re looking for one of the biggest YouTube bodybuilding channels out there that focuses strictly on the news in the sport, Nick’s channel is the one to subscribe to.

Generation Iron has transformed its content over the years and today produces more interviews than anything. They talk with IFBB Pro bodybuilders, doctors, influencers, top trainers, and celebrity chefs to produce some great content that talks about industry news, competitions, the state of the industry, things (both good and bad) that aren’t normally discussed openly about the world of bodybuilding, and much more.

If you are looking for a platform that delivers interviews with key people in the industry, go check out Generation Iron’s YouTube channel.

Dave Palumbo is no stranger to the bodybuilding industry and is incredibly knowledgeable on anything and everything nutrition and supplement-related. After working for Muscular Development, Dave branched off to create Rx Muscle. Being an old-school bodybuilder who still has his finger on the pulse, Dave has a lot of good insight into what’s going on in the industry. Dave releases a “Muscle in the Morning” video each day that highlights things going on in the world of bodybuilding and fitness.

If you want to stay up to date on the daily happenings of the industry, go over and subscribe to Rx Muscle.

One of the YouTube bodybuilding channels that have seemed to, all of a sudden, pop up and explode would be Nick Trigili’s channel. Nick started his YouTube channel about a year ago and is putting out some of the best bodybuilding news and updates. Being an IFBB Pro, Nick has some great insight when breaking down the news and providing his opinion and insight.

If you’re looking for a channel that discusses the news and dirt going on in the industry, check out Nick’s channel.

If you love Joe Rogan and are looking for a similar channel in the bodybuilding world, Fouad has you covered. It’s hard not to enjoy the content from Fouad Abiad. As an IFBB Pro, Fouad has a ton of knowledge about the industry and speaks his mind on whatever topic he covers — even if he knows it’s not the popular thing to say. He’s open, honest, opinionated, and brings on a bunch of guests to talk shop on everything bodybuilding-related.

If you’re looking for one of the most entertaining YouTube bodybuilding channels that doesn’t hold back, definitely go subscribe to Fouad Abiad Media.