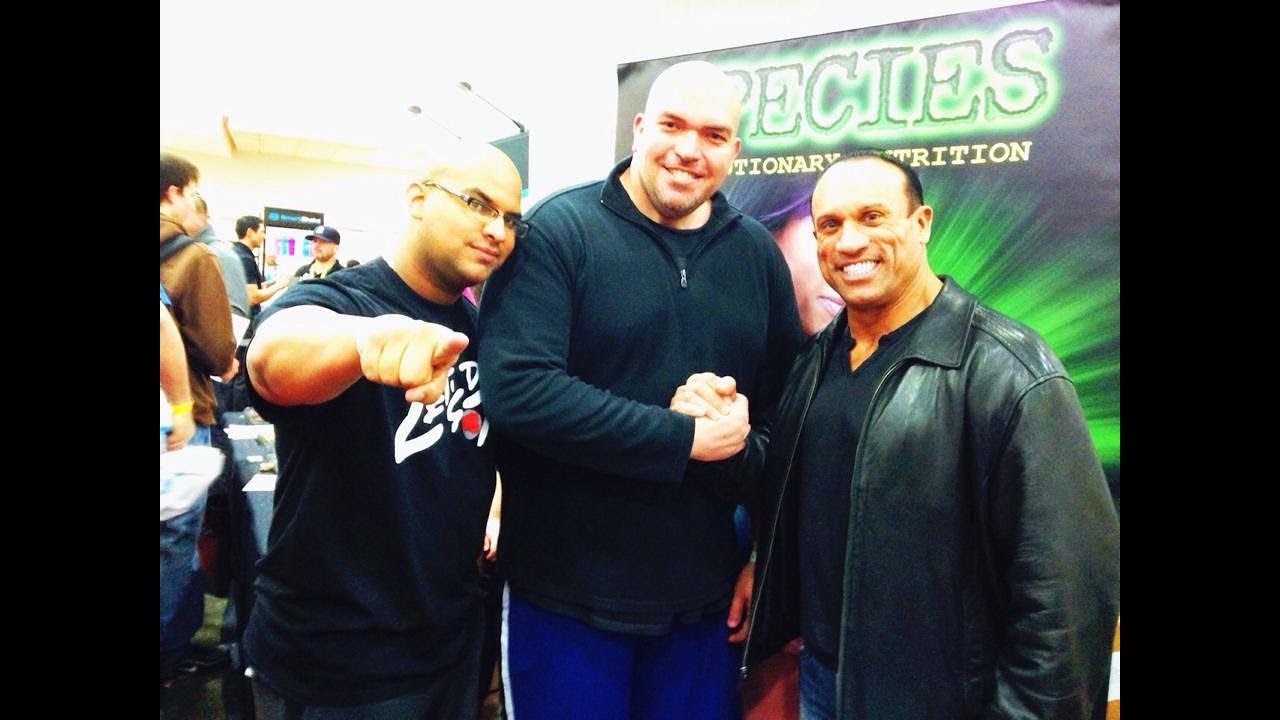 In a move that sent shockwaves throughout the fitness industry wellness superstar Yarishna went on the offensive against Johnny Styles calling into question his credentials as the Godfather of Wellness, stating he didn’t know what he was talking about, and had no pull with regards to judging or relevance in the bodybuilding community. The Puerto Rican superstar, who commands a following of 3 million strong, lambasted her former close friend as being “just a photographer” and dismissed his platform – the Wellness Observer Live – as not being credible. She was furious at Styles and her post made that point crystal clear. The comments that would ensue would further beat on Styles who as of press time clueless as to what he did to prompt the furious attack.

Johnny even made a response video of sorts. Unlike making a full-on production, releasing it over a number of clips as clickbait news sites tend to do to capture hits he buried his response in a recap video of the 2022 Legion Sports Fest. In that video Styles discussed the fact that he didn’t even nickname himself the Godfather of Wellness, rather, saying it was an unknown cab driver from Mexico. He also spoke about being mobbed at Mexican contests with fans, not him, calling him the title. He discussed possibly changing it with an upcoming poll between calling himself the Godfather or the Catalyst. What Johnny didn’t do was go on on the offensive. He tried to take the few points Yarishna made (e.g. Styles making her mom cry) and tried to respond to them. This article is based on Yarishna’s post, Johnny’s response, and what impact I think this unusual exchange made on the bodybuilding world.

Yarishna’s post is precisely the kind of publication that a top tier athlete never wants to have credited to their name. Imagine 3,000,000 people seeing that come through their feeds. It attacks a page that has about .5% the following hers does. That’s only half of one percent. Most people who see it don’t know who Johnny Styles is. So what are they going to do? They’re going to look him up, probably follow him and/or check out a bunch of his posts to familiarize themselves with him, and when they find no shots fired they’ll be left clueless. After they look at how much time they’ve wasted trying to piece together some kind of rational explanation even where there isn’t one they will more than likely have a lower perception of the fitness celeb they follow than before.

People follow stars like Yarishna or Michelle Lewin or DLB because they want to follow an empowered woman that’s taken on a man’s world and written her own ticket. They don’t want to read about petty squabbles with media personalities. They especially don’t want to hear about top fit celebrities whining about being critiqued by a commentator. That’s almost akin to a rich person complaining about not knowing how to spend all their millions. If you’re going to be on top you have to be able to put up with haters. And what’s worse is that Styles isn’t a hater. He’s been a longtime friend and ally of the star in question. He simply did his job in handicapping a contest and for that he got a bullseye painted on him.

While the post may have succeeded in putting Styles on the hot seat I don’t know that the star in question realized the amount of blowback that that post would generate. If she had gone after her former friend – alone that would’ve been one thing, but by calling him “just a photographer,” she earned the scorn of the press.

I don’t know about major league sports, mma, or boxing, but in bodybuilding the press gets no love. We work hard writing articles, making videos, and doing interviews and no one ever gives us props. Our photos get stolen all the time, our watermarks get cropped out. Being a reporter in the fitness industry is an exhausting and thankless job. So many people look down at journalists that it’s not even funny. And although many media sites might seem to have a boatload of sponsors, once it’s all said and done many are barely breaking even. The vast majority of pages lose money but are owned and operated by people that have 9-5 jobs and do the fitness work out of pure love of it.

This is where Johnny falls in. While making great money with the supp company he calls his 9-5 job, he does the Wellness Observer Live to promote a division he truly believes in. For a top Wellness champ to call him “just a photographer” sent shockwaves throughout the industry and what it did was mobilize the press to Styles’ defense. I can’t think of a single writer, YouTuber, or commentator that would read what Yarishna wrote and side with her. She basically threw shade at everyone who works in press pits, video shoots, and/or writing articles like the one you’re reading.To say her post was probably poorly thought out would be the understatement of the century.

It’s one thing to not be appreciated but it’s quite another to be insulted. I don’t think this post should have cast such a wide net as it did. I think it was a major blunder but once the post was published, editing it would have looked just as disingenuous as posting it to begin with. The only sensible thing would have been to remove it, but that’s not something Yarishna seemed interested in doing – then or now – as the post has stayed up for nearly a week.

Given all the negativity, Johnny could have totally gone on the defensive. As with any friendship that’s run that long I’m sure Johnny knows of things – even benign things – that could hurt Yarishna if made public. Maybe she’s not too fond of some folks or maybe she’s talked trash about someone or maybe she has secrets. Whatever ammo Styles might have he didn’t use it. His response wasn’t even a standalone video. He buried it in a video on contest coverage and moved on. He didn’t do all the shows and he hasn’t milked the story.

Simply put Johnny took the high ground and was the bigger person. He even suggested Yarishna pull the video down. He gave her an out, even when he could have responded with digs and knocks. Still, the fitness celeb has not pulled the post. At this point she’ll probably keep it up to save whatever face is left.

In terms of public opinion, even the person Yarishna tried to win over did not like the post, much less comment on it. This was perhaps the biggest loss of her post, but the vast majority of people I know have sided with Johnny. They read Yarishna’s post and they can’t believe someone who’s enjoyed so much success would lash out over being treated LIKE EVERYBODY ELSE. If anything it’s made her seem like a crybaby, meanwhile Styles has kept it classy and has pressed on with his various projects. I’m sure the post hurt him on a personal level but he’s kept that hurt to himself.