Will The Fans Ever Judge The Olympia? 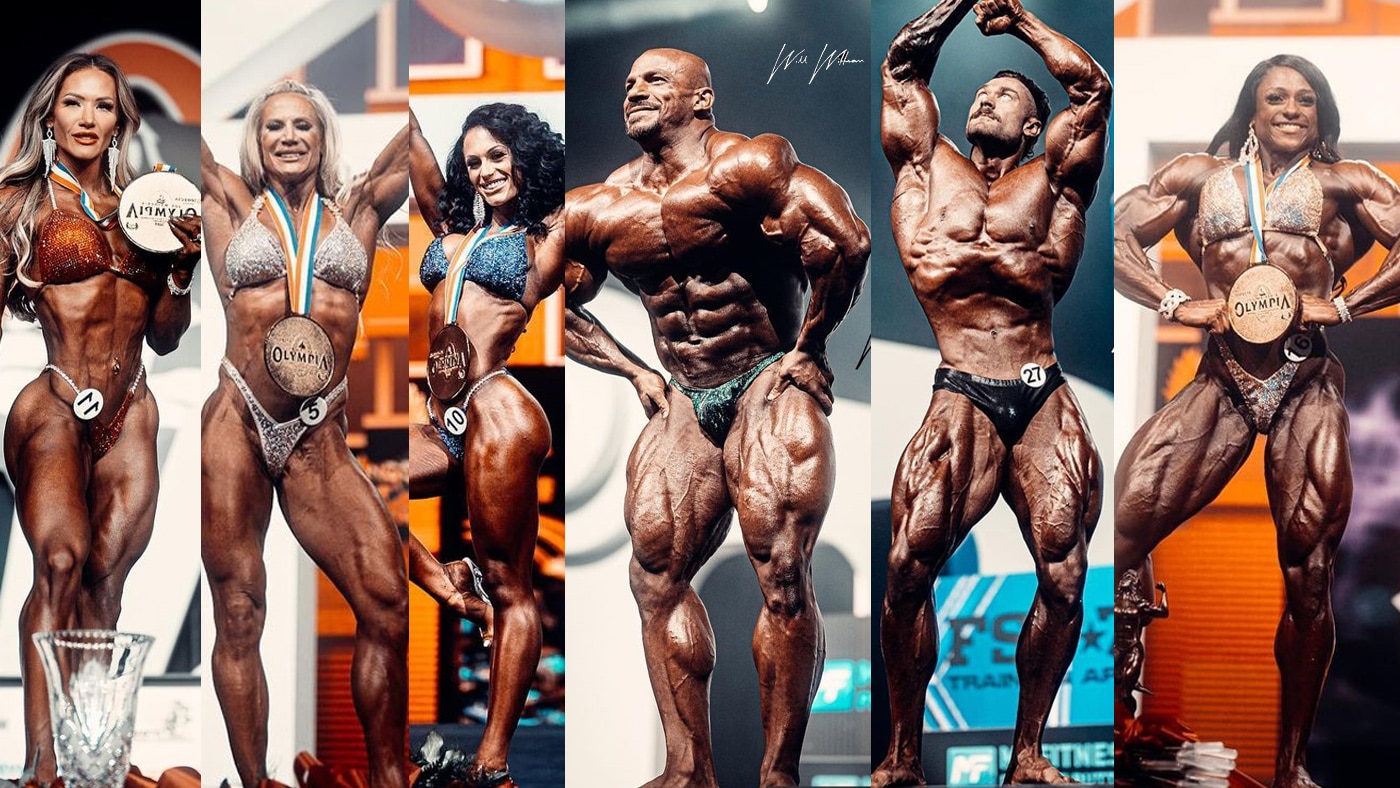 If anyone remembers the Challenge Round at the Mr. Olympia they will remember that it created shockwaves throughout the sport of bodybuilding. For the first time up until then the fans were more or less a captive audience watching as the judges made all of the calls that mattered at the competition.

Perhaps one of the biggest foes of the experiment was none other than the GOAT himself 8x Mr. O Ronnie Coleman. While he never directly specified what he didn’t like about the concept many believed that he was annoyed by the fact the fans picked The Freakin Rican Gustavo Badell over him. The former Ironman champion and two-time Olympia second runner up was seen by many as the heir apparent to the throne. Many bodybuilding insiders had him inching closer to the top spot even more so than perennial runner-up Jay Cutler. In reality Gustavo held that spot down two consecutive years between 2004 & 2005 creating what many perceived to be an ironclad Top 3. This is why when the fans picked Gustavo in 2005 that victory shook Coleman and his entire reign to its very foundations. Gustavo winning the Challenge Round stung more than Gunther beating Ronnie at the 2002 GNC Show Of Strength. And for the first time ever the fans made themselves heard and The Big Nasty was not considered the best. That being said the challenge round winner would only get a check for $10,000 – most definitely not the title of Mr. Olympia.

In the years since we have seen another concept like the Challenge Round come into play with a People‘s Champion award. Here the fans get to vote in real time for who they believe should be the winner of the competition. The only catch is that the person they pick doesn’t actually win the Olympia rather they win a $10,000 check and an award. It’s not a distinction that helps them points-wise towards that year’s Olympia nor does it qualify them for the following year‘s competition. It’s essentially a side contest to make the fans happy but doesn’t really count as much as even a single judge’s score for the main event.

Many fans believe that if the sport truly is as subjective as it is that they should also have a say in who wins. Put in democratic terms that seems like a very reasonable request. You take all the fans in the venue plus all the fans watching worldwide and you give them the scoring power of one single judge and that really shouldn’t upset the apple cart too much especially if they throw out one high and one low. Nonetheless neither the Challenge Round nor the Peoples Champion process goes anywhere near addressing the aforementioned concerns

To date champions like Gustavo Badell, Roelly Winklaar, and Hadi Choopan have all brought incredibly worthy physiques to win the top spot. The fans seem to believe that they deserved to walk away being the best of the best but in reality none of these champions took anything higher than third place the years they won the popular awards based on audience voting. It’s interesting that the fans have never successfully selected either a runner-up or an overall winner. The only exception would be that of Big Ramy, but the writing was on the wall for him. The fact he received a special invite despite the fact he didn’t qualify like everyone else, suggested that a path was being made for him to walk away with it all. I still think his special invite was a crock of shit but he did contract Covid and he did have a legitimate reason for getting the invite even if I don’t necessarily agree with the fact it was extended to him.

I have always believed that the Olympia was about customer service. Whether it was Robin Chang at the helm or Dan Solomon it has always been about doing right by the fans. Although I hate the saying there are many different ways to skin a cat, I think Robin and Dan have two completely different approaches to production and fan appreciation, but neither of them have given real thought into putting the fans in a voting capacity parallel to that of other judges. Voting for a side contest is hardly comparable to voting for who will win the Super Bowl of Bodybuilding. And like I said it would not be the deciding factor merely a contributing factor. The judging panel would still pretty much control the outcome but they would still have to take into account audience feedback. Right now the only audience feedback that could arguably be considered rests with shouting, whistling, applauding and booing. That doesn’t really speak very much in terms of audience participation as a factor in determining who wins the competition.

Critics of my position mIght argue that the fans are not “qualified” enough to score who wins a bodybuilding show. They haven’t test judged, most haven’t competed, and few are privy to the rules. That having been sad the fans are the ones who buy the tickets, buy the shirts, buy the supplements and attend the expos. They are the ones on the Facebook groups, the message boards, and the ones that still buy whatever magazines they can find at newsstands. Their opinion matters as much if not more than that of the judges. Even if they pick the “wrong” competitor that’s just a question of opinion. Opinions may vary but there is no right or wrong opinion in a subjective situation. It goes back to the whole apples and oranges argument. And like I said if you took all the fans and gave them the voice of just one judge it probably would not change the outcome but it certainly would make the process a lot more entertaining and engaging.

Then again critics would say that there is no such fan participation in sports like basketball, baseball, football or hockey. And they would be right but the only thing with those sports is they are not subjective sports. Whether you make a basket, score a goal, make a touchdown or hit a home run, these are all activities that result in points. There may be fouls or technicalities that prevent points from being issued but aside from that everything is based on objective criteria. There is definitely a clear line between acceptable and not, between a point and a fail. When you’re talking about a subjective sport, an opinion based sport, really anything goes. So to say that the fans are not qualified is really a rather bunk argument.

Furthermore allowing for greater fan participation in the actual scoring of the main event may in fact have a direct impact on the number of tickets sold and pay-per-view subscriptions purchased throughout the world. Perhaps each ticket or each pay-per-view receipt number would be the equivalent of one vote. There could also be live results showing which way the fans are going. And those results could be certified and released to the public even before the judges breakaway to determine who their pick to win is. If anything it could be a show within a show. Commentators could actually look at the numbers in real time much like election night news networks do during elections for president. In my opinion anything that creates hype and is able to keep hype high is something that the promoters should look into. And what does it cost? Practically nothing.

Moreover promoters could even do away with the $10,000 prize for the winner of the side contest and focus on the fans being able to have the voice of one judge. The math majors and computer geeks in our sport could come up with a system where each person who buys a ticket or a pay-per-view pass can vote not just on who they think should win or the order in which competitors should be placed but even down to which competitors win which poses. Again it may cost a few bucks to put the program together but think about the profits that could be generated. It would be very shortsighted to complain about the investment necessary to put together a streamlined and user-friendly voting system that in the long run could bring back massive returns on investment. In fact all of the voting could take place digitally on a cell phone. It could be as simple as creating a user-friendly app for the sole purpose of the fan selecting who should win the show and who wins each mandatory pose. You could even have commentators that appear strictly on said app maybe during any intermissions in the competition. It could literally be a show within a show and cost virtually nothing. It would also be a fantastic way to give the fans overseas far more inclusion in an event that they see as worlds away.

In the end I might just be dreaming out loud but I do think that the more say the fans have in who wins the Mr. Olympia can only benefit the event, benefit the sport, and enrich the promoters and everyone else involved. It would be great for the vendors as well as the fans. But again that’s just me, what do you think? Was the Challenge Round enough? Is the People’s champ award enough? Or should the fans have the voice of at least one judge when deciding who wins the biggest show in bodybuilding?