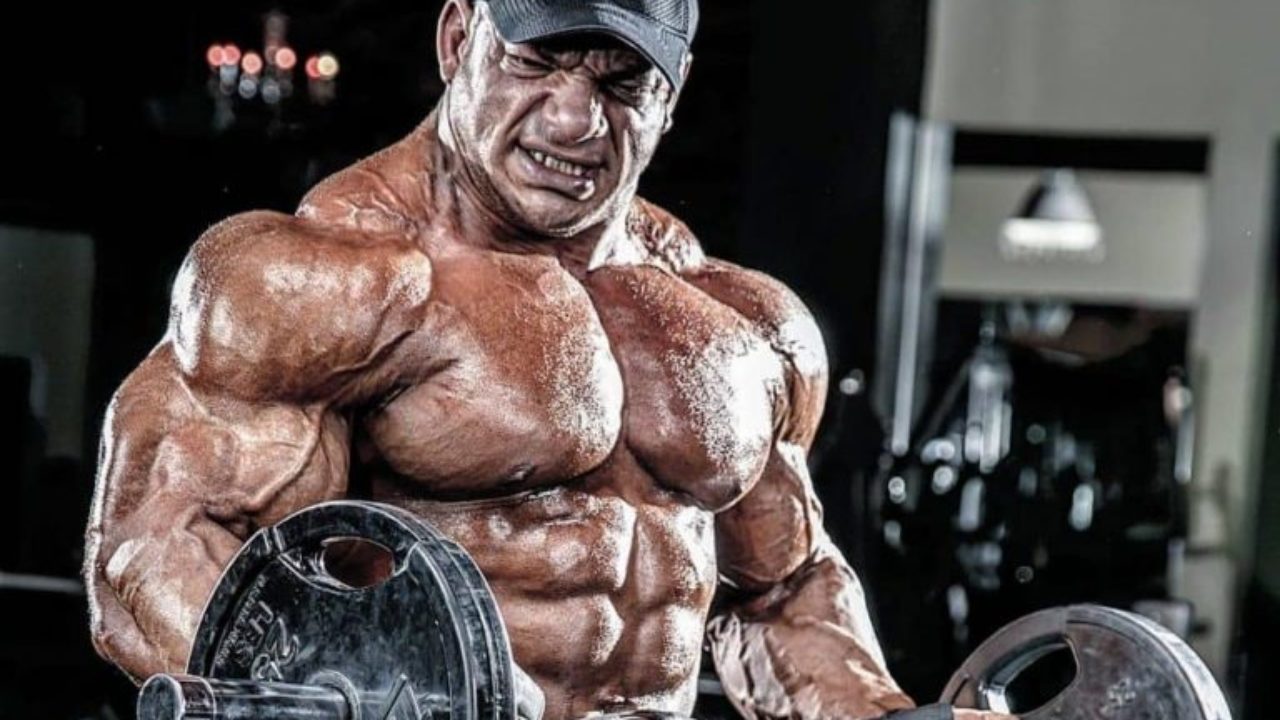 I love the fact that 2x Mr. Olympia Big Ramy has gotten way more active on social media. It’s taken over two years to happen but he’s finally posting like crazy. It’s awesome how active he’s been for just a few days shy of a week.

I think it’s fantastic his coach and BFF are getting content out of him training. He still hasn’t done any interviews, hasn’t done any IG Live chats with his fans, hasn’t really said anything but at least he’s training and posting photos that aren’t from years ago.

One photo he posted just a couple days ago has made the rounds all throughout the net. The shot in question shows one delt significantly larger than the other which is a very bizarre look for the reigning champion to be sporting. While I’m pretty sure those gains aren’t loyal (to cite Luimarco’s [who?] catchphrase from yesteryear), others say that it’s merely the result of gear injections. Some say it might be scar tissue. To them my only rebuttal would be that the difference in size between his two delts didn’t seem to be there before. Perhaps this is just temporary? But if not, how’s he going to take the stage looking like that? I have long had issues with Ramy and Hadi over possible SEO use. When Dave Palumbo of RXMuscle initially made the argument The Persian Wolf threatened to sue him for libel. Although the suit never took place the Iranian sensation would have spent any amount of money if it was feasible to silence bodybuilding outlets from any further speculation about his alleged use/abuse of SEO’s. Hadi has placed as high as 3rd at the biggest contest in the sport. He has also received the coveted People’s Champion award. That said Choopan isn’t Mr. Olympia – Ramy is. And thus he will get scrutinized even more!!

What’s the champ’s obsession with being 300+ pounds? Why does he have to keep striving to get bigger and bigger when he already pretty much dwarfs everyone else? Is this a bodybuilding show or a race to break as many scales as possible? Every time I see a story or post about The Egyptian Phenom it seems to be all about how much size he’s put on. The fact is his legs have always looked gassed up to me. The striations just aren’t there. He’s also unable to flex like the great leg monsters of the past. You look at how guys from Tom Platz to Kai Greene flexed their wheels and then you look at Ramy and it’s night and day. He has humongous wheels but so what? There have also been years when I’ve spotted some pretty gnarly injection spots, but maybe it’s just the lights. Maybe I’m seeing things that just aren’t there and maybe I also have a full head of hair? 🤔🥳

To those who argue that Ramy’s silly-looking shoulder is scar tissue – I salute you. To those who say it could be nothing more than gear injections I’ll admit this point could actually be the case but-for the fact that my instincts tell me otherwise.

The fact is unless the champ submitted to an ultrasound we won’t know definitively what’s in there. Is it SEO, PMMA, scar tissue or just a gear injection gone wrong? It’s all speculation until we know for sure. What cannot be denied is that the champ looks like a clown.

While I love that Ramy is posting photos and videos he should exercise better judgment before publishing. If he’s walking around looking this disproportionate and he’s the top guy in the sport, he can’t act surprised when outlets opt to be critical of him. After all, he’s the champ.

So the champ gets held to a higher standard? That’s not fair! Cry me a river though – when you’re the best, being scrutinized comes with the dinner. This is why as the champ you don’t just post any random photo and if someone (besides Ramy) actually reviewed this content (e.g. the shoulder shot) and approved it for posting that’s a marketing guy that should maybe consider a career change. Maybe look into being a refuse collector or a Salvation Army bell-ringer. Only a complete imbecile would green-light posting a photo like that. Sorry but not sorry.

I know I sound just a tad bit bitter but I had to see my favorite bodybuilder Brandon Curry lose his title to a guy that didn’t even qualify to be on the Olympia stage in 2020. When Brandon came back with dramatic improvements, added size, and crisp.