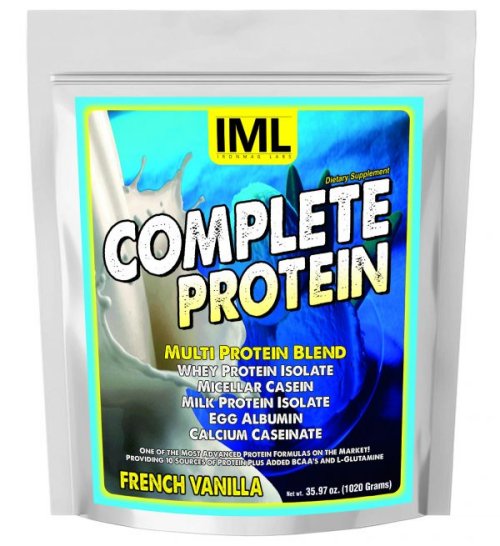 It’s true; I’m not going to lie, most vanilla flavor protein powders taste like crap. There’s very little money in protein. It’s very expensive to make, it ships in 2lb or 5lb tubs, which take up a lot of inventory space and expiration dates are very much the hourglasses that keep investors and corporate officers at edge.

Unlike other products that can be used for years, animal-based proteins have to be sold a lot faster. Then, of course, there’s shipping. Like I said, most companies take a hit when it comes to protein, however, it’s such a bedrock supplement that any company that doesn’t have a protein to sell, risks not being taken seriously.

Perception can make or break you in this business. As a result, most companies aren’t going to shortchange their odds of making it, simply to avoid taking a hit on a certain staple supplement. Very few companies only have one flavor of protein. Not only does that limit selection, but it looks weird. What would you think of a company with just one flavor of whey? Would you think they’re so broke they could only afford one? Would you think they were so scared of not selling that they started that small? Would you think they didn’t know what they were doing? I mean, whatever you thought, my guess is, it wouldn’t be good. Therefore, many companies have opted for the bare minimum. Most will have chocolate or vanilla.

What’s crazy, though, is that many companies that do this, essentially have protein as a write off. They don’t do flavor profiles, they don’t research; they basically have two chalky tasty proteins that sell – or don’t sell. At least they offer protein, but not much more than that.

Most old school bodybuilders and powerlifters will tell you that you eat for function. The purpose of eating is to build muscle, recover, and improve performance. Very few of the old cats will ever tell you that they chose products based on things like mixability, much less flavor, but nowadays, there’s no reason to stomach nasty tasting products in order to achieve gains.

As sports supplements science continues to improve, you can have your cake and eat it, too! There have also been new additions to the protein roster. Whereas it used to only be Milk & Egg or just egg alone, there’s a wide variety of animal and plant based products. For the most part, however, most companies focus on whey. With whey, you can have concentrate, isolate, and hydrolysate. The purer the protein, the harder it is to flavor, and this is why so many companies focus on concentrates. These allow for more fillers, which in turn allow for more calories, and should give a better flavor profile. This, of course, still requires a substantial amount of trial and error. To reiterate further, for the companies that merely want to have protein, just for appearances’ sake, they won’t go that extra mile. They’ll have the standard two flavors and be done with it.

When it comes to chocolate, just about any concoction will suffice. That’s not to say that it’ll taste like fudge brownies, chocolate milk, or M&M’s, but it’ll be good enough to drink. When you’re dealing with concentrate, which could have more fat and sugar, an That coupled with the very strong flavor profile of chocolate, translates to a good chance that even mediocre flavoring will be enough to get you by.

Vanilla, on the other hand, is a far milder flavoring. If anything, it’s a subtle flavor, which is very much hit or miss. The appeal to vanilla is that it’s supposed to be versatile. You could add in fruits, nut butters, or a wide range of other extras; however, if the vanilla tastes chemically, that can throw off the whole shake, no matter what delicious extras you add.

Whereas chocolate is so strong it can serve to mask the aftertastes of sugar alternatives and the natural bitterness of proteins, vanilla can’t pull off similar feats unless it’s top tier quality. As a result, many companies who simply don’t care enough to do product research, end up having to practically give away their vanilla protein products. They either will do BOGO’s, clearance sales, or simply never restock the flavor. Many supplement companies will also only raffle off Vanilla protein – wonder why?

Over the years, I’ve tried some delicious vanilla proteins. IronMag Labs Complete Protein comes to mind. The French vanilla is outa sight, with no aftertaste, and leaves the lifter wanting more. BNRG’s Proto Whey French Vanilla tasted like drinking cookies. It was epic. Body Fortress Whey Isolate French Vanilla is also exceptionally good. Muscle Milk’s vanilla protein could also fit into this box, but they have the luxury of using a lot more fats than the typical protein product. There might be another ten or fifteen good vanilla protein products; however, I could literally list a few dozen disgusting ones.

I actually challenged myself, just now, and scribbled a few gross tasting vanilla proteins that I could think of. Oddly enough, it was a lot more than just a few products. When it was all said and done, my shortlist of nasty vanilla protein supplements totaled 37. Can you imagine?!?! I figured I’d scribble down just a few products that came to mind and I wound up listing THIRTY SEVEN in just a few minutes. That’s pretty horrible. It’s also why so many people will avoid this flavor, even if they’re getting it as part of a BOGO.

Far too many companies have dropped the ball on the flavor. Very few people shop for vanilla and very few customers will pick vanilla as the first flavor of a new product to try, when doing business with a new brand.

I can strongly suggest some of the vanilla proteins I’ve tried (see above) and I can tell you that when you find the right one, you’ll have endless recipes. Protein shakes should be about convenience, variety, and enjoyment. Yes, that’s right! You should definitely enjoy them. If you’re on prep or on a cut, for example, you can have a delicious shake with just a scoop of whey, some 30 calorie almond milk, and a serving of mangos, strawberries, blueberries or bananas. If you can have the carbs, you can use all the aforementioned fruits, throw in some ice cubes, and you’re off to the races. Imagine having a super sweet, thick, satisfying and ice cold shake? That would most definitely hit the spot, right after a grueling workout. That being said, if you’re working with a low grade, poorly flavored protein as a foundation, it’ll counteract everything. It’ll be sabotage in a scoop.

I’m not going to end this article by preaching optimism. Most vanilla proteins taste like shit. And while I don’t see that changing, there are some real gems out there that might give you a whole different take on the flavor. I suggest looking into products I mentioned, plus doing your homework!!

Look at product reviews, compare reviews on a product on several different sites (just to be sure you have the most factual info available), and then buy. Don’t waste your hard-earned money. Use the net, social media, and ask your friends on message boards, Instagram, and even at the gym. Always remember the Latin phrase Caveat Emptor (Buyer Beware). Be extra careful before buying, especially vanilla flavored proteins!