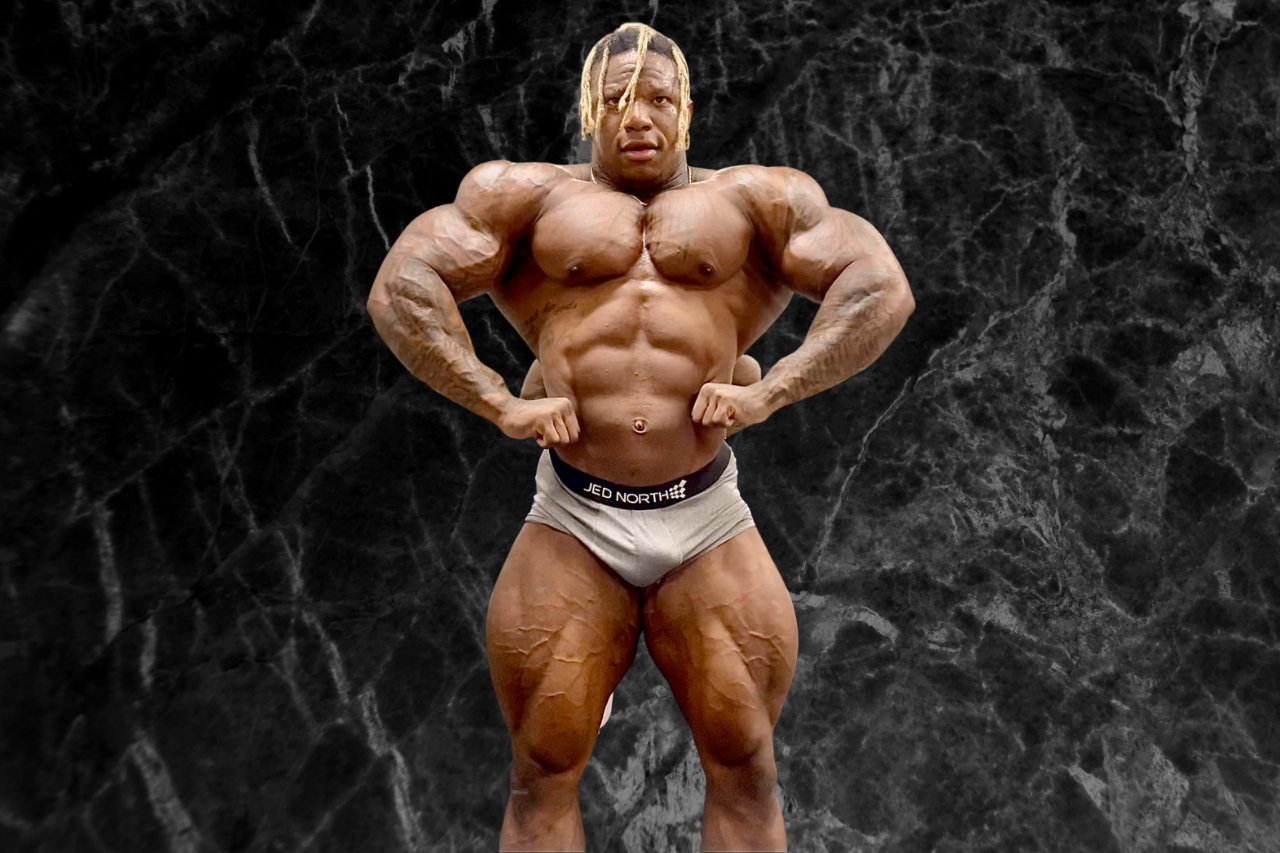 Tonio “The Predator” Burton won the 2022 Legion Sports Fest in top form. The former 212 champion turned open bodybuilder has been quickly moving up the ranks earning accolades wherever he goes. In just a year’s time he’s managed to pack on 15-20 pounds of solid muscle mass without putting on fat or losing his classic symmetry. One thing he’ll take with him from The 212 is that in that division coming dialed in is a must. Whereas a lot of open guys will sacrifice condition for size that’s simply not an option for Burton. The fact is the sport of bodybuilding has lost its way in many regards. This is why guys from the Golden Era are largely tuned out from the comings and goings of the sport. They see guys with distended stomachs, out of breath midway through the mandatories, and not even hitting the poses correctly as an absolute travesty. It’s really a freak show of tremendous proportions.

Ultimately some guys think that as long as they’re huge and can get a reaction out of the crowd that that’s all that’s needed. Tonio may be out of The 212 but he can’t get The 212 out of him. We see this in how sharp he looked at Reno. While this was very much Justin’s show to lose he just didn’t anticipate the insane competitiveness of The Predator. And what’s very eye opening is that Rodriguez already had a way into the 2022 Mr. Olympia through points. He took a regrettable gamble at the Legion contest because he got annihilated by Burton. Absolutely no one had him winning and although he gets a few more points as runner-up all eyes were on The Predator!!

Big Ramy is rockin the death face at seven weeks out which is remarkable. This is a guy who was out of shape last year, with no noticeable gains, and holding water. He’s probably embarrassed from his performance last year and wants to come back at 100%. This may be the best Ramy we’ve ever seen. Other top guys like Nick Walker, Hadi Choopan, and former Mr. Olympia Brandon Curry will definitely be in the mix. Derek Lunsford, the reigning 212 Mr. Olympia, will also be competing in the open after getting a Special Handout. Although Lunsford didn’t win an open show like Clarida or Burton, he will still get to take the stage in Las Vegas and may wind up the winner. What’s interesting is that Tonio isn’t going to the Zappos Theater with just participation on his mind. While he’s humble and soft-spoken, that should not be misinterpreted as lack of heart. In fact it’s quite the contrary. The 212 culture is heavy on competitiveness and continuous self-improvement; however, those guys never take dirty shots. They don’t use social media as a forum to insult other competitors, throw shade, or engage in petty squabbles over who looks better or will do better at the Olympia or any contest. They understand that bodybuilding isn’t about you hating or trying to best the next man – it’s about you being the best you possible. Further, the only people who decide who places where are the judges. I firmly believe that although Burton is now an open bodybuilder that he will continue to carry himself like the guys in The 212.

Acting like a professional will grow the sport. Carrying yourself like a role model is going to grow the sport. The fact is bodybuilding has an abundance of freaks but a scarcity of heroes. There are very few champions who youngsters can look upto. I believe Tonio Burton is going to inspire a lot of lifters that anything is possible. He’s shown it by switching divisions and doing it on his own terms. That in and of itself is quite noteworthy because had Tonio tried to play the size game he’d look like any number of other guys. By sticking to his guns and growing the right way into the bigger division he’s showing people they can do the same in many different situations.

Bodybuilding is art. It’s definitely a sport, a hobby, and a discipline too. The reason that bodybuilding is so popular is because it shows us what the body is capable of. When you see a bodybuilder on stage you don’t see all the work that got them there. You don’t see all the hours in the gym, posing in the mirror, or eating bland meals. And they are bland! When you can’t have real sugar or real fat or real junk food you have to settle for what fits your macros. Most people can never hack this. I mean they could if they really wanted to, but they just don’t want to. That said, if someone identifies with a bodybuilder and follows their journey that might make them get off the couch, join a gym, or work hard towards a promotion. It might push them to leave a toxic relationship or trust themselves to open a business. When a fan identifies with a bodybuilder it’s very much like when a person finds a song they really like. They listen to it while they work, train, or brainstorm. That’s why bodybuilding is so much more than what meets the eye.

Seeing Tonio on stage battling with Justin Rodriguez was electric. Not only did he look totally different, he was so much better. It was painful to see the 2021 Indy Pro champ at a noticeable disadvantage. I’m sure as soon as he saw Tonio he probably regretted his decision to compete. After all this was the same stage where 212 Mr. Olympia Shaun Clarida slayed guys 100lbs heavier than him like Sergio Oliva Jr. Perhaps Justin figured this would be an easy win and would give him the ego rush of going to the O with a win. Imagine that. Here’s a guy who’s qualified through points but wants to earn his spot to the O with a win. On the flipside you have Lunsford who got a handout. It just goes to show you the different personalities in the sport. You have hard workers and line jumpers all heading to Las Vegas, NV, come December to battle for the top title in the world.

Tonio Burton will be there – will you?

Huge congrats to The Predator on his big win. I have no doubt he’ll bring it to the Olympia and beyyond. What a well-deserved win for a hardworking bodybuilder and role model!