The Spirit of Jerry Ward 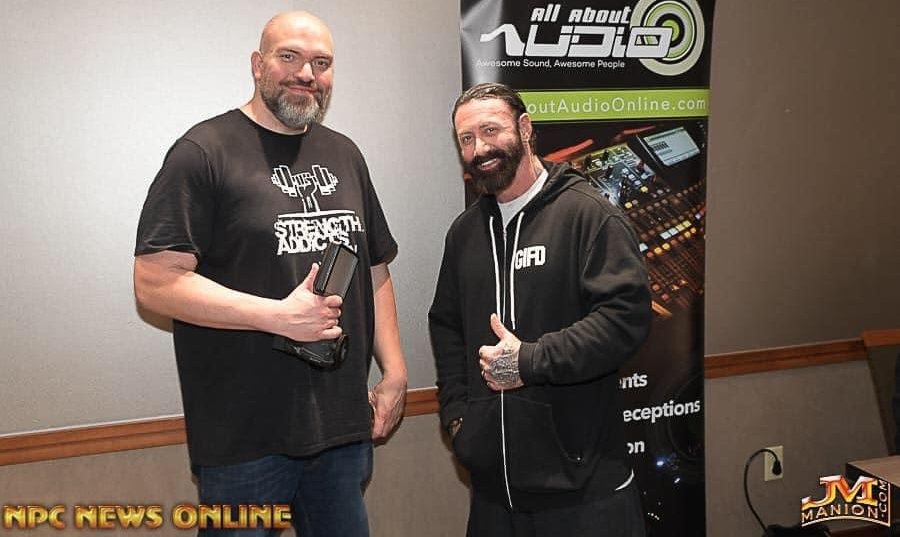 We lost a great friend yesterday. We lost a man who was principled, who never burned anyone, and who was liked by all. We didn’t always agree on things but it was what came from our discussions that I will miss. Jerry was down to Earth and made his points without ever making it personal. He was a man of his convictions and he perpetually sought knowledge. Sometimes his opinions – no matter how politely made – could ostracize him for large segments of the population but he stood for what he believed in. He didn’t sit on the fence like so many others do. While his goal was to reach as many people as possible, he wasn’t about being fake to do it. He also didn’t flip flop so as to make whoever he was talking to identify with him.

Jerry was surrounded by people in an industry willing to do just about anything to be relevant but he was always true to his craft and true to his principles. This is why so many people gravitated towards him. You could always get a straight answer from Jerry and unlike so many others on his level in the social media game, he didn’t get the knowledge and keep it to himself. He didn’t only share with those who hired him for his coaching services or contest prep. If you really wanted to know something and you asked him – he’d tell you. To this day I have never met a single one of his clients who wasn’t thrilled with his work. I didn’t say happy or satisfied – I said thrilled! He knew what he was doing but he always wanted to know how his clients were feeling and what input they had. Unlike so many other coaches who deem questions as insubordination he viewed them as being part of what made for a great prep. His attention to customer service was unparalleled.

Jerry was a fighter. He kicked an addiction that’s ruined countless lives. Recovery is so much bigger than mere willpower. It’s about a daily battle in a war that’s never over. He was a success story among countless cases that fall victim to lifelong addiction. He often credited the love and support of his family, the Masonic values, and his commitment to self improvement. Jerry was a truly enlightened person so much so that I’m reluctant to speak too much about him in the context of the fitness industry. Bodybuilding was just one part of this great man. He was also a skilled musician. He played a wicked bass and loved hard rock and metal. He was an actor as well. He’d worked on several projects with his friend, promoter and actor Rich Siegelman. Jerry also had an ironclad bond with The Maryland Muscle Machine Kevin Levrone. Kevin was also heavily involved in acting, music, and bodybuilding. The fact is Jerry was involved in a variety of worlds and everywhere he went he made friends.

Another huge passion in Jerry’s life was sneakers. He was a legit sneakerhead and connoisseur. He could pick out a knockoff a mile away and had a deep appreciation for the shoes in his collection. He loved going to conventions and he had an impressive knowledge of footwear. He knew the history behind them and he definitely knew their monetary value. These shoes also have emotional value as well. To him they were no different than baseball cards or comic books. He treated the shoes with great care, kept them boxed, and those he wore were always immaculate. His sneaker collection was a matter of record. Everyone knew he was one of the most committed collectors in the fitness industry.

Another area of huge pride for Jerry was his being part of Masonry. He never pushed the beliefs on anyone but he always spoke of the bonds he made and of being part of something with so much history. For those of you who may not know much about American history it should be noted that many of the Framers and forefathers were masons. Jerry believed in everything they stood for – from their lessons on how to live the best possible life to helping in the community and keeping rituals and traditions sacred. He took his faith very seriously and he used it to make him a better person in all respects. As a result many people asked him questions about freemasonry and I believe he may have inspired countless people to look into it. Whether they joined or not it was because of Jerry that they took an interest in learning about it. That’s the kind of impression Jerry made on people.

Whether he was talking about sneakers, music, films, freemasonry, Titan Medical therapies or being successful in the fitness industry he’d come alive. People couldn’t help but fixate on that. It was like a breath of fresh air in an industry overrun by fakers. In more recent times, Jerry became heavily involved in contest judging and commentating. As with everything he did, he gave 100%, and he loved it to the core.

I’m so proud to have known him and so proud that he trusted in me as a journalist. We had done several interviews which you can see were edited. I make mention of that because there were times I’d suggest taking something out that might jam him up and he would really appreciate me looking out. That’s because I valued his friendship and because I’m serious about my work. If I was after getting hits no matter at what cost I’d never look out for my guests.

We both wanted maximum reach and we both loved being successful but we both had things we simply wouldn’t do. Neither one of us would compromise our principles for hits. This is why I identified so much with Jerry. He was a social media influencer before that was even a thing. He was part of that first huge wave of Youtube and he got mobbed wherever he went, but HE NEVER SOLD OUT! Not once! And that’s something corroborated by his peers. Back in the day it was Jerry, Marc Lobliner, The HodgeTwins, Furious Pete and a very small group of social media alumni that rose to prominence and never lost their appeal. That’s because they weren’t part of a fad or the flavor of the week. They had made a very real connection with their viewers and that connection has only strengthened over the years.

Jerry Ward should be the ideal that all aspiring social media influencers aspire to. Jerry Ward was the real deal. He was a man’s man. And he will be missed by all who knew him. I send my condolences to his amazing wife Erin and to all his family and friends. RIP Brother.

Newer Post
If You Hate What You Do… Stop Doing it
Older Post
Mike O’ Hearn FINALLY Comes Clean about Being Natural or Does He?