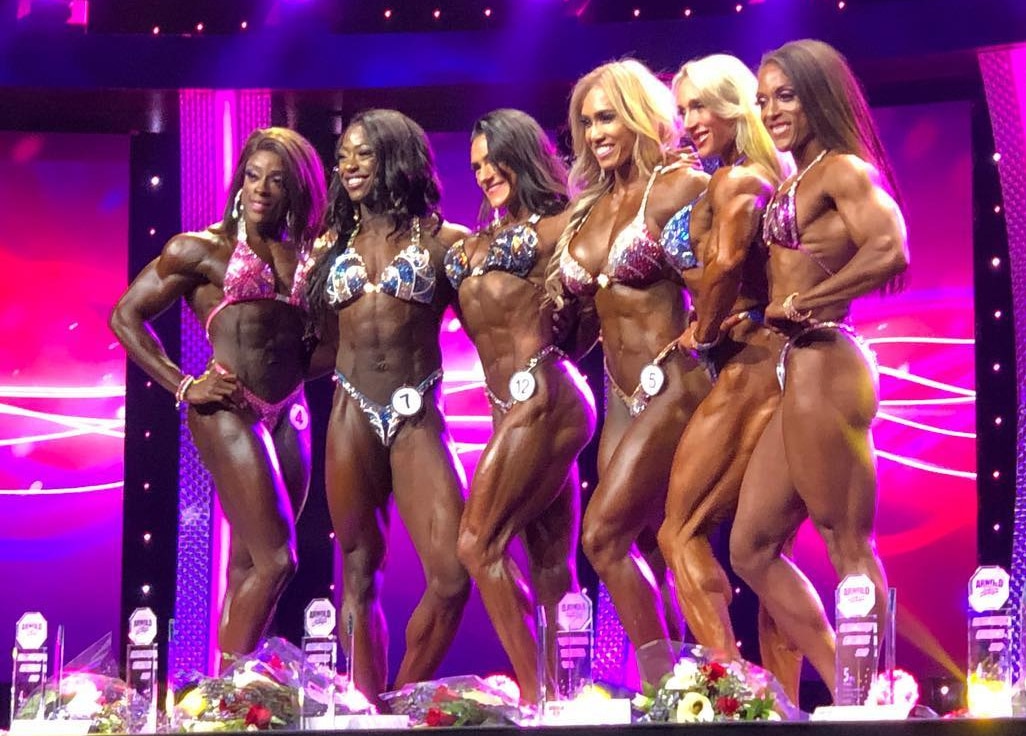 Nothing upsets me more than to see both Women’s Bodybuilding and Women’s Physique both excluded from the Arnold Classic. The consensus back in the day was that the women were “going too far,” whatever the hell that means. All of the talking heads were saying that WPD was going to get it right. That it was the more marketable approach to female muscle. Many of the purists in the sport knew better. We knew that guys like Bob Cicherillo wouldn’t stop poking fun at muscular women. And there was no shortage of measures that were taken to try to put limits on what women could do. It really ran the gamut from the 20% Rule to the near extinction of the WBB. When WPD first came out it was the talk of the town. Dana Linn Bailey catapulted it to the headlines. While the buzz brought about new adherents to the muscle world nothing was more depressing than seeing former female bodybuilders actively reduce size. It’s one thing to shed fat but it’s quite another to lose muscle. Some ladies saw success but that vast majority saw nothing but heartbreak.

They had worked their entire careers trying to achieve a particular kind of look and then out of nowhere the division they lived and breathed for was seemingly on its way out. While countless ladies raced to look like DLB showing little to no solidarity with the more muscular women left in the dust, they too would slowly but surely experience the same cold shoulder all in due time. The moment DLB took 2nd to Julianna and it seemed her competitive days were behind her, it hit the division like a ton of bricks. It was almost as if all the ladies who trekked to WPD suddenly had the wind taken from their sails. It was then that Arnold – yes the ole Arnold Classic – pretty much killed WPD. But how?

For those who may not recall, the ASC did something very dirty. Instead of comping all the WPD competitors who got invites – because The Arnold is an invitational – they suddenly attached some strings. Only the ladies who made Top 10 would get reimbursed for their airfare, hotel, and per diems. This move created shockwaves in the fitness industry because something this tacky and this basic had never been done before. The move was enough to keep the Top 3 in the division away. Of course they’d make Top 10 but they were highly insulted that they’d be treated this way. And while many of the Division’s greatest would have been infuriated to hear it, the division was largely marketed around one woman. That’s the way it was marketed at least. It didn’t matter that ladies like Julianna and Tycie looked flawless and/or that their posing was incredibly entertaining and artistic. It didn’t matter that there were some rising stars that were building amazing packages within the parameters of the division either. All that mattered was that the star was gone and the ASC people wanted to cut corners.

It should also be noted that Arnold and “the ASC people” are one in the same. While The Oak may not be doing the grunt work and overseeing the physical labor, event planning, working with CBUS and/or keeping the unions happy – you can bet your life savings that he approves and rejects anything with a major price tag on it. Sure we can sit here and romanticize the fact that the most iconic bodybuilder of all time loves the sport and loves to see athletic people live out their dreams on his stages but let’s get real. That’s sweet but it’s also not in line with reality. I think Arnold is above all else a shrewd businessman. I think he’s cold when he feels it’s justified and I think he sees the event as a cash cow. 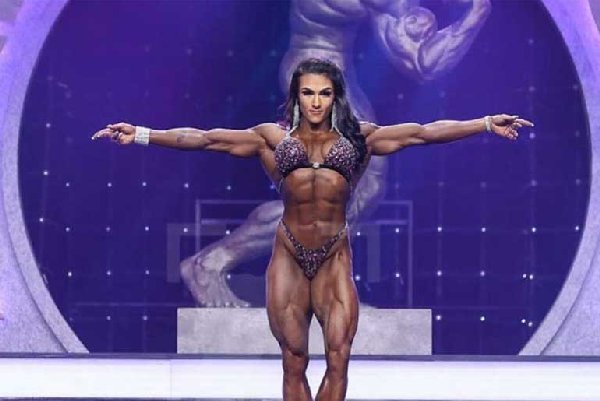 Whether decisions to cut entire divisions as has been the case with 212 Bodybuilding, Women’s Bodybuilding, or now Women’s Physique can be backed by any hard facts or not, I think Arnold is more than willing to err on the side of profits than anything else. But won’t this cause an uproar among the athletes? If 3 divisions are excluded surely the others will revolt! There’ll be boycotts! People will say ‘if they can’t compete – we won’t!’ Lol. Again that all sounds very sweet and very idealistic but this isn’t the 1960’s in San Francisco. This is the fitness industry and it’s dog eat dog!!

You know why the other divisions won’t freak out? Do you know why they won’t demand the inclusion of 212, FBB, or WPD? Because the way these exclusions get marketed is as follows. The less people who compete the more money that’s available for those who do. It’s the classic combination of greed and divide and conquer. And there’s an element of truth to this though I hardly think that the ends justify the means. For example, Classic Physique is earning more at the Arnold than the Olympia. This is good for that division in that it might force the Superbowl of Bodybuilding to up its purse a bit. But does that justify the exclusion of 212? In reality the difference in pay for Classic between the Arnold and Olympia is really just a drop in the bucket. Nonetheless it’s all in the marketing approach and the athletes eat it up.

Even when Arnold said “screw your freedom” you had all these loudmouths saying they’d never step foot at Arnold again. They said they’d never support anything he did so long as they lived. They said this was the end of The Oak. And within a few days they were secretly watching Terminator, booking their rooms in Columbus, and making sure their tickets were bought for the best seats at the 2nd most important bodybuilding show in the world. If it sounds like I’m judging – I am to a certain extent – but the bigger picture here is the fact that the ASC’s exclusion of WPD may or may not have a direct impact on the division’s staying power at the Olympia.

Let’s not forget that when the ASC did away with WBB – the clock started ticking on its time at the O. And ever since the ASC removed 212, the division has never truly recovered. In many ways – as much as it angers my good friends in the lighter division – James “Flex” Lewis was in many ways to the 212 what DLB was to WPD. To a lesser but still notable extent iris Kyle played a key role in keeping whatever thunder was left in WBB. I think the combination of the ASC move on WBB and Kyle’s retirement did that division in. Were it not for Jake Wood and his Wings Of Strength Bob Cicherillo would still be making jokes at muscular womens’ expense and the division would probably be history.

Fortunately Wood and WOS will more than likely always have give WPD a home at the Olympia but what about other pro contests. Many of these promoters noticed the first year the division was excluded from the ASC and surely noticed that it’s being excluded for another year – consecutively. This might give them second thoughts about offering it. They too might use the rationale of less people competing for more money for the athletes. The real motivation is more money for the promoters! And again I’m not opposed to anyone making money but this is bodybuilding. Promoters shouldn’t just be able to cut divisions off at will. I’d hope the Federation would exert some muscle and tell Arnold flat out that if he wants its sanction all divisions should be allowed to compete. And I think that would work for most promoters, just not Arnold.

Arnold isn’t particularly loyal to any Federation. In fact, he puts his contests in both. If one pushed him, he’d probably punish them by going all out with the other. He’s one of the very few guys who can really do whatever he wants. That’s good for him and bad for the sport.

Unfortunately, I don’t ever see The 212, Women’s Bodybuilding, or Women’s Physique ever returning to the ASC. I just hope this exclusion doesn’t lead to more heartbreaks at other contests. I love WPD and I think it’s a great look that’s perfect for a lot of women who want to be more jacked than Figure competitors but not as freaky as Female Bodybuilders.

What’s your take on Arnold’s decision to continue excluding Women’s Physique? I look forward to reading your feedback in the comments. As always, thanks for reading Iron Magazine. Please be sure to post a link to this article on all your social media feeds and let’s talk bodybuilding!