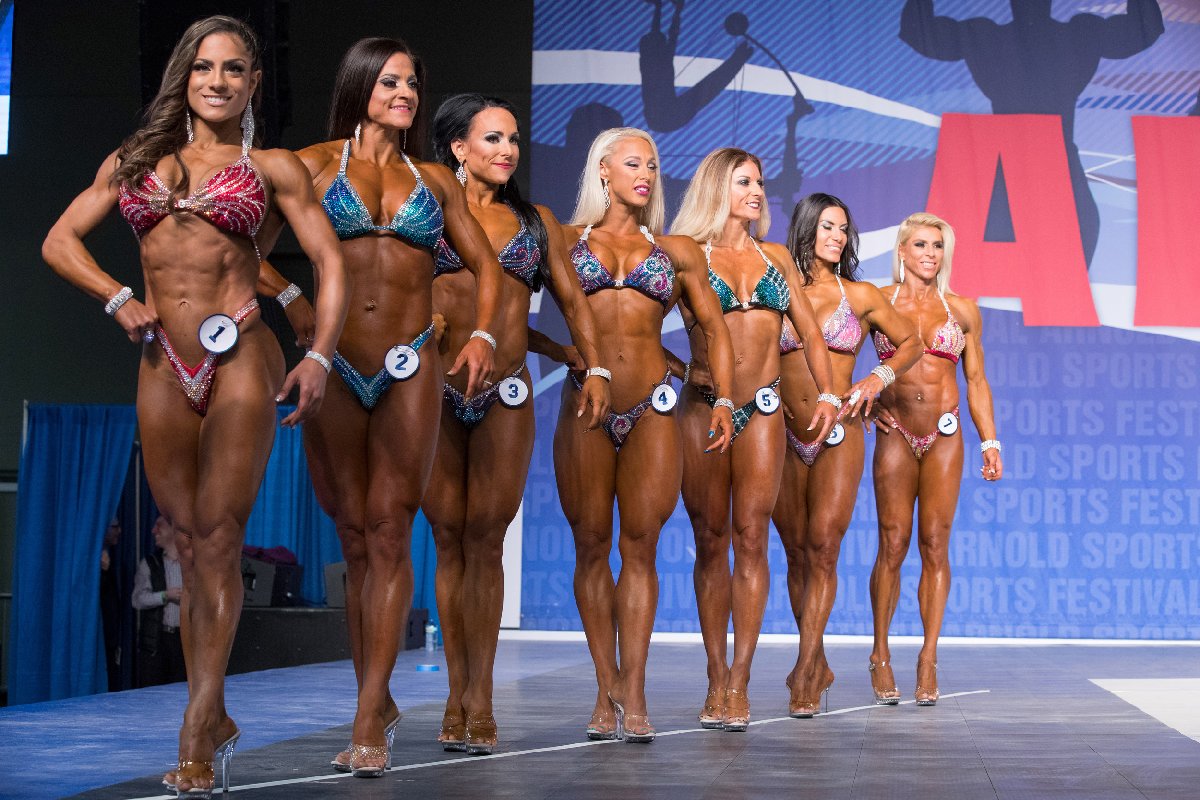 What the hell is going on here?!?! I just wrote an article for Iron Magazine about the ASC keeping Women’s Physique off its roster for a second calendar year! It’s been ages since they removed Women’s Bodybuilding as well!! And just like I said in my previous article it seems like the ASC were responsible for starting what many thought would be the end of FBB as we knew it.

Now it seems they decided there wasn’t enough “depth” in what they were seeing in the Figure Division. As a result they decided to cut it and may or may not ever bring it back. While kneecap-sucking outlets like Nick’s Strength And Power may sing the praises of some bureaucrat playing God over the second biggest bodybuilding contest in the world we simply will not whore ourselves out – here at Iron Magazine.

If you had any idea how many readers we get each week you’d know that we didn’t develop the readership that we have by putting out puff pieces. While Nick Miller might tow the line that these divisions were cut so that existing divisions could get more money, I don’t call that a win. That’s a severe setback for the sport and the future of bodybuilding.

Lee Priest has it right. If one division gets sidelined, the others should spring into action, but they won’t. Athletes don’t have any kind of solidarity with each other. And Miller is right when he says the Federation doesn’t require promoters to have all divisions at their events. I’d argue, however, that they should! I think the Federation has an incredible amount of leverage because if they pulled their sanction, promoters would hear crickets. That said, they don’t do that and I suspect they never will. That’s why asshats like the guy from Arnold can remove Women’s Physique and Figure from Arnold’s stage without expecting so much as a phone call from a bigwig.

As I long predicted with the introduction of Bikini – and later Wellness – there was a division that was going to suffer. Women’s Physique and Women’s Bodybuilding are safe to some extent because of the amount of muscle and condition that’s required to compete in their ranks. While opportunities are far fewer, the gap between them and the other four women’s divisions is so great, that it will allow them to exist on whatever level they can independent of the others.

Fitness on a local level is dead. That’s because Fitness requires far more than just having a great physique. In many regions of the United States Fitness is unable to draw out any significant numbers. This translates to lower quality amateurs turning pro. Eventually the division may see a demise similar to FBB, WPD, and now Figure. I always tell folks the bodybuilding world isn’t as big as the huge expos lead many to believe. You can’t have a spike in Bikini and Wellness without seeing dips in other divisions. It’s not like we’re talking about totally new people deciding to compete. Many of the ladies who jumped in Bikini and/or Wellness came from other divisions. There aren’t many Women’s Physique, much less Women Bodybuilders, jumping from their divisions to Wellness – much less Bikini. It’s pretty obvious where they came from.

Figure has been getting the cold shoulder for quite some time. Although it’s a beautiful look that showcases the very best of femininity, muscle, shape and condition, some think its look is dated.

Bikini still has the newness about it that makes it exciting. Also, promoters and media outlets can’t get enough of it. When it comes to ad campaigns, Bikini models and competitors seem to get a lion’s share of the work and the focus. They may not get paid much, but that too might be why they’re so in demand. The division didn’t start out smoothly and there was certainly a lot of leg work and trial and error that had to take place, from weeding out the strippers and cleaning up the trashy routines, to rallying around champions and then legends who truly helped shape the future.

If Bikini didn’t totally end Figure, Wellness provided that punch that scored the knockout. Wellness is as explosive as Bikini. It allows for the upper body muscularity of Figure, coupled with huge quads found in other divisions. It’s a whole new look. It’s been around a while in Brazil and Eastern Europe, but it’s totally new in the U.S.

As with anything new people want to know more about it. It gets second-looks just for that. Moreover it’s a look that promoters and media promote along the same lines as they do Bikini. That’s a degree of validation that many Figure competitors haven’t felt in years.

It’s great to compete because it makes you happy, but it’s entirely different when your efforts are not recognized – whether financially or otherwise.

Figure lost its marketing edge many years ago. The industry forgot about it. “The Industry” encompasses the media, the promoters, the fans, social media – the whole kit and caboodle. It’s no wonder the bureaucrat running The Arnold decided to cut it. He’s no different than David Pecker was when AMI ran the Olympia. He’s not a real fan/leader like Jim Lorimer, he’s not a workhorse like Matt Lorz, and he may not even like bodybuilding! It’s very possible that it’s “just business.”

Nick Miller might understand and support that mentality. Maybe it’s how he ensures getting the VIP treatment. I think cutting Figure from the Arnold is bullshit. I think the same about when they cut Women’s Bodybuilding, Women’s Physique, and 212 Bodybuilding. I think it’s a rotten move and speaks directly to Arnold’s greed. The show and the person.

Instead he and his cronies have successfully dropped FOUR PROFESSIONAL DIVISIONS in less than a decade. For an event that started in 1989 as second only to the Mr. Olympia, that’s not a very good [recent] track record. Who knows which division will be next. My guess is Fitness is next!

In time, I think the Arnold will figure out a way to make Classic the headlining event, with Men’s Physique second fiddle. Out of the three existing mens’ divisions bodybuilding is the one that will suffer most. On the women’s side I think there will be only two divisions – Bikini and Wellness. All in all if the Arnold bureaucrats could limit the Arnold to Classic/MPD and Bikini/Wellness I think they’d be happier than pigs in shit. Although Arnold can be the ultimate hypocrite, I think he will always want to save some kind of face among his remaining peers from the 60’s, 70’s, and early 80’s by always keeping Open Bodybuilding on his stage. But don’t be fooled, bodybuilding is dying, and we have shows like the Arnold Classic to thank for it.

When I went to the Natural Vitamins block party in Ozone Park, NYC, last year, I saw it all. There were people waiting for 5-6 blocks to get in. I did several interviews. I did a few quick interviews asking 10-20 people at a time in line who they were there for. Out of the five or six times I did this, 90% of the people were there for CBum. Maybe – at best – 1 in 10 were there for Nick Walker. That’s what I’m talking about.

At some point the bureaucrats will convince Arnold from paying the bodybuilders the biggest checks for the Classic and MPD guys instead. They will rationalize it again as it just being business. Even though Bodybuilding is the flagship division from which all other divisions were created it won’t matter to them because they are not fans. All they care about is the bottom line. All they are driven by is money.

Bodybuilding will always have a spot, but its days at the top are numbered. Arnold won’t hold out. Money is his ultimate motivator – even as rich as he is. That’s why a bureaucrat we’ve never heard of cuts WPD and Figure and the industry carries on like nothing happened.