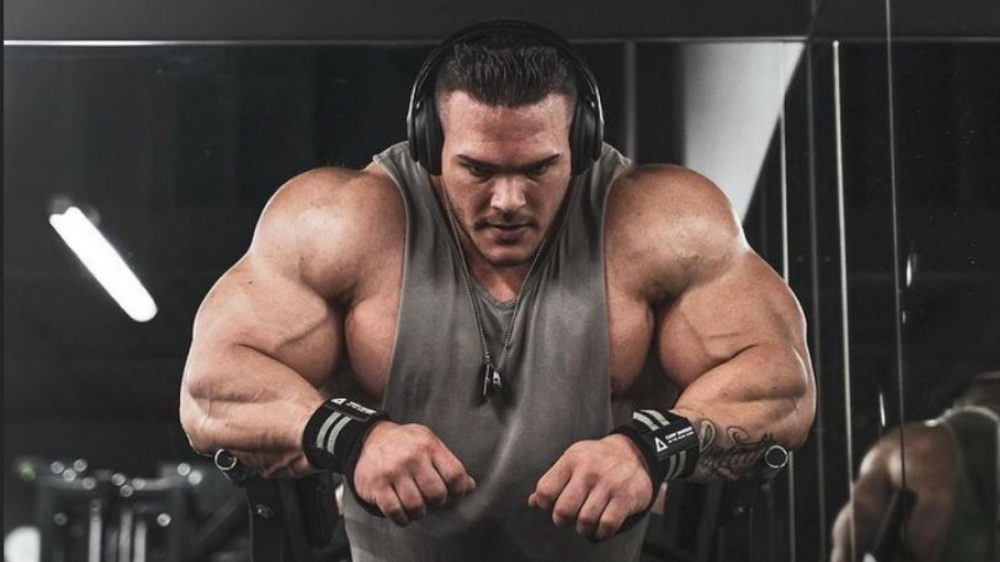 Is Nick Walker being “bombarded” with offers, as YouTuber IvanBodybuilding states – or – is he facing a series of deadends and lowball offers, as I’ve speculated would happen since his very public break from coach, Matt Jansen, over the course of the last few weeks?

Breaks are usually cut and dry, right? But not this one. Before we dive into the article, we need to establish a very distinct foundation with this story. From everything we know, using a combination of sources, media reports, and admissions from the movers-and-shakers in question, we know that all the turmoil started by an unusual ultimatum from Nick on Matt. From there, Walker removed all links to both his coach, as well as the companies he owns in parts. These companies sponsored Walker. On the other side of the weekend, The Mutant went public, reassuring fans and news outlets that he was in fact staying put and that the team would ride it out, “till the wheels fell off.”

Not surprisingly, as I predicted in my article for Iron Magazine, the rift created proved too great to overcome, even with meetings and pledges for good things to come. It’s at this point that I released an installment of @StrengthAddicts Real Talk on Instagram, where I made another bold prediction. And that was, simply, that Walker’s stock would take a considerable hit. On paper, his resume preceded him. He’s got the Arnold title, the NY Pro title, and the Olympia Top 5 – all from 2021. In reality, however, a major component from his success was gone. Many of the biggest supplement companies would be far too skittish to dig deep into their pockets and give the young, rising star six figure contracts, when his future – at the most elite levels of the sport – remained in question. Remember, before Jansen, Walker was barely being talked about. Some thought he’d have trouble turning pro. After Jansen, people were livid he was beaten by Hunter Labrada at the Olympia and thought he could stand next to Big Ramy at that show. That’s like a night and day change.

Just days later, almost to seal the deal with regards to predictions about the fitness industry souring on Walker, Nick Trigili of Bodybuilding and BS, reported that Walker had approached RedCon1 and was flat out rejected. Assuming that Trigili’s story is 100% factual, this would be a bombshell development. Not only did a major supplement company not offer the reigning Arnold champion a big payday, they didn’t want him at all.

While I would have been happy to have been wrong, I wasn’t. To be honest, RC1’s decision isn’t all that shocking. Why should they offer top dollar based on pure speculation? It’s speculative, at best, if Walker will link up with another top-notch coach, it’s speculative if his meteoric rise will continue without skipping a beat, and it’s also speculative if his loyalty to a new company will be any different to his lack of loyalty to his previous sponsors. All of these factors are huge unknowns, which I’ll discuss further throughout this article. All speculation aside, one certainty from the rumored Redcon1 decision is that it will invariably affect future offers for the young pro. Companies may reject him a lot faster, since RC1 did it so quickly, and companies who may want to take a chance, will be emboldened to make lower offers than usual.

Everyone is assuming that Walker will be able to choose his next coach, choose his next sponsor, and win whatever contest he sets his sights on. He probably assumed a lot of this, himself, only to find out that fantasy and reality don’t always go hand-in-hand.

I’m sure Nick would like to work with Chad, Hany, or even the retiring Chris Aceto. Maybe he’d like to link up with George Farah, Neil Hill, or maybe, Grandma, but the fact is, a lot of the biggest names in coaching, may be reluctant to work with him. What’s in it for them? Remember, Walker got himself into this whole mess because of an unreasonable ultimatum. All of the aforementioned coaches and many others on their level, would have responded exactly as Jansen did.

For a guru, prepping athletes is their primary source of income, it’s their livelihood. Why would any top coach want to work with a competitor – no matter how gifted – who could potentially run the same game on them? Is Nick Walker the only who can win the NY Pro, the Arnold, or maybe, even, the Olympia? No, he’s not, and besides that, most top coaches would rather take longer, with the right client, and make it happen when it happens.

The fact is, there are no assurances that Nick has grown from his old ways. I mean, it hasn’t even been a month. And if there was hesitation when he first left Jansen/RAW/Revive, that’s easily grown into downright reluctance after the second break in less than a week’s time afterwards. Let’s not forget that Walker and Jansen didn’t just part once, but twice. This is enough to make Walker’s chances of landing another great coaching partnership as fleeting as landing another major supplement deal are. Companies and coaches, alike, want to sign loyal people. Walker seems loyal only to Walker.

The uncertainty insofar as coaching has even led some pundits to consider the possibility that Walker may self-coach. That, even for someone as brash as Nick, may seem like a colossal error in judgment. Even if Walker had his previous preps memorized, so what? It’s not about replicating past preps. Where coaches really shine is when they’re able to address unforeseen circumstances. What if all of a sudden a competitor becomes sugar-sensitive, fat-sensitive? What if they can’t pull the water in time? What if something that’s always worked, is suddenly missing the mark? The clock is ticking, maybe the issue happened just an hour or two before it’s time to hit the stage. What are memorized steps to past preps going to do in that situation?

To suggest that memorizing preps allows a competitor to then “self-prep” him/herself is a boneheaded statement to make. Nick needs a coach, but that’s not to say he can have any of the coaches he wants. And he has only himself to blame.

The same way supplement companies are reluctant to work with Walker, I think top coaches are, too. No one wants to sign-on for that bullshit. Not only don’t they need to, very few want to.

The biggest elephant in the room is consistency. Aside from the sponsor and coaching conundrums, is the big question of whether Walker will be able to continue his ascent in 2022. Since it’s highly unlikely that he’ll compete at the Arnold (which is in two weeks) and it’s unlikely he’d put his body through a prep for the 3rd biggest title (NY Pro) when doing so could sabotage his Olympia prep, it’s looking like everything will come down to December in Las Vegas, NV. Will he sink or swim? That is the question.

Anything less than 5th at the 2022 O, could be argued, would be a loss or failure. Getting 5th again, might be the best case scenario. To even suggest that Walker could best his 2021 placings at the Super Bowl of Bodybuilding, given all the chaos in his career at present, would be longshot talk. To say that Walker could win the Olympia, without a secured sponsor or coach locked-in, is almost insanity. And again, that’s what prospective sponsors and coaches have to look forward to? It’s no shock they’re not banging on his door.

Getting rejected by Redcon is more than just one company saying no. It could spell a lot more trouble for the young bodybuilding sensation. It’s also interesting that Fouad Abiad’s Hosstile Supps hasn’t scooped up the Bro Chat regular. But just as I said in my earlier article for Iron Magazine – it’s one thing to do a podcast, it’s quite another to get into business together. I highly doubt Abiad would be interested, but who knows?

In summation, Nick Walker will really have to prove himself. He’s having to go through a real trial by fire – and he’s the one who lit it.

Newer Post
Lifting Shoes: What Are They and Do You Need Them?
Older Post
What is Sound Healing and Does It Work?