Shaun “The Giant Killer” Clarida vs. Kamal “The Lion of Libya” El-Gargni 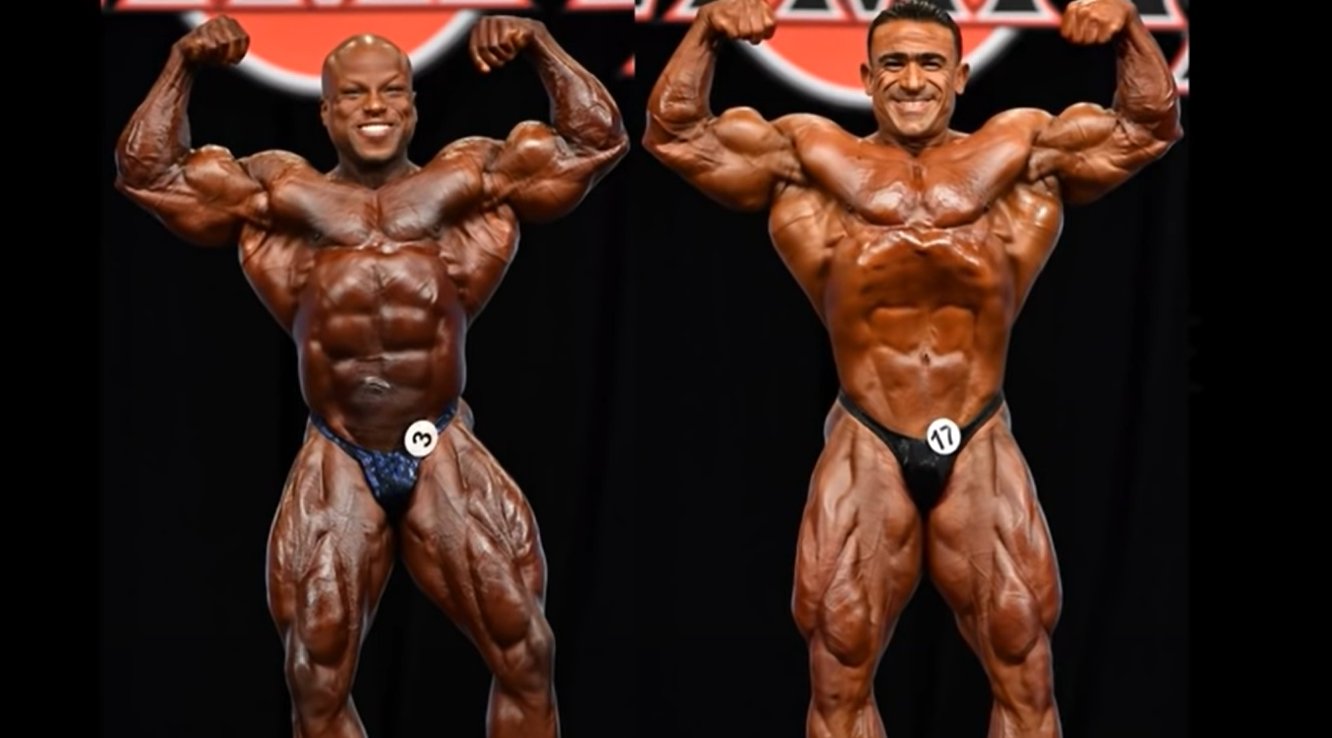 With Derek Lunsford seemingly out of the 212 Olympia and top contender George “Da Bull” Peterson no longer with us it seems that the tie-breaking showdown between Shaun “The Giant Killer” Clarida and Kamal “The Lion of Libya” El-Gargni could be the biggest blockbuster event of the 2022 Olympia Weekend!

I for one am very excited about the potential of this epic showdown. For years I have said these two men possessed everything that makes 212 Division great. Both of these gentlemen are no strangers to adversity. Neither one of them started out as favorites – with the fans or the media. They had to work very hard to become driving forces in the division they have grown consistently overtime. Both men have pushed the limits of their physiques without losing their classic lines and without compromising their much-admired aesthetics. And when it comes to treating the fans like absolute royalty both of these guys embody what every single pro should aspire to be. They treat the fans with such respect that it’s no surprise they are two of the most popular champions in Bodybuilding, whether 212 or open. The bottom line is this showdown should be receiving a lion’s share, no pun intended, of the Olympia promotions for this coming December‘s event.

But that being said you couldn’t ask for two more different physiques. Shaun has truly earned the distinction of being a freak among freaks. I have heard countless pundits compare him to Ronnie Coleman from the back and others have even said he has Dorian’esque qualities with regards to his training. If you have ever seen the poundages he moves coupled with his range of motion and a strict attention to detail it’s absolutely jaw-dropping. Unlike so many other bodybuilders who try to look strong but in reality are far from it Shaun is a throwback to the days when bodybuilders trained like powerlifters. In reality he’s a modern-day power builder if there ever was one. The only other bodybuilder I could compare him to would be Mike O’Hearn but Mike does not compete actively nor is Mike Shaun’s height or weight. I think these are very important distinctions to be made.

Kamal on the other hand does not train like Shaun but trains with purpose on point. The BPI Sports sponsored athlete trains artistically and by that I mean you watch him train and it’s like you’re watching art before your eyes. His symmetry is unparalleled and his will to fight knows no limits. When it comes down to getting every last point and every last positive light Kamal is a force to be reckoned with. Where most guys even half his age are winded and exhausted the Lion of Libya seems to find more gas in the tank to press on. At 50 years plus of age he has no end in sight and could easily be number one again in just four months time.

Any pundit or handicapper that rules El Gargni out as a true contender to regain the title is an absolute idiot. And you know me I don’t like to name-call but there is no way that Kamal should be counted out and the fact his loss to Shaun back in 2020 was so close, it truly lit a fire under him to regain his title ever since.

I will never forget Interviewing Kamal after that competition and while he was very happy for Shaun in true good sportsmanship style, he was also largely dumbfounded. He never said anything to that point but you could tell with his whole vibe that he truly believed victory was his and when it wasn’t he was committed to winning it back again. That spirit alone makes him a major threat!

And even when Derek won the title last year both of these guys battled so hard that no one in the hall or around the world could’ve asked anything more of them. Last year’s 212 top three could have changed places without anyone heckling from the crowd. That’s how good these guys were.

As previously stated, I couldn’t imagine Derek dropping 50 pounds of muscle in order to compete at the 212 in 2022 but even if he did show up both of the guys this article is about could give him a run for his money. In fact both of these guys could beat him at 100%. That said it’s very unlikely that Lunsford will compete again in the 212 in just four months time and it’s even more of a reason why the world of bodybuilding should be fixated on this potential rematch between Clarida and Kamal. That being said with the focus, as usual, being on Open Bodybuilding I highly doubt we will see much along the lines of a buildup in hype between these two giants of the lighter division. In fact there’s even a podcast that just a week ago suggested that the 212 might be coming to an end.

If you ask me 212 Bodybuilding is very much like female bodybuilding and fitness in the sense that it is an incredibly entertaining and cutting edge division but quite frankly needs to be marketed as a standalone. Unfortunately the 212 often times gets overlooked and is expected to succeed based off of the indirect marketing it receives by way of Open Bodybuilding. This right here has all the makings of an epic showdown but unless it gets the coverage it deserves it’ll simply go unnoticed until maybe a few days or a week before the contest. In my opinion that’s a huge missed opportunity. My hope is that my article for Iron Magazine will inspire other publications and platforms to take a look at the potential in this clash of titans.

If you were to ask me right now which of these two great champions do I think will prevail in December I would not be able to give you an answer. It isn’t merely because I’m a huge fan of both of them but it’s because of the ironclad work ethic they both possess and the fact that they are both damn near perfect. The fact that I cannot decide makes me all the more interested in watching the contest and watching these guys as they prepare. In my opinion that’s what makes for a great rivalry. Plus add to the fact that these guys have mutual respect for one another and are both all about positivity and growing the sport of bodybuilding and you have the makings of a truly amazing showdown in the works.

Who do you have winning the 212 Olympia? And who do you think will do better Kamal or Clarida?