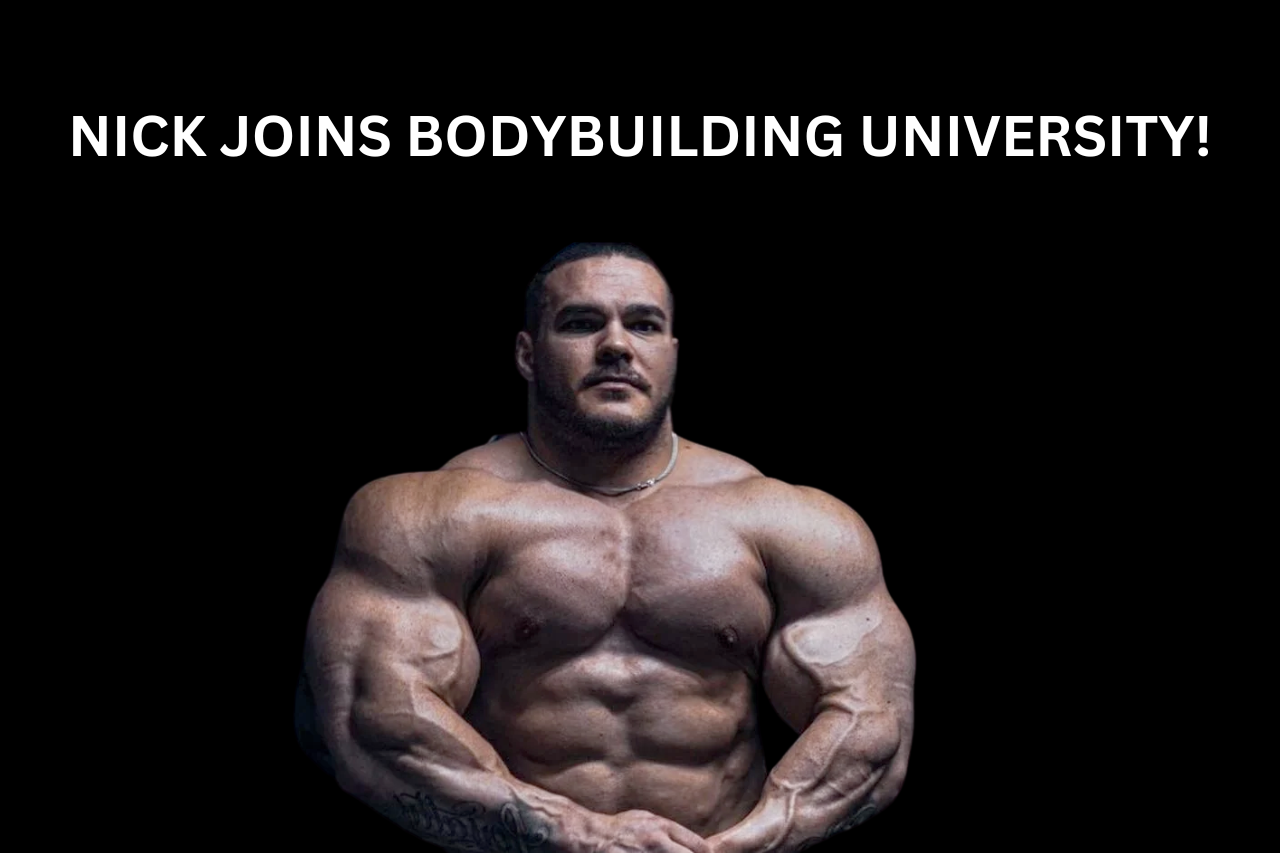 Following the break between Nick “The Mutant” Walker and Hosstile Supps many bodybuilding fans believe that the break would extend to Bro Chat, the wildly successful podcast which has taken the world of bodybuilding and fitness by storm. While Fouad Abiad is the host and there are numerous guest co-hosts, the show does have 2-3 regular co-hosts that have really helped make the program into what it is. Of these 2-3, there’s Walker, Guy Cisternino, and Iain Valliere.

Although these three guest co-hosts are usually on, I’d say Walker has been on the most. In fact, if you were to poll most Bro Chat listeners they’d tell you they think it was Fouad’s and Nick’s show. That’s how much The Mutant is on there and that’s probably why Abiad made it a point to declare that although Walker and HS are done, that that does not extend to the show.

Once Walker walked it sent shockwaves throughout the fitness industry. Was this deja vu? Walker had left RAW and his longtime coach Matt Jansen in similar fashion. That said, very little is known about the break with Hosstile. Much like Jansen, Abiad has taken the higher road. He commended his former athlete as a friend, great competitor, and left the door open for future work. Walker, on the other hand, hasn’t reciprocated. What he’s done is gone on as many podcasts as possible and has kept himself in the conversation. I think that’s the way to go, personally, but I think the fact he’s not reciprocated the good faith shown to him by Abiad may come back to hurt him in future business dealings.

Nonetheless, I think Walker has struck a nerve by going on Bodybuilding University. BU has been the answer to Bro Chat that so many bodybuilding fans have been waiting for. It’s also interesting that practically everyone associated with the program was at one point or other with Hosstile. This softens the blow of Walker possibly being dropped for any wrongdoing on his part. When you see a show with 4-6 hosts who have all been dropped or left the brand, it paints a picture without a single word ever being written or uttered. There’s no way all these guys were in the wrong and Fouad was in the right. Right?

Whatever the truth may be, Walker doing this podcast shakes Bro Chat’s foundations to their core. To date, the show’s reign has been unquestioned. None of the old school sites like MD or RX can put out anything that competes with it. BC is also not in direct competition with Nick’s Strength And Power – not directly at least. That’s where Desktop Bodybuilding would step in.

The question for me is how much of a role, if any, will Walker have with BU and/or DB. And could his closeness with BU/DB help him reinvent himself?

The fact is Walker’s debut with the show was interesting. I feel that he was interesting and at times very funny but he was a bit lost in regards to where he fit in. Xavier, like Fouad, is the host, but unlike Fouad, Wills speaks far less. The reason he does this is because he probably wants the pro’s to weigh in more. After all they’re the guys who compete at the elite levels, their perspectives are so much more on point, and as a host I think Xavier is happy introducing topics and then sitting back and observing. I like his approach as a fan every bit as much as Fouad’s.

With Fouad you’re also dealing with a couple more dynamics. As a retired top pro who actually did damage on the stage, he offers insights that the younger guys relate to. He can also help them from making the same mistakes he made. Abiad also plays the role of company owner (and boss) to guys who appear on the podcast while also signed to his company. I don’t care how laid back he may be and how informal BC may be, when you’re on a show with the guy who signs your checks and decides if you have a job or not, that’s added pressure. I feel that the dynamics of BU are way different for Walker. There’s good, bad, and everything in between in that statement.

What will be interesting will be if Walker’s appearance was a one off or if he’ll be joining the show as a regular co-host. If it’s the former then he did great and it’s definitely worth the listen. If, however, the latter is the way we’re headed, I suspect Nick will have to content himself with being a one-fifth member and talk way less than he did for his debut show. Unlike with Bro Chat where he shares the show with two retired bodybuilders and a far less vocal champion in Iain Valliere, with BU Walker is not about to silence the likes of Martin or Brett. These are two outspoken guys with plenty to say. They’re not about to settle for being in the shadows or hanging on Walker’s every word.

Also, if Walker’s presence becomes far more consistent, I suspect the rivalry with Brett may resurface. Just because they do a podcast together does not mean that all old beefs are  squashed. And maybe there weren’t beefs to begin with, but competitiveness may cause tensions in the future. Let’s also not forget The Prophecy, Nathan De Asha.

Nathan is a straight shooter. He’s unfiltered and he’s real 24/7. I’d say the same about The Martian. I don’t know Brett’s content well enough to throw him into this category, but I know Nick’s temperament from firsthand experience. He’s very much like Phil Heath in that he cannot take criticism. No matter how constructive the critique may be, if he feels offended, he will write you off. I don’t want to suggest he’s a man-child, but the fact is when you win the Arnold Classic and you’re in the running to be the greatest bodybuilder on the planet, you can’t block people, much less the media, for having an opinion you don’t like. That’s childlike and unfortunately that’s Walker to a T.

Phil has allegedly – if you believe his marketing rebranding – evolved and is no longer the way he used to be, but who knows. I can’t really speak to that because I’m still blocked on all platforms and I still have the Twitter chats where he told me he blocked me because I supported Shawn Rhoden in 2017 “too loudly.”

Nick Walker blocked me because I took exception with the fact RAW dropped Shaun Clarida and because I didn’t feel Matt went to bat for him enough. He thought I was too negative. And what’s hilarious is that within months of that brilliant decision, he got dropped from RAW and Matt wouldn’t work with him anymore. Go figure.

All that being said, Nick didn’t make Bro Chat. Fouad has. Nick’s gone and has already been replaced, but will his fans follow him? The beauty of media is that fans don’t have to pick either Bro Chat or Bodybuilding University. They can listen to both. The question is – will they?

If they do, then BU’s numbers will have to jump about 15-25x per episode. Whereas many BU episodes hit around 10-15k after 30 days, many Bro Chat episodes surpass the quarter million mark. If Nick truly has sway over the BC fans who tuned in each week to see his goofy product plugs or to watch him doze off during various parts of the programs, then BU should see a massive jump in views. Three days after the BU podcast, the episode featuring Walker has 16,000 views. It’s a minor bump but nothing to suggest Walker’ fans followed him to BU.

Only time will tell where Nick goes.