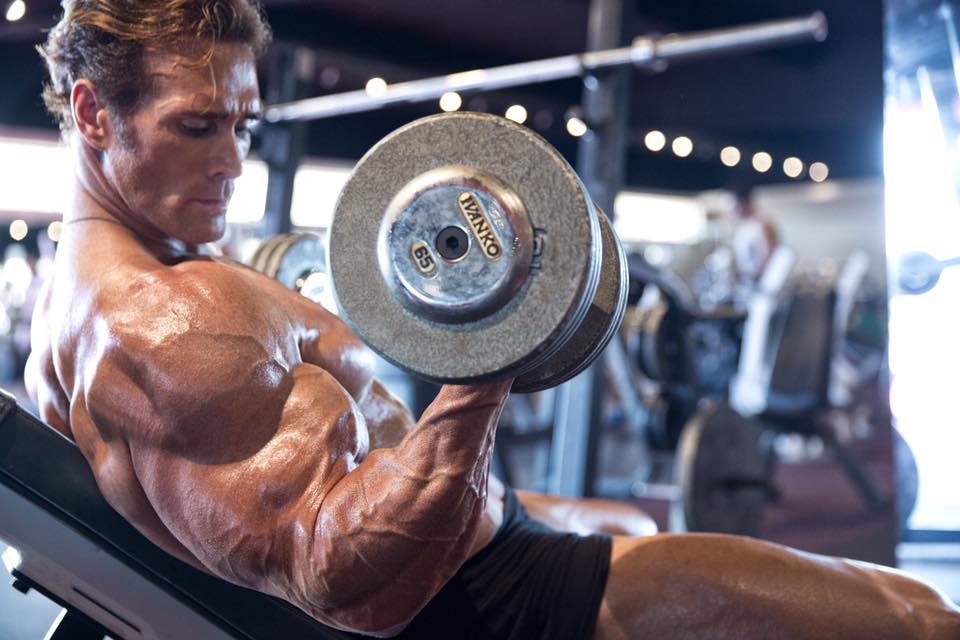 Mike O’Hearn is a bodybuilder I have always looked up to because he’s always flown straight when it comes to his training, his diet, and the advices he gives to aspiring bodybuilding enthusiasts. His Titan Series with BPI Sports is selling like hotcakes and rightly so because of his longevity in the sport he’s known and loved his whole life.

Unlike many of the wannabes and the posers who are simply in the sport long enough to make some waves and cash out there’s something to be said about people like Mike who are in it for the long haul. In a recent interview The Oak himself Arnold Schwarnezeger spoke to this very point. Whether he’s competing, in politics, or retired, he will always train. And one look at the most famous bodybuilder on the planet you know he’s not just pumping iron but he’s also watching what he eats and takes his supplements religiously. You’re either all in or you’re not.

This is why so many people just can’t understand how O’Hearn has defied the aging process and looks better than guys ten to even twenty years his junior. This isn’t by happenstance. It’s all about how you live your life – in and out of the gym. There’s far more to Mike than how he looks. There always has been. He is the subject of many conversations – from fans to pundits to major media outlets. It seems everyone wants to know how O’Hearn was able to do it. They want to know his secrets and when they find out the answers many of them would rather cling to their own narratives because the truth just isn’t sensational enough for their agendas.

The fact is Mike is very much a pioneer of powerbuilding. He may not have created it but he certainly has pushed it hard. I can remember Robert Kennedy’s REPS! Magazine was all about this approach to training but I don’t remember the publication lasting very long.

Conceptually a lot of guys strive to hit the weights with the intensity and the discipline of someone that looks like a bodybuilder but lifts like a powerlifter. It’s a fun approach for a few workouts, maybe for a few months, but ultimately guys just start falling off. They either can’t handle the beatings the body takes or maybe they don’t give themselves enough time to rest. The main reason most guys fail – if I was to speculate – would be the fact that it’s just too intense. It’s too much weight and requires too much discipline during all aspects of the lift. There’s no room left for poor form, swinging weights, or allowing momentum to control the exercise.

True strength requires great attention to detail and if you’ve ever seen O’hearn in action you can tell that he’s not busy yelling like a lunatic, depending on overly-active spotters, who lift weights he has no business moving, or acting for the cameras. That said, there should definitely be a challenge and the muscle grows when exerted but everything needs to be within reason. It’s when people try to lift what guys like Mike lift without building to that point that folks run the risk of injuring themselves. This is also where you see novelties such as “half squats,” “sissy squats,” and partial reps. There’s definitely a place for these movements in training to exhaustion and other calculated approaches but when people are only lifting partials because they can’t complete an actual, single rep on their best day, then that’s not a rep or set they should be attempting alone.

I can’t tell you how many times I’ve gone into a gym only to find a guy laying under a bar on a bench press. If I’m lying I’m dying. I can count the number of times I’ve walked into a Snap Fitness and seen this very scenario. These are gyms that are usually unmanned where members can walk in anytime of the day or night, provided they have a key or key pass, and just lift.

Years ago when I was a law student and also when I was in college, I liked these types of gyms. This was long before Planet Fitnesses on every corner were open 24 hours a day. This was also at a time when magazines were still in demand. Now I’d be a liar if I said the guys that were stuck under bars (for who knows how long) had O’Hearn article open, but I kid you not, many of them had open magazines and were reading up on Jay or Ronnie. With enough Slipknot or Pantera on their ipods and slamming pre-workout drinks, it was probably enough to get some poor kid to lift 200% their max in the middle of the night, alone in the gym. I never asked how long they were stuck there for. I figured it was probably embarrassing enough as it was for them. Plus they were probably super grateful I found them and not some hot chick who’d take a picture of them and blast them on Myspace.

The truth is guys like O’Hearn lifted their whole lives and continue to do so. Of course everyone wants to point to PED’s, SARM’s, and every exotic concoction in the book as to why their gains and strength stand the test of time. They can’t accept that a lifelong of lifting has given this superhuman freakish strength, muscle size, and the kind of symmetry juiced guys could only hope for. The fact that Mike not only competed but won multiple Natural Universe titles in the strictest natural organizations gets brushed off as if anyone juiced to the gills could just walk in off the street and compete on those stages. Not only is that categorically untrue but when someone excels in natural federations the scrutiny becomes far greater. The absolute last thing these natty federations want is to be made fools of. This is something that escapes most of O’Hearn’s harshest critics. Ironically, many of the people that hate his advocacy of natural bodybuilding and tend to question absolutely everything he teaches are also his biggest fans. I really don’t get it. I’ve been in the industry for well over a decade and I understand the psychology of countless different types of fans. I may never understand the O’Hearn critics though. They cling to his every word but also talk crap about him wherever they can. I’m not sure if they actually say anything to his face, but most of them would be too busy complimenting him, buying everything he promotes, and asking him for selfies, to say they don’t believe he’s natty.

Beyond the question of natty or not that so many silly YouTube channels have bankrolled their operations on, there’s the question of fake vs real weights. Fortunately the trolls know better and to my knowledge no one has ever questioned whether or not O’Hearn is strong as an ox or not. Countless athletes from various disciplines have done collabs with him and they’re left in near-disbelief for how strong he is. One look at his caloric intake and the quality of the foods he consumes and his athletic performance starts to make sense. So many guys who use PEDs have shit diets. Others don’t sleep enough, don’t hydrate, or lack the consistency in the gym. Whatever gains they have are based on what they pin and how much of it they can get their hands on. To those who are obsessed with chemicals very few know or can even comprehend the real lengths to which the body can go.

I’m by no means knocking exogenous hormones or PED’s. I think they have a place and I’ll be the first to tell you that A LOT of natural bodybuilding is boring. I’m not a shill or a hypocrite. I can’t tell you the last time I went to a natty physique-based contest. I will tell you that if natty contests had guys like Mike O’Hearn, John Hansen, Skip LaCour and Jeff Willet, I’d be sitting in the front row and screaming my lungs out. All of these guys defy the norm and live, eat, and sleep bodybuilding. This is why when Skip and Jeff were with AST, the brand had a very loyal following. It’s because these guys subscribed to the MAX OT style of lifting and because they actually used the supplements they were advocating. They incorporated the products into their well-thought-out diet plans. The same can be said for O’Hearn and the Titan Series.

Consumers in the fitness industry are EXHAUSTED of being duped. Listen folks, it’s not rocket science. If you’re a true natural athlete then it’s all about what you eat, what food-based supplements you take, and how you train. Credibility is key and although the gains may take an entire lifetime – they are attainable. Are you willing to work as hard over years like O’Hearn? That’s not really the point. The point is if he could, others could follow his path. Most won’t but if the supplements are good quality they will definitely bring about positive results. This is also why people actually read and follow Mike’s training splits. Again, it worked for him so at the very least it’s going to have a positive impact on their training. In a world of shills and snake oil, a guy like Mike O’Hearn gives a lot of people – natty and enhanced – a real sense of purpose.

Bodybuilding isn’t a sport that’s reserved for the youth. It’s a discipline that can be enjoyed throughout life. It can bring about real growth and not just in terms of musculature. The gym can be your sanctuary and lifting can be as much your exercise as it can be your therapy.