Mike O’ Hearn FINALLY Comes Clean about Being Natural or Does He? 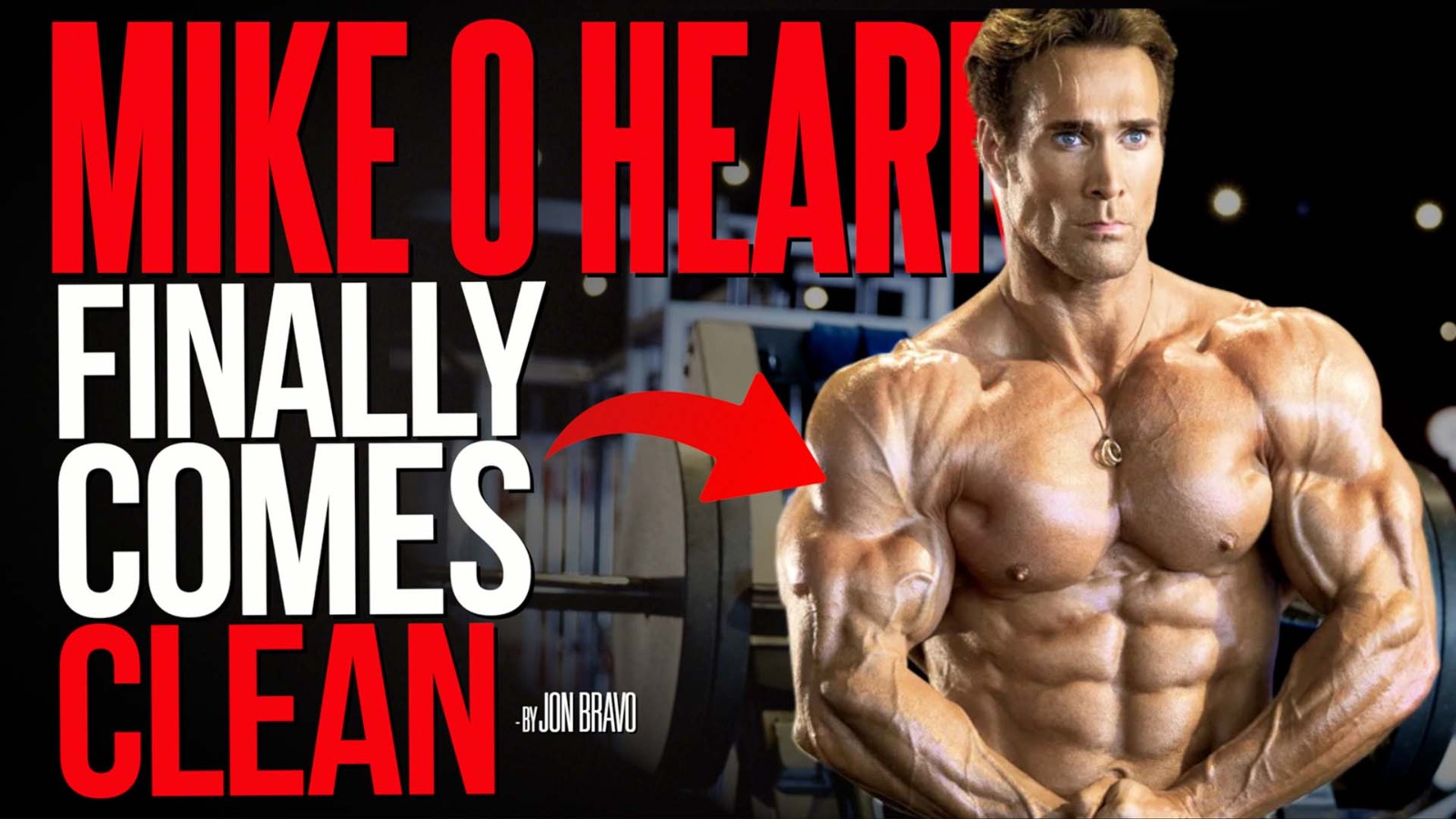 As many people in the bodybuilding industry know Mike O’Hearn has been claiming that he is 100% natural the past three decades. In his latest interview with Kenny KO he double downs on this, but gives the most ridiculous answers to the questions about never using testosterone or PED’s (Performance Enhancing Drugs) and being natural. He very easily could have given intelligent, logical answers and responses to the questions, but instead goes on about nonsensical garbage. He even claims he never knew he had superior genetics to build muscle and strength and that he has suffered from low testosterone levels his entire life. In fact his testosterone levels today and always according to him, have been exactly 400ng/dl from puberty to age 54. HUH? And he also claims he was the strongest 15 year weightlifter/powerlifter in the world, but I am not sure which world records he holds if any at all. It’s very obvious he is very uncomfortable being asked questions about PED’s, but rather than responding intelligently he uses deflection, avoidance and pure nonsense to try and explain his massive physique being due to just hard training in the gym. He even uses his 46 year old wife’s ripped abdominals as a response to him never using PED’s which made absolutely no sense. He also claims that a male’s hormone levels don’t decline with age when we have a large amount of scientific evidence to prove that this statement is 100% false. I am not sure at this point if Mike is just a little dumb and uneducated or he if he was just completely unprepared and frazzled when being asked questions about PED use without any preparation to this short and live gym interview. However you would think that after claiming to be natural for his entire life he would be able respond with well thought out and logical responses to such questions. Greg Doucette also made a really good response video on this and does a great job of breaking down Mike’s nonsensical answers to PED use and being natural his entire career, as well as not even being on TRT (Testosterone Replacement Therapy) at age 54. And still being extremely muscular on the level of current IFBB pro bodybuilders in their twenties. I think we can all agree Mike O’Hearn was blessed with superior genetics for bodybuilding and strength, but apparently he never knew this and nobody clued him in on it. I am not discounting his years of hard, consistent training, diet, nutrition and discipline. But I am very disappointed at how ridiculous he made himself look and if anything it is only going to encourage young aspiring bodybuilders to use PED’s after they do not attain his level of muscularity naturally because 99% of the population cannot, and that is just fact based on genetics and not training or diet. What Mike should have said to sound believable was yes I was blessed with superior genetics and naturally high testosterone levels and luckily my levels have remained on the high end of normal my entire life. That coupled with hard, consistent training, diet and nutrition my entire life I have been able to attain a very muscular physique and maintain it to this day at age 54. For me personally and it’s just my opinion, I can now say without doubt Mike O’Hearn has been using PED’s his entire life based on his responses and body language in this interview. But I digress, watch the video and you be the judge of his nonsense.