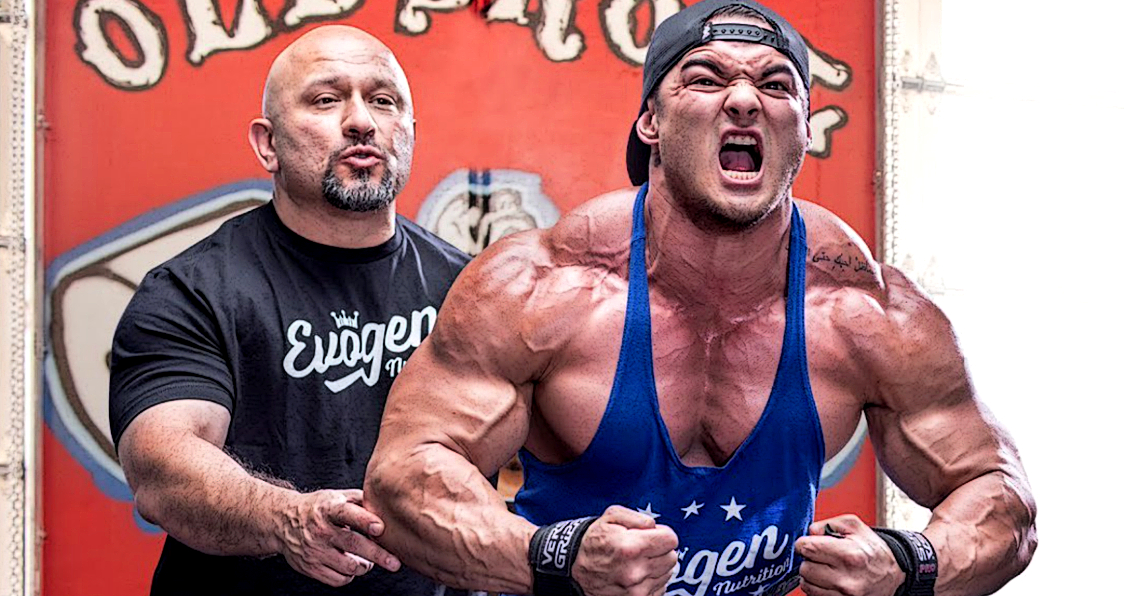 Hany Rambod is currently one of the most important people in the sport of bodybuilding. His influence runs through a variety of channels. For starters, he’s the owner of Evogen Nutrition, one of the most popular and recognizable companies in the business. He also has superstar credentials in working with the likes of Jay Cutler and Phil Heath; however, he’s not living off his past. In fact, Rambod is more in demand now than he’s ever been and that’s because of the top talent in his camp. Not only has he made many great competitors but he’s been hired by guys who have reached close to the top but need that little extra push. And it’s not that little when you think about it.

There’s something to be said about being able to get a Top 6 or even a Top 3 athlete into the winner’s circle. It’s really a lot more than a placing or two when the placing or two makes you the champion. Currently, Hany has the top 2 open bodybuilders in the world in Hadi Choopan and Derek Lunsford, he also the top Classic Physique guy in Chris Bumstead, and he continues to have a who’s who of talent. Although Brandon Hendrickson didn’t win this year’s Men’s Physique Olympia he was there every step of the way making Erin Banks earn the title. Brandon took a commanding 2nd place and will be back to either win another Arnold or win the Olympia in 2023. The fact is Hany is their coach and having all the top stars plus a major supplement company makes Rambod one of the most powerful men in the bodybuilding world. What does this mean for the future?

I have always believed that power and influence go hand in hand in a sport where subjectivism trumps objectivism. Think about it. We’re not dealing with a sport where an objective fact (e.g. a basket, a field goal, or a touchdown) equals points. We’re dealing with a discipline where a panel of people determine who hits poses better and who presents themselves in a more favorable light. There is no real criteria so that leaves a lot to each person’s own feelings. Some may call this feeling politics and others might attribute it to more of an innocent, arbitrary construct. However you may choose to rationalize it, I’m of the opinion that if you’re backed by a powerful sponsor and/or work with a powerful coach like Hany Rambod that’s going to account for some leverage. It might not give you a win or even a placing but it will factor into the equation. There’s a lot at play at these bodybuilding shows and with major publications like The Washington Post drawing attention to the possible contest rigging angle I don’t think it’s such a stretch to ponder the idea that maybe who you’re with accounts for something.

The bottom line is that every athlete who wants to take their career to the next level will want to be considered by Evogen. I mean think about it. They have the top 2 bodybuilders in the world, they have Classic, and they also have the runner-up in MPD. You’d have to be an idiot to not want to be part of that elite crew. I could see someone like Nick Walker sliding into Hany’s DM’s. I could see a guy like Iain Valiere who some argue is totally burnt out going to Rambod. Some athletes will start to look at where they’re at in their professional careers and start to reassess.

The thing about bodybuilding is that it’s really not a sport for the young. Sure there’s guys like Tony Freeman, Darrem Charles, and Dexter Jackson who could defy the aging process. But those are very rare. The vast majority of guys start to fall apart by their late 30’s. If you’re in your mid 30’s and it seems like your best days are behind you, then you really don’t have the luxury of time. You simply can’t sacrifice another 2, 3, or 4 years hoping that what you’ve been doing and who you’ve been doing with will suddenly work. I can see a lot of guys hitting up Hany and hoping he’ll consider working with them. Whether it includes an Evogen deal or not. I can see a lot of top pro’s even shelling out the big bucks for him to ghost prep them or even shadow them for the final stretch. When one single coach can say his athletes dominate the entire men’s side of the sport of bodybuilding then it’s a no brainer to want his guidance.

The problem Hany is going to have – and may have already – is that he’s only one man. I was one of the writers who was concerned that he had too much on his plate. I wrote about it – at length – here at Iron Magazine. And I’ll be the first to admit I was wrong. Not just wrong – WAY WRONG!! Most coaches just couldn’t pull it off. I wasn’t wrong because I was hateful or had anything personal against Rambod, but when’s the last time a single guru was in this position. He is now a legitimate powerbroker and being that he’s so loyal and so well-liked by the powers that be is a major plus. They never have to worry about him getting carried away. While he is very powerful and he can make pretty significant moves, he was still an IFBB Pro once upon a time and he knows all too well how important it is to stay in your own lane.

Sometimes even staying in your own lane might not be enough. If it’s deemed a single person just gets too powerful that might also bring about his demise. I think Ramod will only get more powerful and more influential. He’s been vetted and he’s going to be in the industry for a very long time. There’s simply no risk with him and I suspect his demand will go through the roof. I have already spoken to many ladies who are looking at what he’s done with the men and would kill to have him take over their preps or give them their existing coaches some feedback. That’s where we’re headed.

Imagine what that looks like. Imagine you have a coach, but you want to hire Hany to review the training, diet, and supp protocols and give your existing coach his two cents. What coach is going to stand for that? And would Hany even want to do it? Those are two valid questions, but if you believe in the age old mantra that the customer is always right then get used to it. Competitors from all divisions, both genders, and all ages are seeing what Hany is doing and they want to be a part of it. Like I said earlier, as athletes age their odds of achieving their goals diminish. For competitors who want results, many are starting to think Hany is their one last real chance. The results in Vegas from the 2022 Olympia further stress this point.

The sky’s the limit for Ramrod. Who knows how far he’ll go. One thing’s for sure, he won’t be losing any clients to any other coaches! That’s a fact you can take all the way to the bank. You etch in stone. It can be the 11th commandment!! Also, I suspect that as a result of his many successes at the 2022 Olympia Weekend that we may see a similar level of dominance at the 2023 Arnold Classic. I don’t see 2022 Mr. Olympia Hadi Choopan risking his 2023 Olympia title defense by spreading himself too thin doing the Arnold the same year, but I could see Lunsford throwing his hat into the ring. I could also see Cbum and Hendrickson doing the ASC both to earn more income but also solidify their stake for the 2023 Olympia. If Rambod dominated the Olympia scene and then dominated the Arnold stage as well, it’ll further make the point that he’s the King Guru. Other coaches like Matt Jansen are also in commanding positions, with guys like Walker and Clarida to their names, but what Hany has done remains on a whole new level.

The sky’s the limit for The Pro Maker and I think we’re going to see a lot of people doing FST-7, taking Evogen supplements, and hitting up Rambod for any kind of a chance to be part of his team. It’s going to be an interesting 2023.

Newer Post
Collagen Gummies Are Becoming the New Supplement Trend?
Older Post
Turmeric Coffee: Should This Be Your Morning Brew?