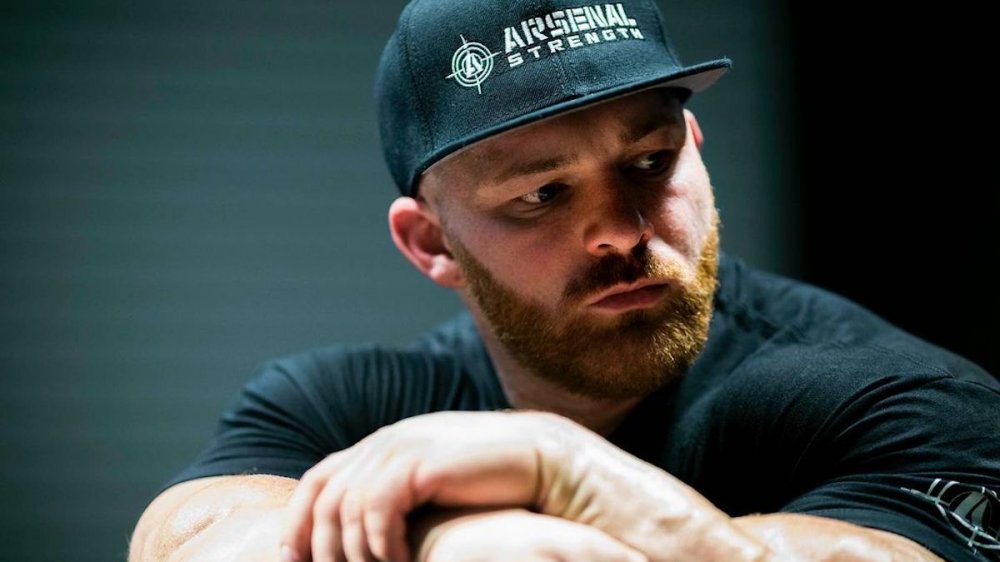 Flex Lewis does not need to compete. His legacy is beyond reproach – it’s held in the highest regard, by fans, the industry, and competitors -both amateur and pro, active and retired. Yamamoto isn’t asking him to compete. Monster could care less. Lewis isn’t hard-up for cash. And between his gym, links to MMA, and his vast social media reach, competing at the 2022 Mr. Olympia is more a personal goal than anything else.

He couldn’t make his desire to compete any more open and obvious than he already has. Nonetheless, rumor has it that he’s been addressed like little more than a child, being made to wait pointlessly, leaving his special invite in limbo. Some say he should qualify, others say trust the process , and some opt to remain silent.

The fact is, just because The Welsh Dragon wants to compete now, does not guarantee he’ll want to compete in Spring, Summer, or Fall. The Olympia is back in Vegas, at the Zappos Theatre, all the way in December.

Sometimes, the Special Invite is given as a last resort, as late as after the last qualifying event. When it comes to inactive competitors, I’ve seen it given in May for the September event; however, why give a competitor like Lewis, who hasn’t competed in years, a mere three months to prepare? If we’re having the conversation in January and we know the athlete’s intention to compete, then why wait?

I believe that if given the invite, today, that Lewis would sign the contract and dive into prep. I think this would be a huge initial bump for the 2022 event, some eleven months out.

From a marketing point of view, I think this would be a huge conversation starter, some two months before the Arnold Classic. Just think about what such an announcement would do for ticket sales, air and hotel reservations, and the amount of interest it would generate for booth sales and advertising the first year back in Vegas since the pandemic hit. I, personally, think that such an announcement would have such a direct effect that we could see the host hotel sell out long before the end of Winter. On the flip-side, I think it would be unfair to overlook the points raised by those who advocate waiting. Let’s see the breakdown of their case.

For starters, one of the most frequently heard counters to offering Lews a special invite this early, is the fact that Lewis may not compte. Many of the detractors object because they feel special invites should only be issued once – or twice, at the most. They are less forgiving and understanding, even when the reasons that prevent an athlete from competing, are totally reasonable as was the case with Lewis’ invite in 2020.

Many of the folks who are advocating more of a wait-and-see approach, also believe that 7x 212 Mr. Olympia should have to qualify, just like everyone else. While I can appreciate that point of view, I think that would only apply if Lewis were the sole one to gain from competing. To them, I’d raise the Levrone and Greene invites. Did either of these guys need to compete? Did their success depend on them hitting the stage – or – was their competition more about giving the fans what they wanted? I’d argue that the answer to this, laid far more in the latter than the former.

When Levrone competed, few thought – himself included – that he could win; however, his presence created an undeniable level of buzz, which translated to more money coming in, than if he had skipped the contest. Similarly, if Flex competes that’s not going to change his standing with his sponsors, his gym, or any existing/future business deals. While a victory would certainly help him and the prize money wouldn’t hurt, either, it’s inconsequential with regards to his career and/or legacy. He could easily make the money elsewhere and even a Top 3 at the Olympia isn’t going to do much more for his resume than the sheer dominance he enjoyed for nearly a decade in a division he continues to dominate, even years after leaving it. No matter who you are or what you’ve achieved – if you’re in The 212 – you’ll always find yourself in the shadow of Flex Lewis. 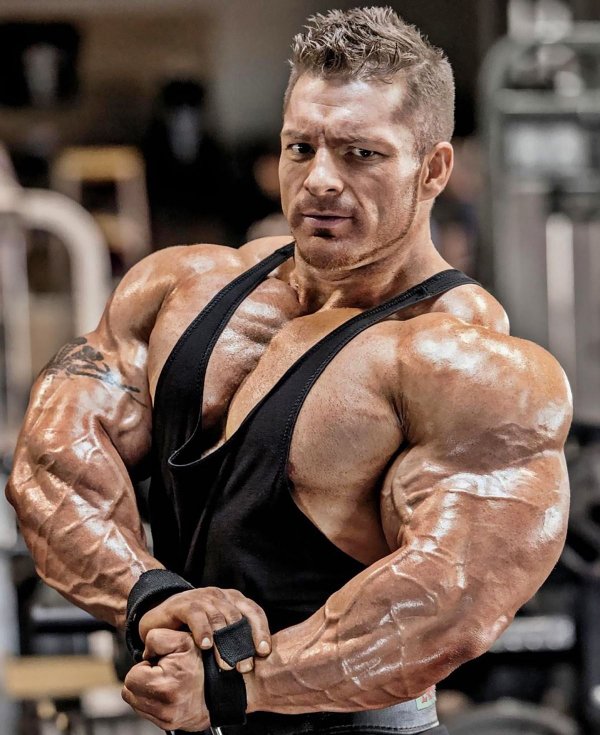 The only outcome from the ‘22 Olympia that would decisively affect Flex’s career, would be if he won. And after what Brandon Curry did in 2021, I don’t think beating Big Ramy is possible, much less likely. That said, the marketing possibilities could be extremely lucrative and the entertainment value could be out of this world, if we knew for sure, if Flex was all in, now.

Imagine if the powers that be (in Vegas and/or Pittsburgh) made it possible for Lewis to get the special invite in January or early February, and assuming Lewis accepted, I feel as if the marketing machine could spring into action immediately.

From the second Lewis accepted the invite, I could see a full fledged media machine all around him. Flex’s gyms could be the launchpads for a ton of training series. Yamamoto could have a field day, with killer workouts featuring Lewis and longtime coach Neil Hill. Plus, early workouts (from now till maybe summer) including a who’s who of guest stars.

Who the hell wouldn’t want to train with the 212 legend on his road to slaying the biggest giant in bodybuilding??? And that’s just it – Lewis wouldn’t be competing just for fun. At 100%, he may very well have the greatest chance of any other contender to topple The Egyptian Phenom!!

We could see workouts with the likes of Guy Cisternino, Jose Raymond, maybe Jay Cutler, I mean the possibilities are absolutely endless!! Then we could see Megafit Meals all over his nutrition. Every single time Lewis popped a meal into his microwave and sat down to eat, that could be a video all on its own. Imagine how many people would love to watch The Welsh Dragon eat and talk bodybuilding while they did the same. They’d chow down on their chicken and rice, prepping for their own contests, while watching Lewis on his road to Las Vegas. It would be more than entertainment – it would be inspiration!!

Imagine the marketing campaign Monster could unveil, all centered on FLEX’s comeback. Monster represents a lot more than money – they can herald in a huge amount of mainstream interest in bodybuilding. Instead of focusing on the same tired model of supp companies, meal prep outfits, and gym attire companies, why don’t we finally try to do what Paul Dillett has been doing, what MMA has been doing, and what major league sports have been all about since Day 1??

Why don’t we have car companies, energy drinks, and maybe even beer ads in bodybuilding? From Budweiser to Ford to Monster. That’s going to grow the sport like nothing else will. Ramy can’t deliver that, but Flex Lewis can. Yet here we are, sitting on our hands, wondering if he’s going to get the special invite or not. We’re told to ‘trust the process,’ but what does that even mean? I’m pretty sure Monster could care less if Flex does the O or not, but I’d almost bank on the fact that they’re probably not very amused he’s being made to wait – especially in front of the fans. That as much, I can probably rest assured, is true. If anything, the correct approach would be to court Lewis, not expect him to sit and wait.

We often think of sponsors as pushing athletes to compete at the pro shows, like the Arnold and the Olympia, but that’s because most bodybuilders have contracts with companies in the fitness industry. Imagine if we were dealing with bodybuilders with mainstream contracts. Not only wouldn’t they pressure their athletes to compete in bodybuilding events, the athletes might have to sell them on the idea of competing in these events!!

Where do you think Monster would rather have Flex Lewis promote – at a bodybuilding show or at a UFC fight night?

Aside from having to employ considerable efforts to lobby mainstream sponsors into getting behind a sponsored athlete to compete in a niche sport, then on top of that, they have to see their signed talent sit in a state of limbo for an indefinite period of time? That doesn’t exactly make these massive companies all-too-eager to buy booths, ad space, and/or push the event.

If Monster got 110% behind Lewis on his road for the Sandow, we could see one of the biggest Mr. Olympias in the history of the franchise. And that’s just one company. If Monster were in the mix, who’s to say what other companies might join in, too?! That’s the beauty of securing Flex Lewis competing 10-11 months out. The danger in making him wait, is that he’ll lose interest, and/or his major backers will ask him to work with different events. You have to remember, he’s on their payroll, so they want ROI and they want their signed talent to continue growing their following.

Everyday, more and more bodybuilding fans are asking, will Flex compete? They’re bombarding him with questions and the fact he can’t give a clear answer, is more than likely creating a world of stress on him. No one knows what goes on behind closed doors. For all I know, discussions have already taken place – maybe Lewis and WOS are ironing out the details, and they’re simply putting the finishing touches on an extravagant press conference, with all the bells and whistles ready to launch a major press and marketing campaign. There’s also the chance that absolutely nothing is happening and that nothing will happen, until God knows when.

From Flex’s last story on IG, it seems he knows as much about the status and/or likelihood of his special invite, as does the next guy.

I for one, would like to see him get the invite, sign the contract, and start his prep – now. From a recent poll I ran at StrengthAddicts on Instagram, 89% of poll takers saw no viable marketing purpose to keeping the 7x 212 Olympia champion waiting around for the offer.

Everyone is talking, the champ has expressed a good faith interest in competing, and the contest’s promoter has said to ‘trust the process.’ Could we get something more? How long does the process take? What does it entail? Who decides?

Perhaps the fact we’re growing restless and politely asking for answers, is part of the whole marketing genius of vague answers to direct questions. After all, it seems like nothing we do will move the process along. I guess it’s just one of those hurry up and wait, type situations.