Does the Hype Coming Out of Blessing Awodibu’s Mouth Really Even Matter? 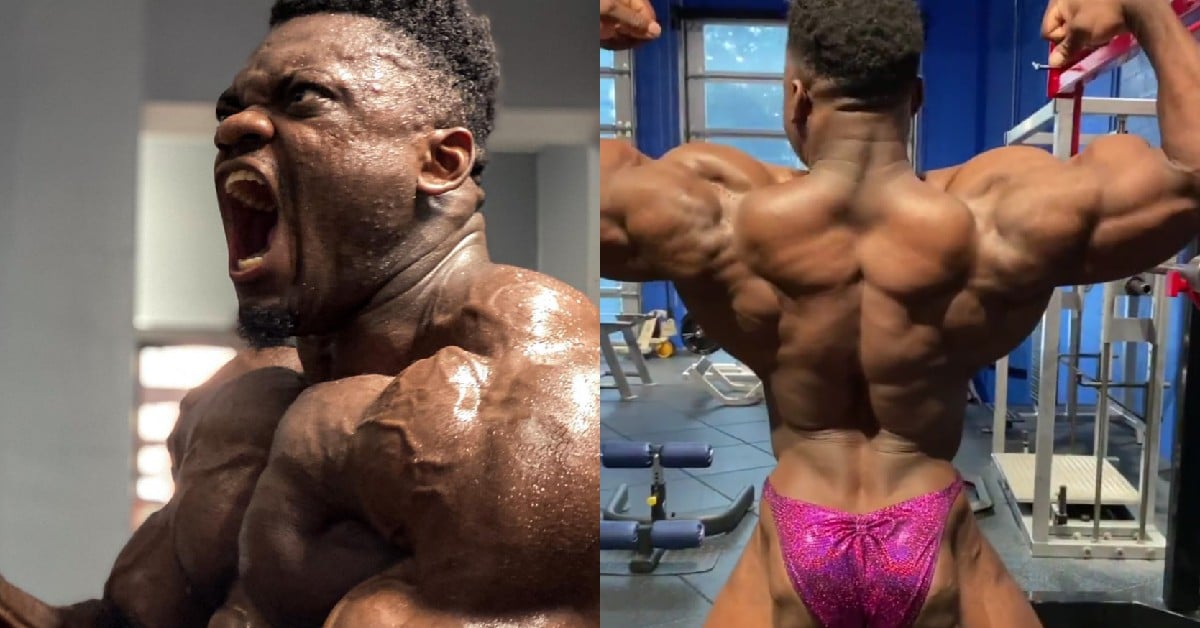 I’ll never understand why someone wins a couple of pro shows, and all of a sudden, it’s “their time.” Look, I’m a fan of Blessing Awodibu and Nick Walker, but what people are calling a “rivalry” really isn’t a rivalry at all.

While Blessing commanded the stage in his last two wins, let’s keep it real, the lineup wasn’t that deep. That’s nothing to take away from how Blessing looked because we can only comment on who actually showed up at those shows on a given day, but it’s not like Brandon Curry, Big Ramy, Hadi, or Bonac were standing there. If so, we probably wouldn’t even be talking about Blessing at all.

But for Blessing to call out Nick Walker after he won the NY Pro, all I could do was shake my head. Now, we have YouTubers all making videos about the “beef” between the two as if this is going to be anything more than a pimple on the butt of the sport that will go away in time.

Blessing Should Have Just Been Gracious with His Victory Speech

When Nick walked on stage and stood next to Blessing, it was like David versus Goliath. Nick dwarfed Blessing. And rather than being gracious, Blessing took the opportunity to call out Nick and tell him he’s ready to see him on the 2022 Mr. Olympia stage. Cool, bro. But you haven’t won a show with Olympians standing next to you. 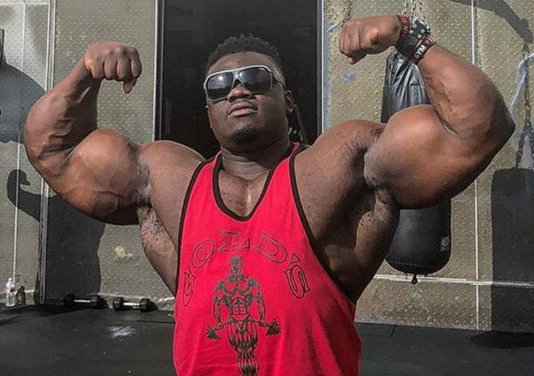 We aren’t talking about a true rivalry here. It’s simply a bunch of background noise. And this is all coming after Blessing was interviewed and cried about losing his Redcon1 sponsorship. Will Blessing get his in the industry? Sure. Will he pick up a new sponsor? I’m certain he will. But this is no Jay and Ronnie rivalry.

When I think of a rivalry, I think of two teams or people who always win and go back and forth. Neither of them is winning the Olympia, and I think they’re going to have to make massive improvements to take home the Sandow.

Put Blessing next to anyone who placed in the top five at the 2021 Olympia, and we aren’t even having this discussion. I don’t believe Blessing will even be in the top six at the Olympia this year. Nick, he has a good chance of cracking the top five.

Do you really think that any of the Olympia competitors give a rat’s hairy butt about Blessing? No. He’s not even on their radar. So, why are you barking and making all this noise when there’s a snowball’s chance in hell that you’re even going to place top five at the Olympia? What’s the point?

I look at this “rivalry” as an up-and-coming UFC fighter who wins a few fights and suddenly starts calling people out. I mean, get to the big dance and step on the Olympia stage before you start yapping.

Nick Trigili Hit the Nail on the Head

At the end of the day, and for those of you who follow Nick Trigili’s YouTube channel, he hit the nail on the head. He mentioned that when people talk trash (like in the UFC), they get to punch each other in the face, and there is a winner. Bodybuilding isn’t like that.

In bodybuilding, judges score you based on your physique, not how many punches you landed or how bad you beat the piss out of someone. If two fighters or two bodybuilders aren’t the main event, why do they think by simply “beefing” it’ll change anything, such as their placing? Everyone goes into shows to win, right? So, if both Blessing and Nick go to the 2022 Olympia and Nick places top-five and Blessing is outside of the top five, who cares? Does that mean Nick “wins” their rivalry? No one cares about that, they only care about who won the show.

In that instance, I highly doubt that Nick will go home happy that he beat Blessing. He’ll probably go home pissed that he didn’t win the Olympia and not even be thinking about Blessing at all.

Nick handled himself like a champ on the stage, in my opinion. Is Blessing playing into a “role” and not being his authentic self? Did he allow the emotions of his win to dictate what came out of his mouth while he was riding the high he was on? Maybe. But it’s not a good look.

You couldn’t help but roll your eyes listening to Blessing give his speech. It’s lip service. Go win the Arnold or Olympia, and then maybe you have a leg to stand on when calling out Nick. But going into the Olympia, I don’t believe anyone will have you in their top five predictions only makes people shake their heads.

At this point, I don’t think we’ll see Nick or Blessing in another show until the Olympia. Both will come ready to do battle with all the other competitors, and we’ll see where everyone falls into place.

All I can say is that I hope what happened on the NY Pro stage doesn’t continue on social media like it did last year. I, for one, will not be paying attention if it does. Nick is going to wipe Blessing off the map at the Olympia, and then everything that was said on the NY Pro stage will turn to crickets. You either show up or shut up.

I just hope Blessing hasn’t bitten off more than he can chew when calling Nick out. Nick will only get better leading up to the 2022 Mr. Olympia.