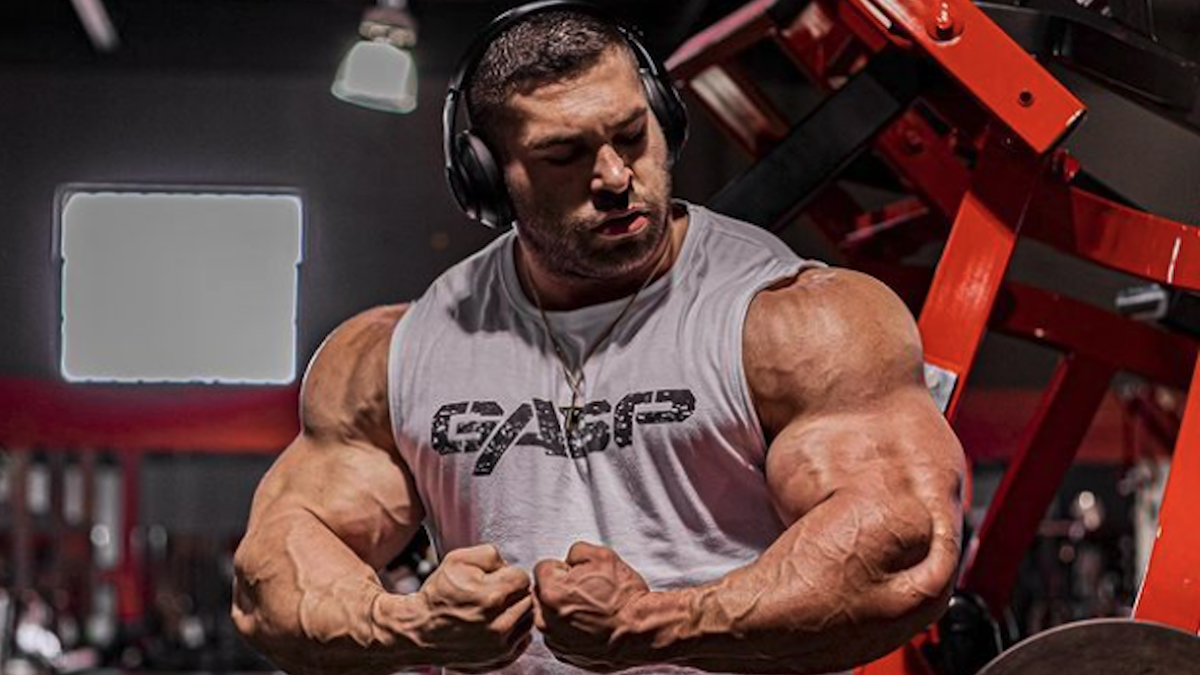 Let me start out by saying that I hate the special invite. It isn’t cheating but it isn’t far from it. Whereas every single competitor on the Olympia stage is either qualified as former Mr. O, won a pro show, or accumulated enough points by taking 2nd’s and 3rd’s, this bum with a special invite got a ticket to the big dance and didn’t deserve it.

In rare instances it’s warranted. Like with 7x 212 Mr. Olympia James “Flex” Lewis. He was the GOAT of the 212. With Shaun Clarida it would be warranted because he’s double qualified but the stupid rules won’t let him compete in both bodybuilding divisions. Pretty much in every other instance the special invite is a travesty. When they gave it to Cedric it was a blunder. When they gave it to Kai it was just aimed at selling more tickets. When they gave it to Ramy it’s because he caught Covid – what was his excuse when he got his ass handed to him by a half century old Dexter Jackson months prior in Columbus?

The fact is Ramy was the only man on the 2020 Olympia stage who didn’t earn his spot to be there and in the end he walked away with the Sandow. What a joke! So now the talk around the water cooler is that 2021 212 Mr. O Derek Lunsford will be getting a Special Invite to the 2022 Open Olympia. What a BAD MOVE that would be. But you just watch – it just might happen. Why? Ticket sales! Ticket sales! Ticket sales!

The Olympia didn’t generate huge profits while in Orlando. I don’t have access to the numbers and maybe I’m talking out of my ass, but think about it. In 2020 the event was moved at the last minute from Vegas to Orlando. The expo was a shell of what it normally was. In 2021 the event was bigger but it was still not what it once was. These years couldn’t have been anywhere near as lucrative as they’ll be on the Las Vegas strip. Not only that, this is the Superbowl of Bodybuilding. Even if the previous years didn’t generate big returns, it’s every year’s goal to make big profits. After all, there’s love of bodybuilding but there’s also the business side of the sport.

Derek Lunsford battling guys like Brandon, Hadi, and Ramy will generate huge buzz when it comes to VIP packages, PPV sales, and quite possibly booth sales and expo attendance. When Lunsford hit the stage at the Pittsburgh Pro – jaws dropped! He brought insane size, insane separation, and posed like a man determined to beat anyone and everyone in his path. He was also in the 260’s LEAN! This is what prompted so many, including Dan Solomon, to flirt with the idea of Lunsford not having to drop huge amounts of weight in order to compete in The 212.

Derek’s health is certainly a concern especially after other bodybuilding greats have succumbed to early deaths and serious health issues in the recent past. I applaud Dan because I believe his heart is in the right place, but Dan is also a shrewd businessman. He knows the value Derek brings, from the youth factor to the underdog role he could easily play. That said the talking heads insist the invite will never happen. In fact Sugar Shawn Ray and Bob Cicherillo have opined that it’s unlikely to take place. Desktop Bodybuilding and other media outlets took note of the Chief Olympia Officer stating he would look at the matter more closely in direct consultations with Jake Wood, Jim Manion, and Tyler Manion. Just the fact that the conversation will be had at that level suggests it’s a strong possibility that it will happen. 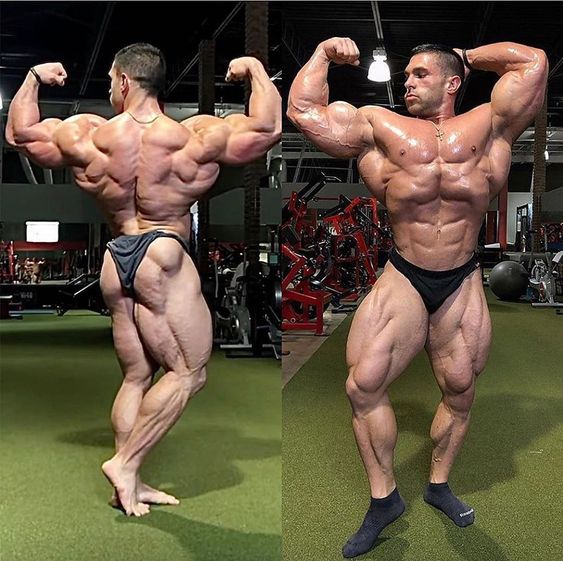 Those guys don’t just sit around to bullshit. Anything that’s presented at that table is something of the utmost importance and is being reviewed very closely. The fact Derek used Pittsburgh as the stage to unveil his new look is also very strategic. He was basically a few feet away from the most powerful people in the sport of bodybuilding. The Pittsburgh Pro is second only to the Olympia and quite frankly maybe above the Olympia when it comes to the number of heavy hitters that are present. Big names from all over the world and from every era come to that contest to show respect to the President. Oddly enough the reigning Mr. Olympia skipped the event and didn’t think to make his bullshit apology video till 10 days later.

A lot of people say Big Ramy is done. What if Derek got a special invite and what if Derek was Mr. Olympia in 2022? What if he won the title without earning the right to compete on that stage – just like his predecessor? What a SAD STATE OF AFFAIRS that would be – don’t you think? What kind of example would that set to the rest of the competitors?

Could a 100% Derek beat a defending champion whose stock is in the gutter, who maybe comes bloated and unimpressive like he did in 2021? Sure he could! But if he’s going to tip the scales at over fifty pounds above the 212 weight cap why not do things right? Why not find an open show – even a 2nd or 3rd tier one and qualify? Why go to Pittsurgh looking like that and then just sit around hoping a special invite comes?

That’s almost like panhandling. I mean he might as well find a piece of cardboard and write “please invite me to the O” and then stand at various intersections in Pittsburgh hoping Jim or Tyler drive by and see him. 😂

But seriously if he qualifies now and preps for the next 2-3 months he could be a top contender. He would have a legitimate shot at the Top 3 and anyone in the Top 3 can win the whole damn contest! I just hope that no special invite is being thought up and even if one is extended, I hope Derek declines it, and gets to that stage based on his merits not a handout from Dan, Jake, Jim or Tyler. This is the Mr. Olympia after all not the Salvation Army.

Derek has all the tools in his arsenal to stand with the big guys. In reality, if he stays at this current look then he’s a “big guy” too. He also isn’t afraid to diet. He knows how to train the correct way and despite his youth he’s become a very experienced poser. He knows how to show off his strengths and he’s very good at downplaying any weak points. Moreover he’s a guy who can go the distance even during the most rigorous comparisons.

Also as a 212 Mr. O he has the confidence that a lot of the other guys on that stage do not. With the exception of Ramy and Brandon, none of them hold an Olympia title. They haven’t the faintest idea what it’s like to be the #1 guy. While some might say the Olympia is just a title or that it’s just a trophy – I’d scream “the hell it is!” Being a Mr. O gives you incredible drive and determination and for Derek it’s also about making history.

In my opinion James “Flex” Lewis could have won the Mr. O and he didn’t need Ramy or Brandon to be off to do it. In fact they could’ve come in at 100% and if Flex was at 100% – it could have gone 3 different ways. I believe Lunsford wants to do what Lewis wasn’t able to. Whereas with Lewis there was a lot of foot-dragging to extend him a special invite in 2022 I think there’s one with Derek’s name on it as we speak!!

Again I just hope that if Derek wants to do the Open that he qualifies. If in fact he plans on doing 212 then his 50lb muscle gain seems incredibly bizarre. This isn’t like when Lee Priest would balloon up on KFC and ice cream. Derek isn’t a fat 260, he’s shredded!! It would make zero sense to get that big and that impressive just to come back down in weight in five months. Plus losing muscle is a lot harder than losing fat. It would be absolute chaos to do that to himself. I think it’s obvious Derek is done with the 212, the question now is, what’s next?

Newer Post
Micheal Krizo To Compete In The Pro League?
Older Post
Workouts at the Beach to Keep You Fit During Your Vacation