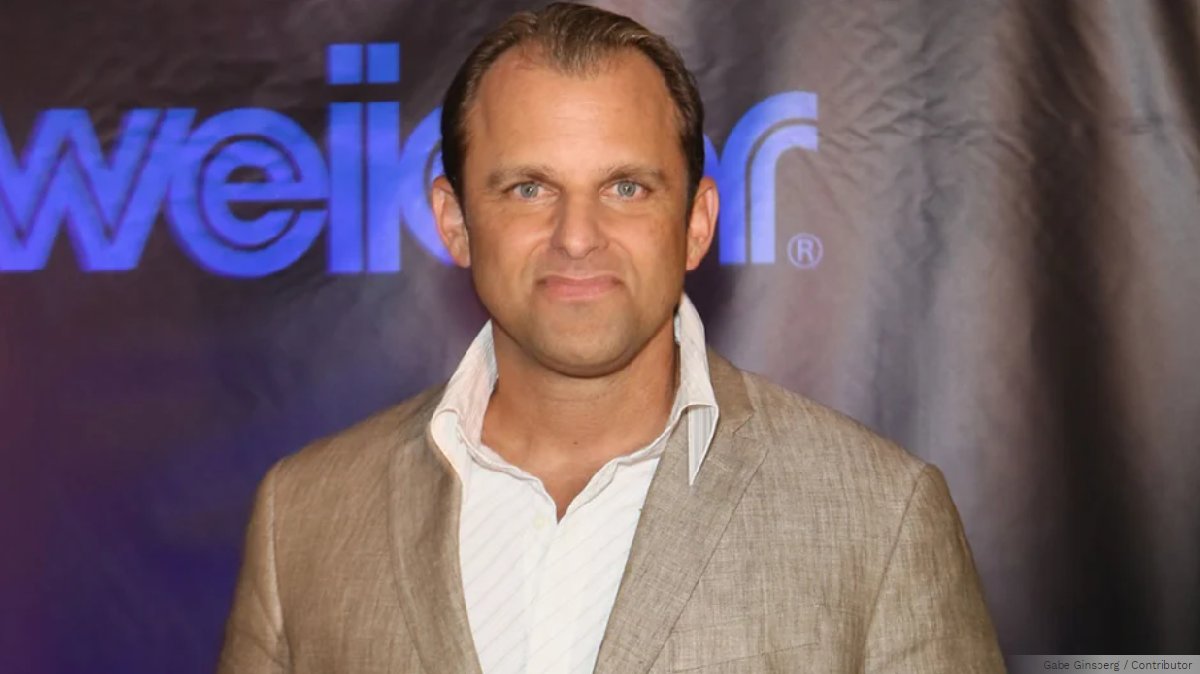 Originally I’d wanted to write an article on Dan after seeing a portrait he posted with the late great Joe Weider. I thought the artist did a fantastic job and the piece really spoke to me. Dan has done so much for the sport that I wanted to pen an article about him. I asked him if it would be ok to use the painting for the article and he said it was fine. The fact is when you look at it you begin to understand just how many amazing people are involved in this sport we all love so much.

There’s so much time and effort that goes into this that it’s mind boggling when you stop to think about it. I think a great many – myself included – take a lot of it for granted. That said I’ve been around enough to have seen shows built up and torn down in the course of 48 hrs. There’s scaffolding, lights, sound and more. There’s any number of duties that must be done in order for a contest to run smoothly. That said, that’s just game day. For a contest like the Olympia, planning starts the day after the show for the following year. You’ve got the best of the best involved and it has to be absolutely perfect. From thought to execution everything is carried out flawlessly. And that’s not to say these folks don’t make mistakes but when everyone is working as a team things get resolved. That’s why when someone buys a ticket and sits in the audience they’re just wowed from start to finish. And the man who oversees all of that is Dan Solomon. He’s not a Monday to Friday kind of guy. He’s 100% a family man and makes them a priority but his work for the Olympia never stops. He’s always got that on his mind. So much so that the inspiration for this article went from the painting to Dan’s phone call with Big Ramy. So as it turns out this article was inspired by two events both showing Solomon’s level of commitment to his work in the fitness industry.

When I look at the painting featured in this article it makes me think about where the sport of bodybuilding came from and where it could go. It also defies theories that you need to have come from a family in the sport or that you have to buy your way to the top. In pretty much any sport or industry if a richy rich wanted to become active everyone would greet him/her with open arms. It wouldn’t be because they were necessarily good or even nice people, it would be because people wanted their money. Whether it be to sponsor events or buy advertising or simply just to take it. Seeing what Dan’s accomplished and the fact he’s giving motivational speeches at events is proof positive the bodybuilding community has embraced him. He is one of the most liked people in the sport but he didn’t come from a family that’s been involved for generations. He also didn’t buy his way in.

Everything he has – from the positions he’s held to the role he’s currently in – has been the result of hard work. He’s never burned anyone or stolen their thunder. He’s not the gossip type and he’s also not of the passive aggressive lot either. He’s a man’s man who’s not afraid to disagree with you but who knows how to effectively communicate. When I tell you that I don’t know of a soul who’s got a bad word to say about him, I’m telling you with my hand on the Bible. I have never heard anyone say they don’t like Dan Solomon and that’s truly icing on the cake because no matter how great of a person you may be it’s become inevitable not to have haters in 2022. Maybe it’s because the devil likes idle hands and people are glued to their phones and social media. Maybe it’s because there’s more people than ever coming to the table, wanting a slice of the fitness pie, and it isn’t getting bigger. If anything it’s getting smaller!! Even still even among all the have-nots I still couldn’t name one person who doesn’t like Dan. Like I said, the fact he’s so loved and the fact he’s so successful is truly icing on the cake. 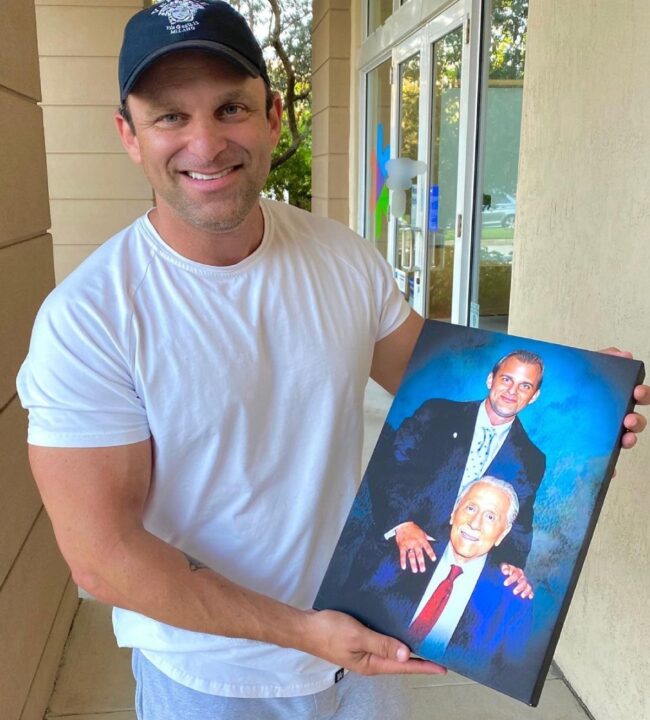 Folks should also take pause and try – I stress TRY – to comprehend how important communication is for what Dan does. On the one hand he oversees the planning and execution of the Olympia Weekend, but he also has to be a diplomat. He’s like a combination of Winston Churchill, Frank Costello, and Joe Weider. He knows how to get people to work together and he’s a master when it comes to conflict resolution. He’s able to break bread with Shaq, The Rock, Kai Greene and Big Ramy. He was able to dialogue with the likes of The Weider’s, Arnold, and The Manions. He’s Jake Wood’s righthand man but even that doesn’t do the association justice.

This is a guy who’s always thinking about projects but who’s able to display a very relaxed, almost leisurely disposition. I’ve interacted with him online, over dinner, and even at shows and he’s always very much in control of his situation and always seems very chill. It’s almost frightening to someone like me because I’m the complete opposite. While I’m always thinking about a million projects my stress sometimes totally consumes me. I feed off of it though and do some of my best work under pressure and quickly-approaching deadlines, but the emotional toll is not worth it. And unlike Dan, my stress sometimes is quite visible. A great deal of Solomon’s success could be attributed to the fact he makes people comfortable, especially the powerful people he works with. By presenting a cool, calm, and collected demeanor people like Jake probably know Dan’s the person who can get the job done.

In addition to communicating with powerful people, Dan also understands the media. Not only did he work for a number of publications he started his own hub in Digital Muscle. DM was so big that it commanded a who’s who of staff writers and would ultimately be purchased by Jake Wood. Once that happened several candidates (myself included) were considered to run it, with “Sugar” Shawn Ray ultimately getting the gig. It’s safe to say that Solomon understands the media and he understands the critical role it plays in the promotion of a successful bodybuilding contest. He especially understands and respects its role with regards to promoting the Olympia Weekend.

This is important when it comes to his relationship with media outlets, from StrengthAddicts to EVOB to RX and MD. The fact is you can call the media any number of things (e.g. writers, journalists, content creators, etc) but in the end the one common denominator is that we’re under-appreciated and often done wrong. Dan corrects that through effective communication and making it as to where harmony reigns supreme. Keeping the media happy is one less fire to put out. The key is to move forward, not settle for complacency and definitely not regress. Whereas it’s just another pissing match to many promoters, Dan rules with the best interests of the project not the ego complexes of the individuals involved. This is why he’s promoting the Mr. Olympia and not some level 1 show in po-dunk USA.

Media is also important because Dan gives plenty of interviews and also is friends with many journalists. This again comes with a great deal of experience and wisdom. He knows who he can speak to “off the record” and who he can’t. He knows what to expect from certain interviewers and I’d bet he could see an ambush a mile away. The media will always want to get to the bottom of things. After all, that’s why we’re factfinders – it makes our heart race; however, it’s very much like that exchange from A Few Good Men when Tom Cruise wants the truth and Jack Nicholson says he can’t handle it. We all want the truth and we all want it now, but the truth comes in due time. Here we go back again to who he can talk to “off the record” with and who not. If God forbid he ever miscalculated he’d have only himself to blame. The media person can always fall back on that it’s not personal but work. It’s a slimy rebuttal to betrayal but it’s what slimy people would say. To date Dan hasn’t been burned, but luck has had nothing to do with it. It’s all experience and intuition. Bodybuilding is like New York. If you can make it here, you can make it anywhere! No one who’s truly seasoned in the fitness industry can ever get played, especially not the Chief Olympia Officer.

Another key area where Dan shines is his rapport with the athletes. Past Olympia promoters were held at arm’s length by the pro’s. They were viewed as suits, not friends. With everything we’ve said thus far, Dan’s a great communicator and he’s all about relationships, but he’s no pushover. The athletes aren’t asking for handouts. They simply want to know where they stand. If they ask for something, they want a definite answer. And that’s what Solomon provides. He also knows when it’s time to reach out to certain folks, maybe Big Ramy or maybe someone else, when the times call for it. Whether he’s trying to figure out Phil Heath’s next move, whether Kai Greene would come back, or if Ramy plans on doing the 2022 Mr. Olympia, it all goes back to Dan being the senior statesman of the sport. In many ways, I think of him as the Prime Minister of Bodybuilding.

What Dan has accomplished and what he will accomplish in the future will undoubtedly grow the sport, grow the Olympia Weekend, and bring countless new fans to the fitness industry. Cheers Dan!