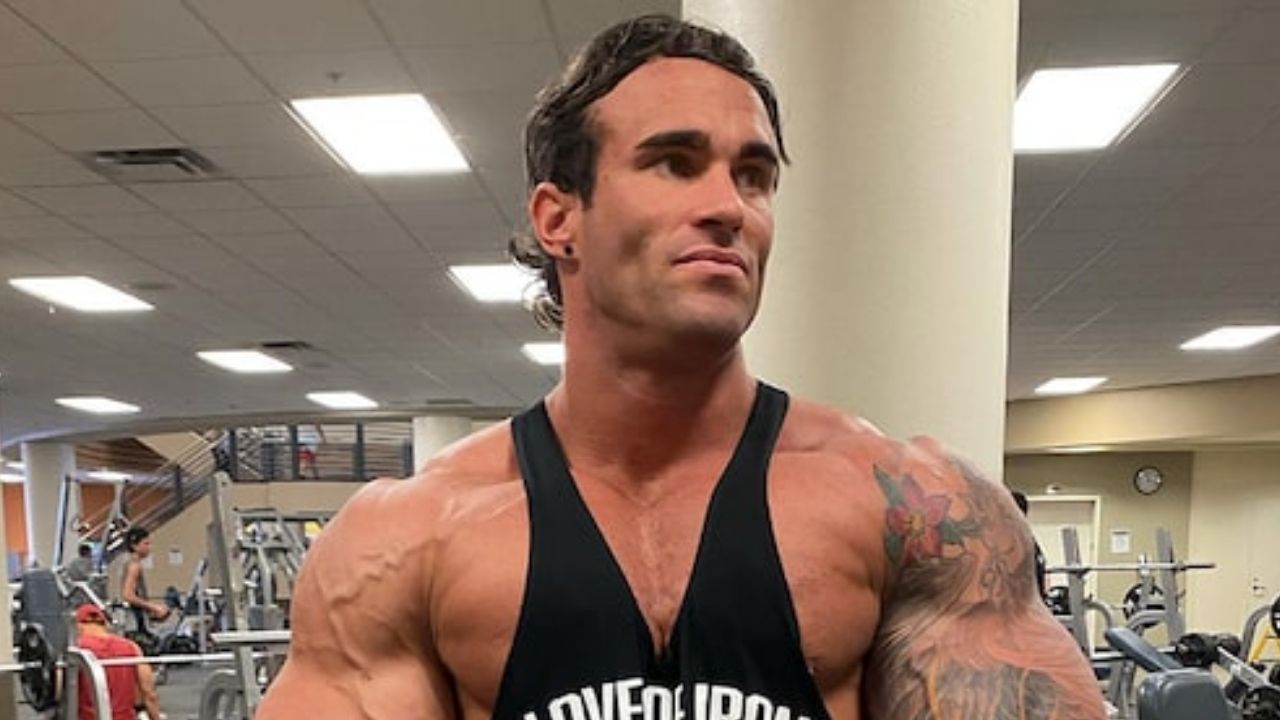 It’s been a minute since we heard any updates about Calum Von Moger. From the looks of his Instagram posts, it seems like he may be on the right path, though (fingers crossed).

A few weeks back, videos surfaced that showed Calum Von Moger high as a kite out with friends drinking, vaping, and who knows what else was in his system. It doesn’t take a detective to look at his pupils and mannerisms to know that something was a little off. Was he back to his old ways of drug abuse? Some could speculate.

The fact of the matter is that we have witnessed the rise and fall of one of the most gifted humans ever to enter the fitness industry. Was Calum Von Moger the best bodybuilder out there? No. Was his physique worthy of accolades? Without a doubt. This kid had the world by the balls and his trajectory, had he stayed on the right path, looked to be astronomical. After all, the honor of playing Arnold Schwarzenegger in a film should have been enough to solidify his physique in the industry.

But the universe seemed to have other plans for Calum Von Moger, or maybe he simply couldn’t stay on track without a few detours along the way that have led us to where we are today and his backstory.

While Arnold was from Austria and Calum from Australia, you could argue that Calum was, indeed, the closest look to Arnold out there (which makes sense why he was hired to play the role of Arnold in the movie BIGGER. Some even called him Arnold 2.0.

At the age of 32, Calum Von Moger is considered an adult, but he’s truly a kid at heart. Not many people in their 30’s, you could say, have childlike tendencies. Calum is someone who just wants to live his life and have fun.

Unfortunately, the fun he had in the past has gotten him into quite a bit of trouble. Do I think Calum Von Moger is a bad person? No. Do I think he’s made some really bad choices in his life? For sure — I don’t think anyone can debate that.

This kid simply couldn’t catch a break during his competitive career and suffered injury after injury, not allowing him to truly reach the level on a competitive stage that we all expected to see him at. It’s safe to say that we all had huge hopes of seeing Calum Von Moger on the IFBB stage hitting the classic poses.

The guy has insane genetics that most would sell their soul for. Many commented about his good looks, hair, accent, etc. But it’s probably safe to say we’ll never see Calum Von Moger compete ever again. And that’s ok, so long as he can do something constructive with his life (which has, unfortunately, yet to be seen).

These quotes and statements are very much the truth, and you’ll probably agree if you take a step back and analyze your own life and even career.

Did Calum Von Moger get caught up with the wrong people and friends? Did he let fame get to his head? Or did he choose the life he’s been living the last several years? Is there a mixture of things that ultimately became his downfall? I think the latter is the case.

When Calum was experiencing one injury after the next, I’m sure he was on painkillers to deal with the injuries, surgeries, rehabilitation, etc. This may have been the beginning of the downfall. It’s easy to get hooked on painkillers, especially when you experience one injury after another, as Calum did. And I’m not saying for certainty that Calum was addicted to painkillers, but I could see it being the beginning of his downward spiral — many before him have gone down that very same path.

One thing leads to another, and when you’re hanging around the wrong people, they may push you to do things that you’d otherwise not want to do. Again, I’m not saying Calum Von Moger was using drugs, but if you read the news articles about Calum, it points in that direction.

I’m not here to say I know Calum Von Moger. Heck, the kid probably doesn’t even know who I am. But I truly want to see this guy get back on his feet. I don’t even care if I ever see him in the fitness industry ever again. However, the direction he has been heading the last year would have put most men in an early grave — and Calum has had his share of close calls.

Get Help, Get on Your Feet, and Continue Your Story

I could be like everyone else and completely give up on Calum Von Moger. And honestly, for a little, I was at the point where I thought whatever was going to happen to him was going to happen to him — and it would be 100% his fault. But I’ve seen friends and family members end their lives due to depression and suicide. The only thing that comes from that is pain and suffering for all of those who knew the individual.

Personally, I don’t want to see Calum’s story end like that, and I hope the incident where he jumped out of the window was a wake-up call for him. There aren’t many people who would survive what he did, let alone be able to get up and walk a few weeks later.

Calum Von Moger clearly has someone watching over him, and he obviously has some unfinished business to take care of in this world. I just hope he can sit down, get clean, own up to and fix his mistakes, and move on as a productive citizen in this world. It may take him cleaning house and eliminating the demons that are holding him back, but if he can do that, Calum is destined for greatness. Your darkness is just as important as the light. But knowing how to navigate both is what makes the difference.