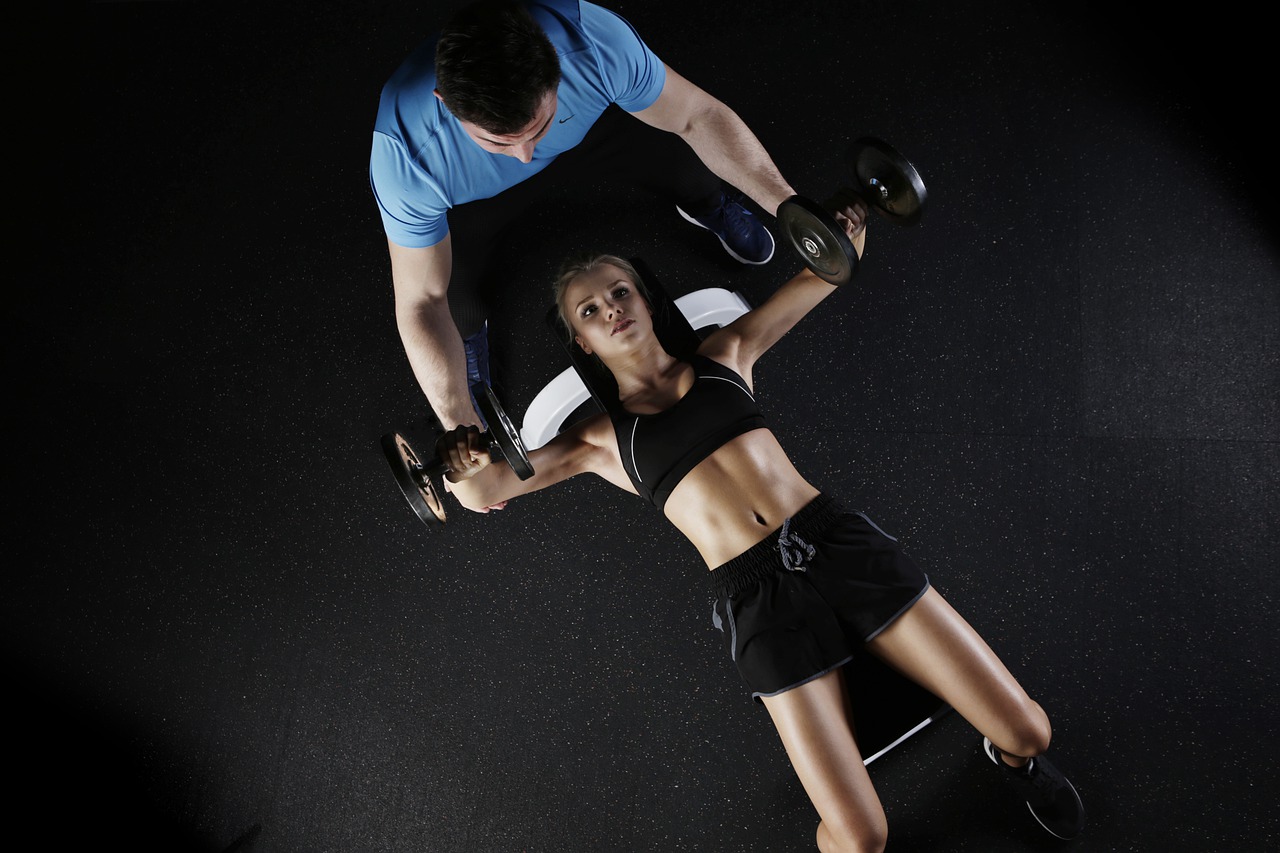 I have a world of respect for the work coaches in bodybuilding and fitness do. There are a number of misconceptions, ranging from them all being rich, to giving out cookie-cutter plans, to never taking the blame. I can tell you – categorically – that much of what you think you know is wrong. Coaches get burned all the time, whether it’s competitors hopping from one to the another, getting stiffed on payments, or being blamed for outcomes totally out of their control.

We’re at a point in time when a lot of competitors think they know everything. They will second guess coaches, take advice from other gurus, and then have the audacity to play the blame game.The fact is some of the blame rests with the competitors who deviate from their plans, but a lot of it also comes down to coaches who actively poach others’ clients. Many of the folks who I’ll refer to as ‘the bad coaches’ are quite stealthy. They will go out of their way to show support but it’s done with an ulterior motive.

Whereas there’s the poaching we all know about backstage and/or in the gym, there’s the far stealthier and more deceitful variation. This comes in the form of compliments, vague critiques, and strategic public comments. The poaching game has become far more subtle and as a result far more persuasive. Many of the coaches who have to steal from others have become keen to the soft sell. That’s to say they don’t actively try to meddle. They no longer try to lure away. The new approach is to befriend and have the mark (target client) come to them.

Let’s run through some typical situations where modern day poachers emerge. The goal of this article isn’t so much to sound the alarms for competitors. Unfortunately, if you get duped you get duped. It has ZERO to do with intelligence. I’ve seen doctors, lawyers, and college professors who happen to compete get duped. Again, as a competitor you’re in a vulnerable place. Everything you’ve accomplished in your non-fitness life is fine and dandy, but you’re wanting to start anew here. You want to climb the ranks, you want to be recognized for your efforts, and you want to know that whatever you’re doing makes sense. If you fall short, you want to blame someone. That’s just human nature. But you also have to realize that being so new some of the things a good coach might have you do may not make sense given your limited knowledge but they do make sense given how your body will respond. In any event here are some pretty common scenarios.

In the first scenario you might have a competitor who’s sticking to their plan but not seeing results. Perhaps strength isn’t increasing or maybe the scale isn’t moving. The thing is you can lose fat without losing weight. Remember muscle weighs more than fat. Nonetheless, while your body might be recomping you might go on Facebook and whine about a diet that’s not making the scale move.

An honest coach who happens to be your friend might raise the recomp point or might simply tell you to trust the process. A bad coach that’s your “friend” might like your post, but perhaps use a sad face or shocked emoji. While that’s super subtle, a frustrated competitor will pick up on that. If that type of emoji-like is used on more than one or two posts, it may very well plant a seed of distrust in that person’s psyche for their coach. If a “disinterested friend” who happens to be a respected coach is subtly agreeing, that could be perceived simply as caring. It might also spark off a DM, it might compound existing frustrations with the current coach, and it may also lead to that person firing said coach. The bad coach never actually said anything but by simply picking an emoji that more or less validated the competitor’s rant(s), they have enabled that competitor to second guess the existing coach, his/her plan, and in a very real way encouraged that person to switch gears.

Another scenario could be had when a competitor does well in a show but maybe doesn’t win their class or the overall. If a competitor complains that the final 48 didn’t make sense, a bad coach might then go on a fishing expedition to A). learn what the existing coach did, and B). throw shade on whatever that was. Even if he/she would have done the exact same thing, the goal is tell the competitor what they want to hear. In their mind the existing coach is in the wrong so if the poaching coach simply agrees and compounds that anger, they don’t even have to offer their services. Their “support” will win over the competitor. Again, this has nothing to do with intelligence. Competitors, particularly those who have been competing for a year or less, make for easy prey for bad coaches. These folks go out of their way to seem disinterested and some may even turn the competitor away a few times before allowing for said individuals to hire them

In another scenario that I’ve seen play out more times than I can count, a poacher will get a competitor to leave a great coach only to send them to a bad coach. Why would a poacher not want to steal the client whose frustration they’ve directly helped feed immediately? Well because the psychology angle really plays the part of being disinterested in caring without any strings attached. There are coaches who have poached the vast majority of the existing clients from other coaches.

Once the good coach is out of the picture the client wants to go to them but they’ll turn them down at least once. If I’m lying I’m dying. I’ve seen these con artists send a distraught and frustrated person to a coach that’s totally clueless. I’m talking about the absolute buffoons of the industry. These coaches are so bad most competitors won’t last a full prep with them and if they do, they most certainly won’t be back. Once the competitors have left the good coach and have hit a wall with the rebound coach, they’re at their wit’s end. They come to the point where they’re practically begging the bad coach to make room on their roster for them. Ultimately the poacher is doing the competitor a favor. They’re not luring the person away. In fact they’ve tried to push the person away – or at least that’s how it appears.

Also keep in mind that this poaching style isn’t done behind closed doors or in DM’s, rather, it’s all done publicly. It’s almost like a not-so-subtle courting ritual.

In many cases the caring, disinterested friend who just happens to be a coach will win over the hearts and minds of other competitors that are following along. Don’t for a second think that which emoji you pick doesn’t make a difference. As vulnerable as all competitors can be at one point in time or another, they are always detail-oriented. They notice comments, likes, and reposts. A sad or shocked emoji from an established coach will make the rounds. People pay attention to everything and unfortunately there’s not much a coach can say to a client to deter them at this point. I mean how ridiculous would it be to make a case for poaching based on an emoji? This is partly why I wrote this article. While it seems crazy, it’s really just the latest low that greedy coaches are stooping down to. Whether they are directly poaching or using various elements of psychology they will do whatever it takes to fatten their wallets.

The good coaches let their numbers speak for themselves. They’ll point to the number of pro cards they’ve won or the number of pro wins they’ve racked up. The really good coaches don’t encourage feelings of insecurity in other gurus and they don’t seek to undermine other coaches. The best of the best have a strong sense of right and wrong, of doing unto others as they’d like others to do unto them. The great coaches know their work is noble and they have respect for their colleagues. While everyone has a different approach, it’s about what works and what doesn’t. Anytime a client second guesses a coach it’s like a ticking time bomb. They’re doing things not on the plan and the coaches have no idea why the results they’re striving for aren’t becoming realities. They then tweak the diet, the training, and/or the supplements. The great coaches are able to figure out what’s going on, but even there it comes down to honesty. The problem is bad coaches don’t have any.

My hope is that good coaches use my article as suggested reading for existing clients who they think might be getting hustled. It might also serve as good suggested reading for former clients who got duped and who could really stand to see where they went wrong. The bad coaches are just in it for the money. A great many of them can’t even coach to begin with and competitors don’t come to find this out until it’s too late.

Competitors, be careful out there, and if you have issues with your coaches TALK TO THEM! Don’t fall victim to poachers. Some will make themselves known immediately and others will lurk and be subtle. However they decide to play you, a coach who poaches, is not the coach for you.