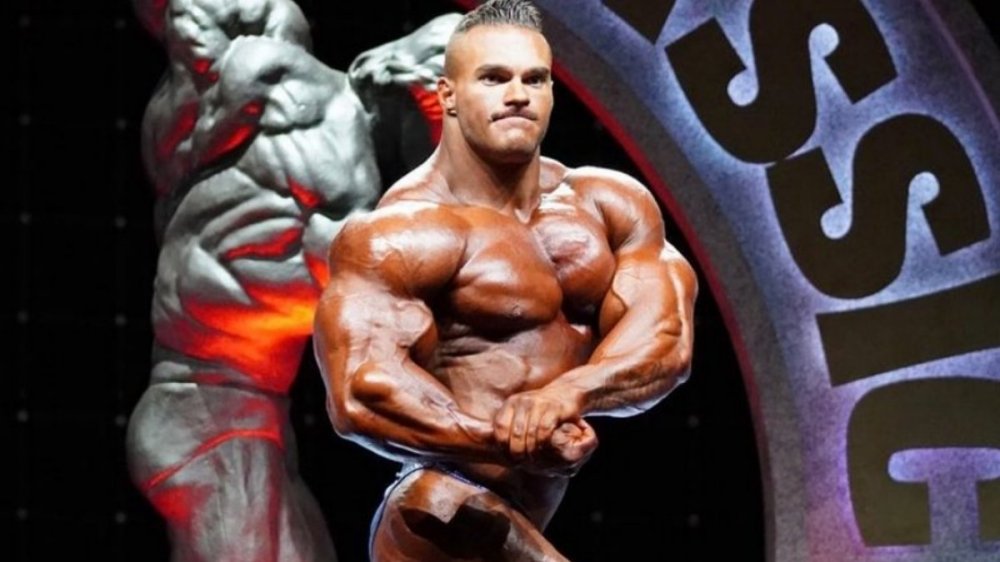 The Mutant, NIck Walker has always been said to be a future Mr. Olympia. He joins the likes of guys from Justin Compton to Kevin Levrone. He’s in good company, but how many pundits truly believe he could pull off the unthinkable, bypassing Curry, Choopan, Bonac and rising stars like Hunter Labrada, by storm? To be honest, that’s few too many what-ifs for me, but for a lot of people, the chances of Ramy losing the title to a larger-than-life Walker, are credible. At the end of the day, these are just opinions – theirs as much as mine; however, I’m the guy writing the article so lets get to it.

Do I like Walker blocking me for being objective? No. Will I allow that sour note to cloud my judgment as a writer for Iron Magazine? No. When I say I don’t think Walker is ready to be Mr. O in 2022, it’s based 90% on reality. The fact is, Ramy’s shape isn’t too pleasing and Walker’s even less. Right now, we’re stuck with Ramy, and I use that terms because last year he looked like garbage, but still won. I also say it because he shows absolutely no interest in social media or making appearances all over the world like his predecessors did. In fact, I think The Egyptian Phenom skipped the President’s show in Pittsburgh. I’m sure he had a good excuse, but it’s the President’s show – who misses that? Maybe someone who knows he’s going to be champ no matter what. When Brandon beat him last year, they still gave it to him, so what makes anyone, Nick included, think that they will be able to topple the soon to be 3X Mr. O?

I have always said that bodybuilding is about aesthetics, condition, and presentation. It’s not a muscle-building contest, it’s a body-building one. There is a difference. There are guys who literally couldn’t put on another once of muscle. They don’t have a look that flows, it’s just muscle on muscle. They look more like juiced-up cattle, than humans. Then there’s other extremes where guys are so ripped they look like they’re half dead. Others go to the extremes with vascularity, weird haircuts, or silly outbursts, hoping someone influential will bless them with a catchy nickname and they’ll go viral.

The fact is, there’s guys who are prepping for shows, but they could care less how they place, they’re there to impress the fans – in the venue and watching at home on social media. There’s a huge sub-group in bodybuilding that’s obsessed with mass. If it were up to them, competitors would have hanging muscle tissue, barn door lats, and everyone would rock 24” arms, COLD! These folks don’t care about shape or flow – some are even impressed with the nutcases in Brazil shooting cooking oil into their arms. It might not be muscle, but it could pass for it enough, as to where muscle aficionados find it interesting.

When people tell me Nick Walker can win the Olympia handily, I think of the aforementioned muscle fanatics. That said, they also have their standards. Many were huge supporters of Ramy during the middle part of the last decade. At that time, he was pushing the limits on the scale and coming extraterrestrial lookin. He didn’t look human. He had these massive wheels, torn up and shredded condition, a massive back, and pretty intense front. He wasn’t winning the big shows, but he was hungry. He was coming in ripped and he really had something to prove. Today, he comes in holding water, his heads in the clouds until the moments before Chick announces the winner, and then he hunkers down all year in Egypt. The muscle maniacs see this as betrayal. The guy who they all epitomized as the pinnacle of beastlike proportions is merely coasting along. This is why this group is pushing hard for Walker to become the true #1 contender.

Once again, the true #1 contender is the runner-up at the previous year’s Olympia. A second school of thought seems to argue that the winner of the current year’s Arnold Classic, also has a claim to be the #1 contender. Interestingly, Brandon Curry was the 2021 Olympia Runner-Up AND he won the 2022 Arnold Classic. AND…, many people believe Brandon won the 2021 Olympia. Therefore, if Walker gets a level of fanfare comparable or greater than Curry’s, it would seem completely outrageous. Not only wouldn’t Walker warrant the attention, but it would suggest that other equally decorated champions (e.g. Bonac, Choopan) would have an axe to grind. If they have the titles and they have put in the time, they would be most unappreciative of being overlooked. Still, as fans we can agree to disagree. It seems like Walker fans are creating a huge show of force, particularly on message boards, some of which they’ve resurrected from seeming death, just to fly The Mutant’s flag. I really can’t knock them for it, after all, it got my attention and here I am writing an article about it.

One of the best things Nick has going for him, is his hardcore fanbase. Whenever he goes to an expo, a posing seminar, or just walks among the audience at a bodybuilding show, Walker gets totally mobbed. Lines form out of thin air, with folks wanting to shake his hand, get a high-five, or take a selfie. Unlike Ramy, he travels often, and although he may not engage in prolific conversations, he’s a real guy who speaks from the heart. Love or him hate him, he’s been in the game long enough to have crafted a good rapport with fans all over the country and around the world.

Fans on this level are loyal, they spend money, and they listen. Every bodybuilder who’s a pro, has a few fans. The higher up the rankings and the more buzz you generate, the larger your group of fans gets. Some fans can be more generous than even a main supplement sponsor. Others will become full-time 24/7 cheerleaders for the bodybuilder. That type of fan is gold in the industry and Nick has managed to get quite a few of them from the press. I have, personally, seen jacked bodybuilders melt into putty when they talk to this dude. It’s like they’re in love with him. I don’t mean sexually, rather, they’re muscle freaks. They see him and they just go nuts, and want to help him. They’re everywhere, they’re loud, and they just won’t go away.

All of that being fine and good, I like Nick, and I think he’s a great bodybuilder. I certainly don’t want to offend his fans. When he posed at the Pittsburgh, just a week ago, I saw a big guy, but nothing impressed me. In fact, every time Derek Lunsford stood next to Nick Walker, I’d find myself glancing over at Lunsford. He impressed me WAY more than Walker, and Derek might be the one who comes out of nowhere and wins an Open O. But the muscle freaks and Walker fans might argue that if you want aesthetics and art, go watch Classic. They might say bodybuilding is by and for the freaks and they might have a point. They say he can, I say he can’t, but what do YOU say? Can Nick Walker win the 2022 Mr. Olympia by toppling Big Ramy this December, in Las Vegas, NV?