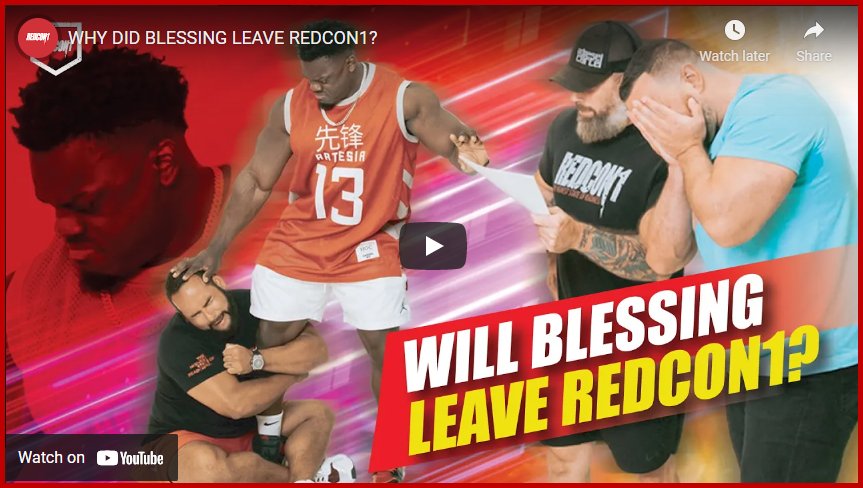 If you want to be a pro bodybuilder you absolutely must be able to make a living. The sport is way too time consuming to be able to do anything else. If you’re a top guy and you’re winning pro shows you need to have certain basic essentials covered. You have to have enough revenue to secure a place to live, transportation, and food. You also need to have your supplements covered and you have to have financial support to be able to compete on the biggest stages in the sport. You need to have a gear hookup and hopefully you’ve got your health on point. After all there’s a growing number of legends that are leaving us way too young. This is because the competitor’s health has been overlooked. A lot of guys may look indestructible but they’re falling apart inside.

Everything costs money, lots and lots of money! Let’s also concede some points, when you’re 260lbs jacked there aren’t a lot of jobs you can do. While it’s true that you should never judge a book by its cover, most corporate jobs won’t hire someone that looks like a cartoon character. Is that discrimination? Of course it is, but good luck making a case for the hardships suffered by guys spending five grand on PED’s monthly. Unfortunately there isn’t much of a movement to fight for the rights of people with 22” biceps. Those who choose to look super human had better have jobs lined up because very few mainstream employers will even call you in for an interview, let alone hire you. And even among the companies in the fitness industry, there’s a shrinking number of businesses that see the value in writing big checks to top bodybuilders. They’d much rather work with cheaper and arguably more effective social media talent. These folks want to make money, they don’t care about titles and trophies. If it’s not going to bring them a greater return on their investment (ROI) then they couldn’t care less. Are there avid bodybuilding fans who also own companies? Sure, but they’re not going to sacrifice their profits just to have the bragging rights of working with a Mr Olympia or great champion. Those who would will be on their way to going out of business.

When Blessing Awodibu was dropped from his sponsorship he hadn’t won any big shows. He had just lost the feud with Nick Walker and he was no longer being discussed as much. He was basically relegated back to being social media talent. There’s of course a place for that but he was no longer a priority.

The fact his contract expired without being renewed speaks to this reality. Also, the fact he allowed himself to get paid on a month-to-month basis highlights how tough times are for top physique-based athletes. When you’re paid month to month you don’t have the job security that only a contract provides. Your pay is subject to any number of factors. If you say or do one wrong thing and that could be it, you could be done. Pay is also a major concern, it might be better than nothing. Just because someone is a pro bodybuilder doesn’t guarantee they will have a sponsor.

There have been Mr. Olympia’s in the prime of their careers that have lost major sponsorships and were unable to get back with another company. And Blessing is no Mr. O – at least not yet. He’s a very talented, very popular guy who without Redcon1 couldn’t put anything together. And if he could, why didn’t he announce anything? Anyone whose contract doesn’t get renewed and/or who gets his walking papers has an obligation to him or herself to get with another company. Anything short of that means giving up on the sport. The fact is Blessing was SOL when he won Indy and SOL when he won the NY Pro.

Even after the Indy win it doesn’t seem like any company was pounding on A Force Of Nature’s door to sign him. Sure there’s plenty of big talkers – I interact with them all the time – but they don’t ever back up the talk. They talk about how they want to work with StrengthAddicts and how we’re going to kill it in the business, but when it comes time to actually sign anything, they get cold feet.

Bullshitters are everywhere in the fitness industry. The fact is, great contracts are not. Even though Redcon1 was no longer paying Blessing, he never stopped repping them. Some might call that diehard loyalty while others may attribute it to blatant desperation. Maybe just maybe after winning Indy they’d call him back. They didn’t. Maybe just maybe after winning New York they’d call him back. They didn’t. They only called him back when it seemed his stock had truly raised commensurate with a winner of major bodybuilding shows on that level.

The wins alone weren’t enough. It was only when the buzz that accompanied the wins hit the high mark that I think moves were made to actually sign Blessing to another contract. It’s only then that the company probably tried to create a false narrative. And it’s here where fans’ intellect got questioned.

There’s all sorts of supporters in the industry. And as much as I hate boxes they all fit into their own.

You’ve got the brand’s loyal base. They’ll believe anything that comes from Redcon1 headquarters. These might be tier operators, Aaron Singerman fans, or fans of RC1 sponsored athletes. It’s an interesting bunch and all companies have them. Then there’s the knowledgeable bodybuilding base. I often call these folks purists. They follow the sport and know its history. They used to subscribe to Muscular Development, Flex, MuscleMag and IronMan print magazines. They still go to bodybuilding shows and if there’s a big in-store they’ll wait patiently (even in the rain/snow) for a chance to meet their favorite bodybuilding champions. This crowd knows better, they know a top bodybuilder isn’t going to forgo seven months of pay to then remerge with the same company that screwed him over. They will be (and were) livid when Blessing went back, but only after two big wins and after he was on everyone’s radar. Then there’s the dope majority.

I call them dopes only because they’re clueless as to who’s Mr. Olympia, they don’t know the mandatory poses, and they don’t even understand how a bodybuilding competitor is judged and scored. They lack the understanding of how a contest is run. Not only don’t they know, they don’t even care. These folks comprise the majority of bodybuilding fans. Some buy supplements and go to the gym, but many don’t even do that. They are however, real people and they are on social media. They like what they like and they grow the sport. When it comes to company supporters and dopey fans, the alternative narrative might work, but for the loyal readers of IronMagazine it doesn’t even come close. When I first saw the news I felt like Redcon1 was trying to insult my intelligence and chances are if you’re reading this article you did too.

Once again companies don’t care about bodybuilding titles. They care about money. For example, when I went to the Natural Body event in New York, the majority of people waiting in line were there for Chris Bumstead. Nick Walker is the bodybuilder, he’s the Arnold Classic champion, but it didn’t matter. The people were there for Chris Bumstead. My point is it’s all about money. If Nick Walker was as big of a bodybuilding star as he thought he thought he was than they never would have dropped him.

Look at Enhanced Athlete, they saw Big Ramy and they figured that as the new Mr. Olympia champion and with all of the fans he had that he would make them a boatload of cash. So they offered him the biggest contract in bodybuilding history. That’s what you do when you want someone. When you don’t you underpay them and you test them. You see how desperate they are. Maybe they take less money for more work. Maybe they stick around when you don’t renew their contract. Maybe they accept being on a month to month contract. And maybe they keep flying your flag when you’re not paying them.

The fact is everyone thinks Blessing came back to Redcon1 and made them pay big. I don’t think so. Awodibu didn’t command a position of power. He was basically in limbo and they pulled him back in. Who knows if he even has a contract. I can bet you they didn’t pay him retroactively for the months he was up shit’s creek either. Those two bodybuilding wins didn’t get him his spot back, the industry buzz did. And by Blessing going back to Recon1 and lending himself to these bullshit skits that seek to distort what really happened, he’s setting athletes back significantly.

Not only isn’t there an athletes’ union but athletes who allow themselves to get punked by companies make it as to where pro’s can get treated like this over and over again. I get that Blessing needs to make a living but he comes out of this whole thing looking very desperate and dare I say, weak. It’s not a good look but it is what it is.