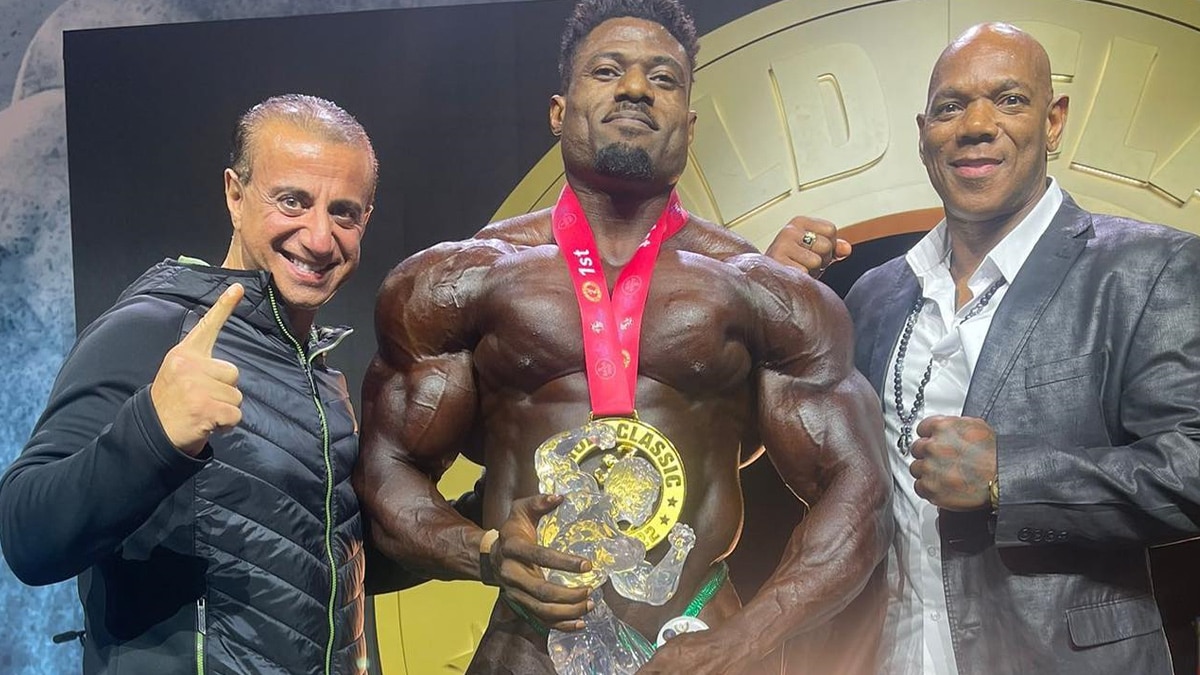 Andrew Jacked has won yet again and everyone at Iron Magazine sends him our sincerest congratulations. The Texas Pro champion had a lot to say following that victory. In many ways his win at the Arnold UK helped to solidify his position as a true contender for the 2022 Mr. Olympia. What it also did was hopefully serve as a teachable moment and a learning experience. While the champ had the best structure on stage, he wasn’t able to back up his considerable trash talk from Texas.

Let’s forget that after that competition he made some remarks that the contest was a sort of warm-up for the Arnold UK and that he only put in 60% effort. I’ve seen other media outlets state he actually said 75%. Whatever percentage he stated it wasn’t 100% and for that he won the backlash of countless fellow competitors, namely Bodybuilding University’s Martin “The Martian” Fitzwater who took 2nd in Texas and wanted a showdown in the UK. While it seemed Jacked was full of it since he apparently had visa issues and may not have competed across the pond, he was able to get that resolved, and do just that. However, no one could say he brought 25% better to the 2BrosPro stage. In fact, he didn’t look as good as Texas. He looked worse! Structure is what won it for him and also the fact his chief competition either looked lackluster initially and/or faded throughout the show. This in my opinion had a lot more to do with what was going on with the contest than anything the champ put into play. I don’t think any of the competitors were scared of Jacked. If anything, I think a great many of them wanted to stand next to him, and hopefully beat him.

The Arnold UK was a trainwreck. Whether it was Arnold’s fault, the promoters’ fault, or a little bit of both. The fact is every competitor woke up Friday – if they even slept – wondering if A). the show was going to happen and B). if they were going to get paid. Imagine their nerves. Imagine the emotional rollercoaster all of these jetlagged, depleted guys must have gone through. And while it was said they’d be paid prior to going on stage, how many guys do you honestly believe were able to hit the business-as-usual button and totally clear their minds from all the uncertainty and the bombardment of updates from the various bodybuilding of news from the media outlets? They were probably emotionally drained and they hadn’t even done the prejudging.

To say cortisol levels were bouncing all around would probably be the understatement of the century. Nothing in a bodybuilding prep can prepare an athlete for this kind of eventuality. If anything, coaches ask clients to avoid social media and try their best to be as stress-free as possible. To be honest I’m surprised at how well the guys did. They all put on their game faces and went to battle. Were they not the consummate professionals they are, they might have wanted more concrete proof they’d be paid, but when the Pro League stepped in that was all they needed to hear.

I’d like to reiterate that the Pro League saved the day. Kudos to Jim Manion and his entire team. Arnold didn’t do a thing. All he did was pull out. He did bupkis for the athletes. I think his lack of leadership and his lack of doing right by the athletes at a show that bears his name shows us what he’s really all about. He may have been the governor of California but when it comes to bodybuilding he isn’t any kind of a leader. Jim shouldn’t have had to step in. Arnold should have done this instinctively. If he took a loss, oh well; it’s not like he doesn’t have an army of lawyers that would have moved heaven and hell to make him whole again. It just wasn’t easy money and he was out. If Arnold truly was a man’s man he could have told the promoters he’d forfeit his “appearance fee” and to use it to help put money aside for the athletes. With all his movie and licensing money, not to mention the millions he’s made from all the Arnold Classics since 1989, would this have had any impact on his portfolio?

C’mon, get real, but his greed would never allow for such an altruistic act. Let someone else take care of the athletes doing his show. I think many of us learned what Arnold is all about.

I also hope Andrew learned that you can’t make statements like those he made in Texas. When you talk about how good you are and you can’t back it up – that’s not a good look. In a very real way I was surprised the judges gave him the win. And this is a point I wish the judges really got behind. They certainly do at the amateur level. If they see an amateur bring a certain level of quality, they come to expect that depth or more, to give favorable scores. If a competitor falls short, they don’t reward that. They only reward progress. This is why bodybuilding is said to be a competition between your last best look. It’s not you vs everyone else – it’s you vs you. When Jacked said Texas was just 75% (assuming he said that and not 60%), he should have been held to his own higher standard. When he hit the stage across the pond looking worse than his previous win, I would have thought he would have been penalized.

A similar argument can be made about Big Ramy in 2021 Mr. Olympia. The judges there allowed for The Egyptian Phenom to retain the title despite the fact he made no improvements from his 2020 win and actually looked worse. He was also holding water and didn’t fight nearly as hard as Brandon, Hadi, or William when posing on stage. Moreover, Brandon had made improvements, was way more conditioned, and gave his heart and soul during the mandatory poses and posedown. Brandon’s placings didn’t change from 2020 to 2021. If only the judges judged the pro’s the way they judge the amateurs – we’d have a far more competitive group of guys in Men’s Open Bodybuilding. If the judges judged pro’s like they judge the amateurs, we might also have had a different 2022 Arnold UK Men’s Open Bodybuilding champion.

Again I’m not saying Andrew didn’t deserve to win. I’m also not saying that there’s any public outcry for the judge’s decision. They got it right, BUT, Andrew asked to be held to a higher standard post Texas Pro and he wasn’t when push came to shove. That kind of trash talk should come with consequences; especially if it’s nothing but hot air. Maybe it’s what’s needed for entertainment and maybe it’s all in good fun at the end of the day, but things could have gone way wrong for him. His chief competition had their own issues, but they were both ready. Actually I’d say everyone in the Top 6 was able to do very well considering all the bullshit with the namesake and promoters on Friday morning. Again, I’m not saying who was more to blame, but it should never have gone down the way it did.

In closing, congrats to Andrew – and all the guys who will continue accumulating points for the Olympia. I think Andrew needs to stop competing till Vegas and give his body some kind of a limited breather. I think he’ll be very dangerous and will go into the contest with considerable buzz. Once again, I’d like to congratulate the champ and wish him nothing but continued success.

Do you agree with the placings at the Arnold UK? Did you have Andrew Jacked winning and how do you think he’ll do at the 2022 Mr. Olympia? As always I hope you enjoyed reading my article at Iron Magazine. I look forward to reading your feedback in the comments.

Newer Post
PEAK ATP: Is This a Missing Link to Achieving More Muscle Growth?
Older Post
Who is the Next True Fitness Pioneer Going to Be in the Industry?