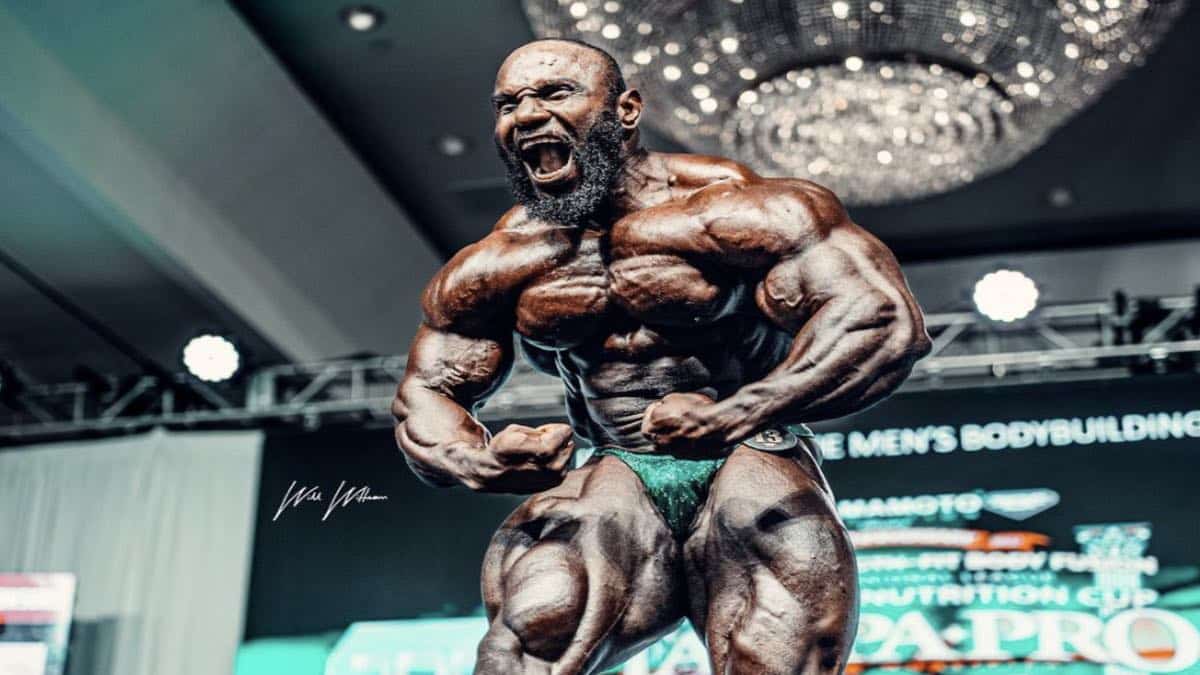 For starters congratulations to The Brooklyn Beast Akim Williams on his huge win at the 2022 IFBB Pro League Tampa Pro. I congratulated him on a small IG story and received a massive backlash from my followers on my @StrengthAddicts page. I don’t think that was justified for a couple of reasons. First of all Akim won the contest. Without getting into whether we agree with the judges or not they picked a winner and I think it’s important to congratulate whoever gets the W. Second of all, Akim is my friend.

To my critics that does not mean I’m not friends with Kamal nor does it mean I don’t think a strong case can be made for The Lion of Libya having won the contest. It simply means that I congratulated the guy who got the win. With regards to my opinion as to whether the judges got it right I’ll be happy to share that with you here in my article for Iron Magazine. Before though I’d like to make one observation and that’s all it is. I have never spoken for the judges – other pundits have tried to do in the past – but I’m simply speaking for me, myself, and I.

After Shaun Clarida shocked the world beating guys over 100 pounds bigger than him and forcing the discussion of whether or not a 212 competitor who qualified in the Open and the 212 should be able to do both divisions at the Olympia, i think that the unspoken word is to not allow for this scenario to play itself over and over. It’s one thing to force Clarida to pick between the two divisions – something which I find to be most unjust – but it would be quite another to then also force Kamal to do the same. Now I’m not saying that El Gargni took 2nd just because his winning would have added to the confusion of what to do with Clarida, but I don’t think the powers that be want 212 guys winning Open shows. There’s a w212 for a reason and if those guys start competing in Open and winning Open shows then what’s the point of having the lighter division? That said, maybe I’m way off.

Another school of thought is size. For as good as the 212 guys are they break with the pattern. They give up a lot in height and they give up a lot in size. No matter how great they look they stick out like a sore thumb. In theory it’s great to see David topple Goliath but the Open Division risks being hijacked by the smaller guys. It almost creates an unfair playing field because the 212 guys could potentially double dip. While they can jump into the Open and win, the Open guys can’t jump down and win 212 shows. Not only can’t they do it, but they don’t want to. The hijacking of the Open division, if you can even call it that, is probably not something the judges think about when scoring a show, but there’s a lot of dumbfounded fans and pundits who don’t understand how or why Akim beat El Gargni. Many believe Kamal bested Williams in both the prejudging and finals. And anytime public opinion dominates the conversation and there aren’t answers which sufficiently satisfy the clamor, then fans start looking at alternative narratives.

The fact is the contest looked a lot closer than it was. The judges had Williams winning both the prejudging and the finals. While it looked close from the photos and the many insiders were expecting another Clarida-like upset in Tampa, there was never any question of that from the judging panel. In fact, one look at the scorecards and it would seem that Akim dominated the Top 5. And from all the feedback, no one who I consider credible has said the champ was off. If anything, the worst I’ve heard is that he looked like he always did. And let’s not forget that Williams is a Top 6 Olympian. He was among that elite group in 2020 and in 2021 he remained in the Top 10. He’s also won a number of titles and is considered to be one of the biggest bodybuilders on the planet. The fact is Kamal totally out-conditioned him but the size difference was unquestioned. Still bodybuilding isn’t a contest based on size. Sure size is a factor but so is condition, symmetry, and balance. Posing is also a key factor. Both of these guys went to war and both of these guys put on impressive posing efforts on stage.

When you look at the contest pose by pose however I think a case can be made for either guy. It’s just so hard to give Akim the win if you’re a condition person. That said, the size difference for me is one that’s very difficult to brush aside. I loved seeing Shaun topple guys like Regan Grimes and Sergio Oliva Jr. I saw the same happening in Tampa; however, I also got a feeling like this was going to create a lot of problems for both the 212 Division and the question of 212 competitors double-qualifying for the 2022 Olympia. Imagine if Kamal had won and then he was in the same predicament as Clarida. Then on top of that you have the reigning 212 Olympia Derek Lunsford champion dwindling his thumbs till Dan Solomon called him with a special invite. That would potentially have left the 212 without last year’s Top 3.

The fact is when I heard Kamal was entering the Open for Tampa I really didn’t know what to make of it. There’s simply no one in that lineup – or most Open lineups – that The Lion of Libya can’t beat. In many ways he’s like another Dexter Jackson. At 51 years of age he out-trains most, he can out-pose guys thirty years his junior, and he could easily win one, two, or more 212 Olympia titles.

But can Kamal or Shaun win the Open Olympia? Sure they could, but how likely is it? Derek Lunsford probably has slightly more chances because he’s been able to put on a lot more size on his frame, but can a 212 competitor within that weight class beat the best of the best in the Open? I think that’s not very likely. And that’s where the question of 212 guys doing Open shows really comes into play.

Why are they doing these Open contests unless they plan on moving up altogether? If they’re still going to do the 212 Showdown are they taking spots away from guys who could qualify by winning Open shows? And should even that even matter?

Put side by side I think Tampa could have gone either way. I think that Kamal’s condition was razor sharp and he looked way better in many of the photos. That said, you can’t judge a show based on photos. With regards to the videos I saw, the quality simply wasn’t there. From what I’ve heard there’s some really good 4K stuff out there but as of yet I haven’t seen it. For as many impressive stills of Kamal that I’ve seen, I’ve seen some really good ones of Akim as well. Kamal was more shredded but Akim was way bigger and fuller in many of the poses. And while I don’t care much about size when it comes to mass monsters versus aesthetic freaks, the height difference between the 212’ers and the Open guys is hard to miss.

Although I try not to dwell on it, it breaks the pattern in such a way as to almost look a little silly. That said I don’t think anyone can blame the lighter division guys for wanting to compete with the big boys. Their level of exposure is undeniably less. Their prize money is a fraction of what their Open counterparts make. And the future of their division seems to always be in question. From the moment the Arnold Classic stopped offering it to the huge disparity in prize money, I think a lot of 212’ers have considered competing in the Open because they can’t afford not to. Sponsorships just aren’t there nor is there big money in guest posing appearances. Competing in the Open might be the only option left for them.

I don’t know why Kamal chose to compete at the Open in Tampa, if he’s switching divisions altogether, or if maybe this was just for fun. The fact is a very strong case can be made for him winning Tampa. I think he looked out of this world, but the fact is the judges are the ones who decide and in their estimation it wasn’t even close. This was not a 1 point decision and they didn’t drag on the show comparing these guys over and over again. That said, I can see the 2022 Tampa Pro as being a contest that lives on for years, with fans arguing this decision on the boards and groups indefinitely. It’s great for the sport that two guys pushed each other to the limit like this. And who knows, maybe this will light a fire under Kamal to compete in Open again. Like I said, he could have easily walked away with the win and no one would have complained about it.

There’s simply no question who was the most conditioned bodybuilder on that stage. It was Kamal El Gargni; however, bodybuilding isn’t just about that. Who did you have winning the contest? Did the judges get it right?

Newer Post
Is BioSteel a Better Alternative to Gatorade for Hydration?
Older Post
Is the Fitness & Bodybuilding Industry Nothing More Than a Casting Couch?